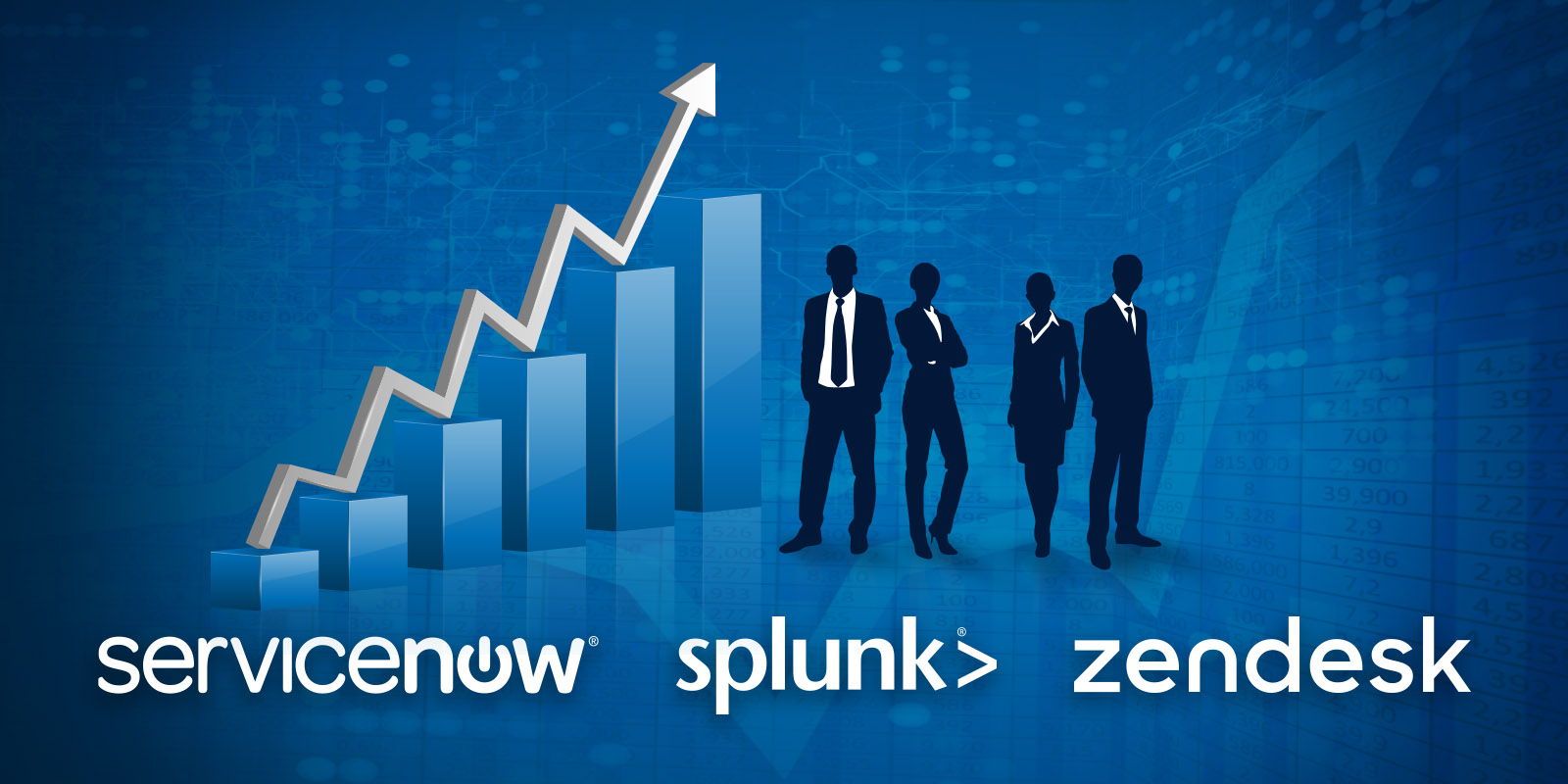 Top sales leaders at public companies are becoming more prominent in senior executive ranks, and their pay is increasing in parallel. As we enter the 2018 proxy season—when executive compensation data will be reported for fiscal year 2017—Equilar analyzed how sales leadership roles have evolved as one of the top named executive officers (NEOs) at U.S. public companies in the recent past. A similar study in November 2017 analyzed chief marketing officers.

There were 218 top sales executives disclosed in annual proxy statements as one of the top 5 highest-paid employees at their respective companies in fiscal year 2016, and median compensation for these leaders was approximately $1.3 million. Below is a list of the 10 highest-paid executives in a sales-specific role (often the Chief Revenue Officer) that were disclosed in public filings for 2016.

To request a list of the top 50 highest-paid sales executives in the most recent complete fiscal year, please fill out the form below this table. The complete methodology for the study may be found at the bottom of this article.

In 2016, there were 218 CROs or other top sales executives that were named in proxy statements as one of the top five, highest-paid employees. That number has increased in each of the past five years—growing from from 195 in 2015 and up from 123 just five years ago. Overall, there was a 77.2% increase in the number of sales executives named as top 5 highest-paid officers across the study period. This clearly shows that companies are putting greater emphasis on sales expertise and revenue growth. 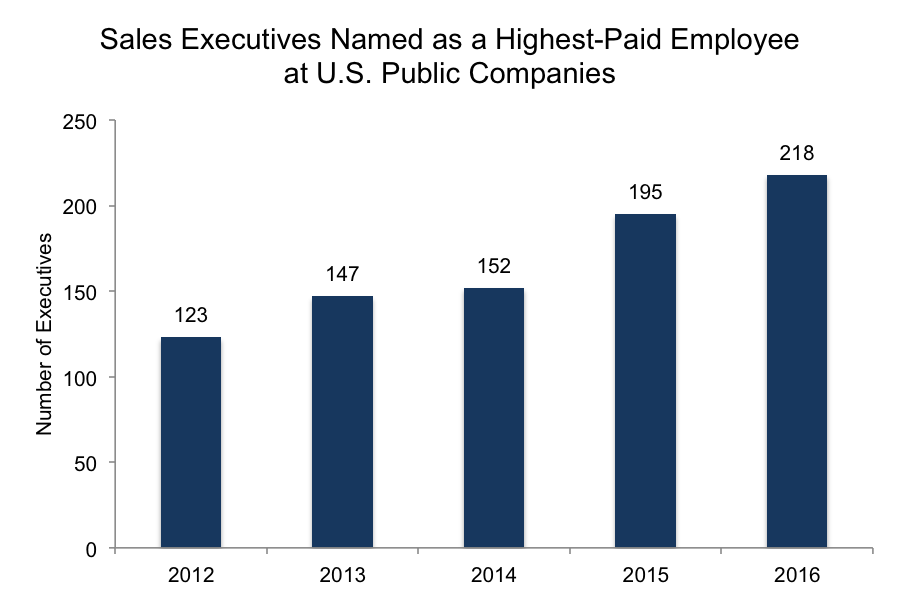 Median pay for the individuals who were included as NEOs in proxy statements increased significantly as well during the years Equilar studied. Overall, median total compensation for sales executives grew 26.0% over the five-year period, reaching $1,278,550 in 2016, up from $1,002,408 in 2012. By comparison, CEO pay was up 22.2% in that time frame for Equilar 500 companies, the largest U.S. companies by revenue. 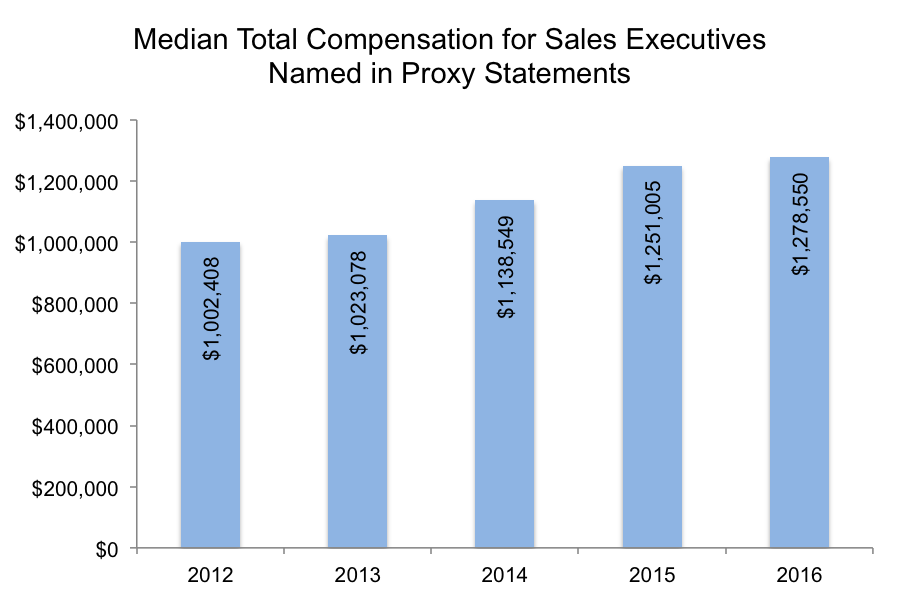 Just two of the 10 top-paid sales leaders were female in 2016, earning the 2nd and 8th spots on the list. While 20% may seem low, women in leading sales roles are even more sparse across the public company universe. 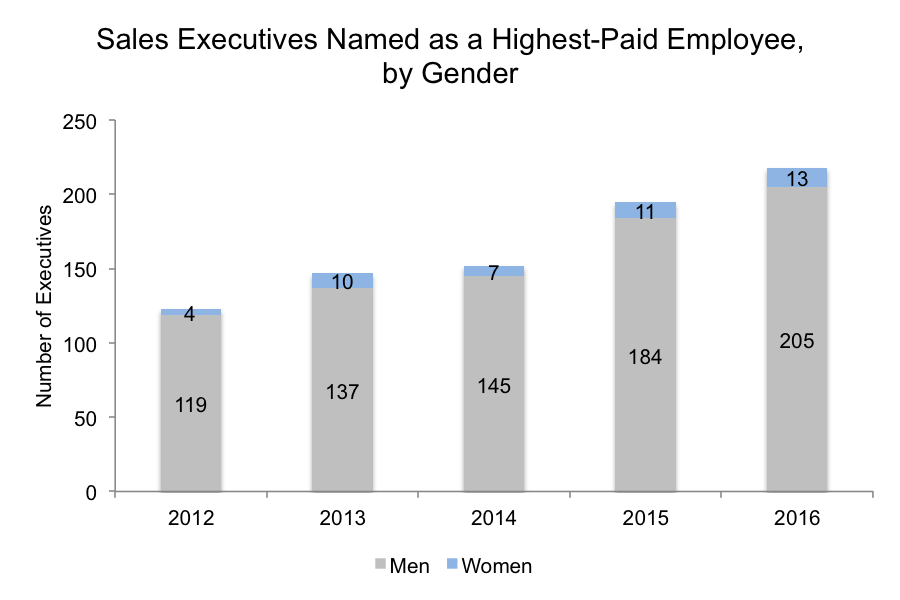 Methodology: Equilar analyzed all U.S.-based or listed public companies with more than $650 million in market capitalization in fiscal 2016 and that filed proxy statements for fiscal 2016 before August 15, 2017. The study then looked at that universe of companies historically over the preceding five fiscal years.

Learn more about how Equilar data can help identify executives and board members for business development, recruiting and benchmarking at https://www.equilar.com/boardedge-business-development.html.