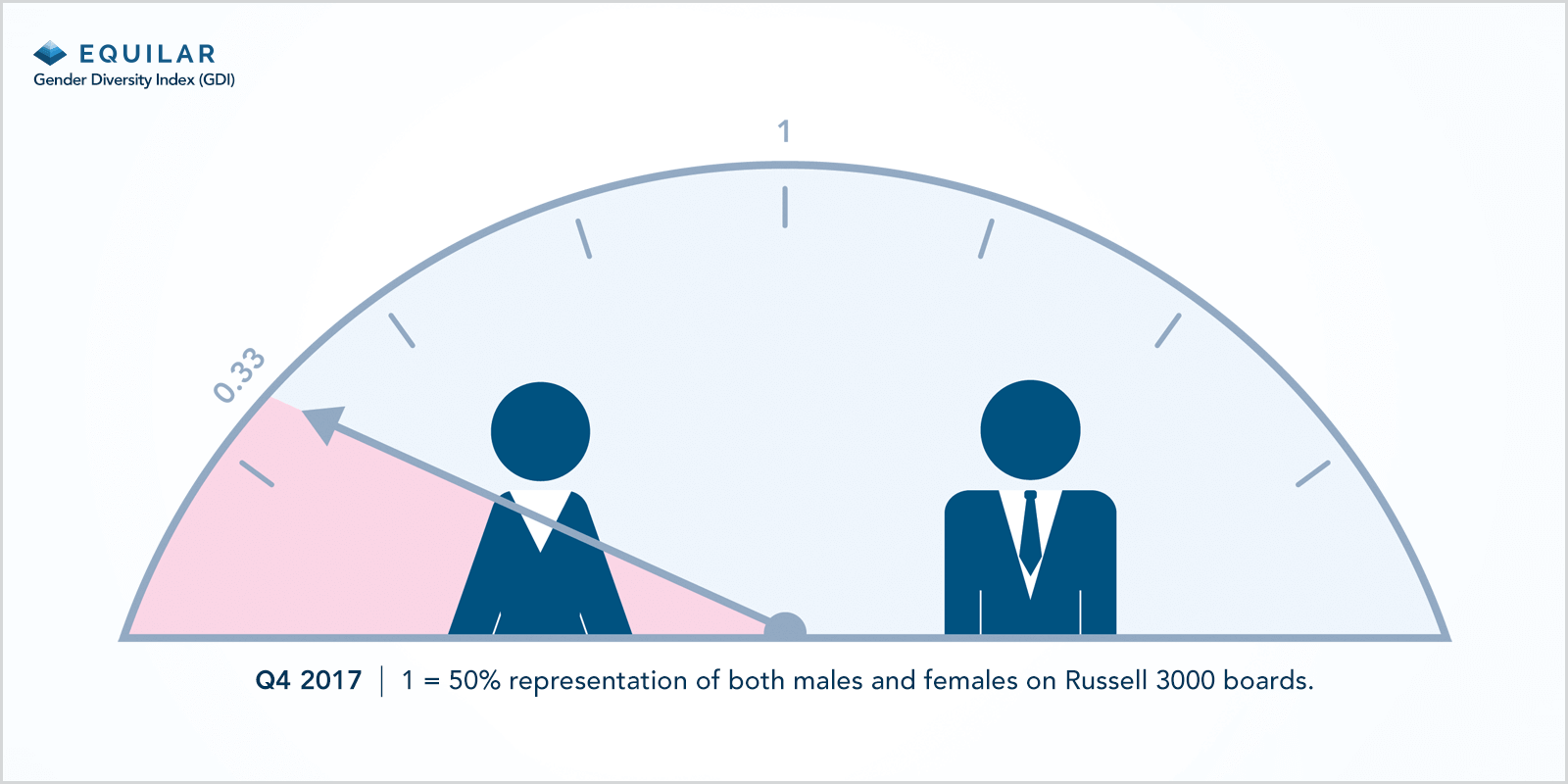 Due to accelerating growth in the percentage of women on boards at Russell 3000 companies, gender parity is now expected to be achieved by 2048, according to the latest Equilar Gender Diversity Index (GDI).

Thirty years may seem like a long way away-and it is. However, this projected timeline has shortened considerably in one year. The inaugural Equilar GDI, published in February 2017, found that women occupied 15.1% of Russell 3000 boards as of 2016 proxy statements, and at the rate of growth to that date, gender parity would not have been achieved until 2055.

"Even if it's still 30 years away by this projection, I'm optimistic that the speed of change will accelerate significantly over the next decade due to a number of forces," said Susan Angele, Senior Advisor with KPMG's Board Leadership Center and a member of the Equilar Diversity Network (EDN) Advisory Council.

"The number of available board seats will increase as some directors may be asked to leave or opt out of their boards as board workloads continue to rise, good governance increasingly demands robust individual director evaluations, and board skill sets link more closely to company strategy," Angele added. "In addition, baby boomer directors will begin to reach retirement age in large numbers, and board members who retire will likely be replaced by directors who are more diverse in terms of experience and skill set as well as gender."

The progress made toward gender parity is a meaningful step on the path to more diverse representation in corporate boardrooms more generally, but there is still a long way to go. As of December 31, 2017, the Equilar GDI was at 0.33, meaning that just 16.5% of board seats at Russell 3000 companies belonged to women. That figure increased from 16.2% a quarter earlier. 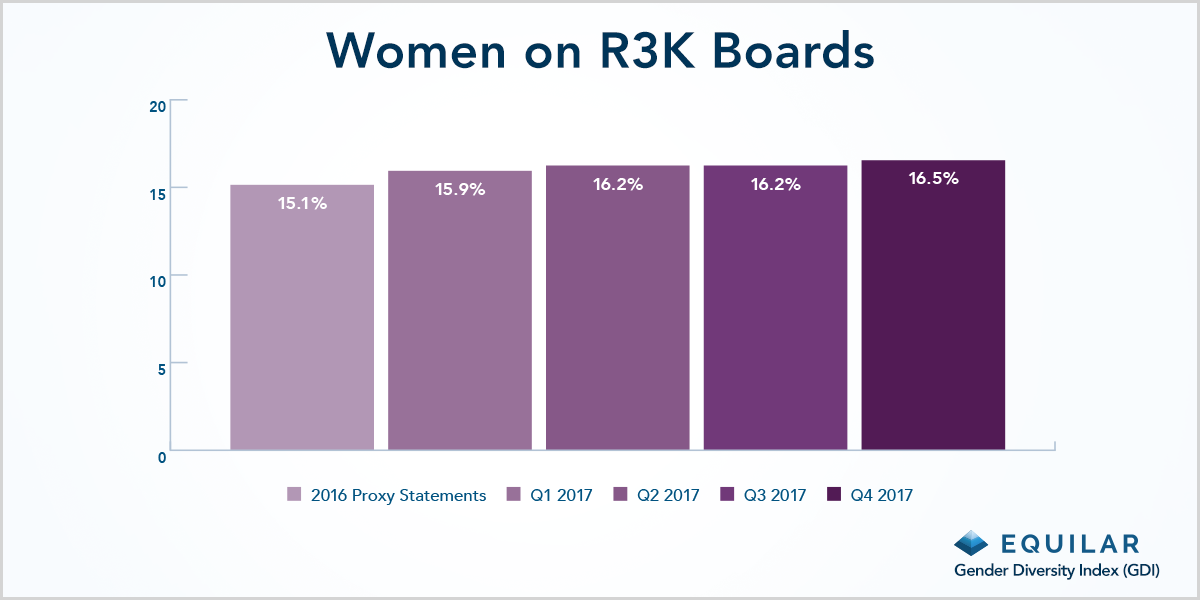 You may also request a complimentary executive summary of additional findings in this quarter's Gender Diversity Index. Use the comments section to request additional data on board composition or information from on the Equilar BoardEdge platform and the Equilar Diversity Network.

The number of boards without women has also steadily declined since Equilar inaugurated the Gender Diversity Index. In 2016, nearly 25% of boards had zero women. In the time since then, the percentage of Russell 3000 boards that are all-male has dropped to 20.8%.

"There is a lot in these numbers to be optimistic about-a date that achieves parity seven years sooner, fewer boards with zero women, and more boards at gender parity," said Blair Jones, Managing Partner, Semler Brossy Consulting Group and a member of the EDN Advisory Council. "Of course, there is more to be done to improve these values further, but the concerted effort of investors and companies is clearly making a difference."

The largest shareholders are placing an increased emphasis on diversity and other social issues, in many cases voting against board leaders who are responsible for oversight of these issues. These actions will continue to drive companies to assess their board composition as well as general director recruiting policies.

"Over the past few years, many large investors have updated their voting policies around board diversity. In addition, many of these institutions have asked issuers to provide further disclosure related to board member qualification metrics, board refreshment process and director recruitment practices," said Brigid Cremin Rosati, Director of Business Development at Georgeson and a member of the EDN Advisory Council. "These combined efforts have set a high threshold for companies to meet, and in my view, these efforts and media scrutiny will ultimately continue to accelerate gender parity on boards."

The list of boards that had 50% or more representation of women as of December 31, 2017 is below.