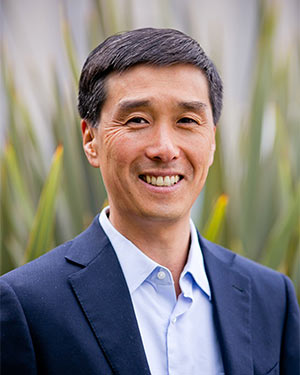 David has led Equilar since its inception to become one of the most trusted names in the corporate governance community. David has been recognized as one of the “100 Most Influential Players in Corporate Governance” by the National Association of Corporate Directors (NACD), the Disruptor Award by 2020 Women on Boards and Outstanding 50 Asian Americans in Business. David speaks publicly on corporate governance and board diversity matters, including events hosted by The Conference Board, Deloitte, EY, HR Policy Association, KPMG, NACD, NASDAQ, NYSE, The Society for Corporate Governance and Stanford’s Directors’ College.

Prior to founding Equilar, David was a Vice President in the Investment Banking Division of Donaldson, Lufkin and Jenrette, a global investment bank that has since merged with Credit Suisse. Prior to DLJ, David was a management consultant with Bain & Company and also Kenan Systems, a telecom software developer acquired by Lucent Technologies. 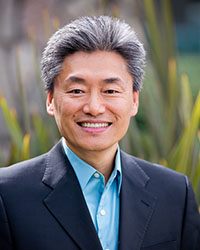 Song is the Executive Vice President of Products and Engineering leading the Product and Engineering, IT. With deep experience in startup and public companies, he has a passion for creating products that users love. Prior to joining Equilar, Song was driving the award winning IoT (Internet of Things) platform as the VP of Products for People Power Company; and he built and drove the mobile team that created applications for the managed corporate travel industry at Deem, Inc. That team successfully created over 100 branded mobile applications for 4 mobile platforms in 9 languages; winning the GBTA award for best Business Travel application in 2012.

Song has been a founder or VP of Products in several startup companies addressing complex problems such as document collaboration on mobile devices (Soonr.com); unstructured data mining and categorization (iMiner); digital media management and distribution (Mediabolic); and dynamic website development (QuickSite). He is a named inventor in six (6) technology patents. He started his career at Borland International as a System Engineer and later as the Sr. Product Manager for category defining products such as Quattro Pro Spreadsheet and dBASE for Windows. Song studied Electrical Engineering and Fine Arts at the University of Texas at Austin. In 2016, he completed the Advanced Computer Security Professional Certification at Stanford University. 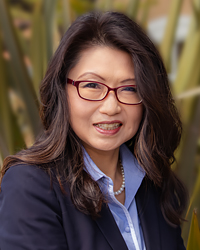 Mei is Vice President of Finance and Accounting at Equilar and is responsible for leading finance and accounting operations. Prior to joining Equilar, she was the Director of Finance and Accounting at Camberview Partners responsible for corporate accounting and financial reporting to the firm’s executive team and Board of Directors. Previously, she held Finance Director roles at RS Investments and Blackrock where she built and led the business financial planning, analysis and reporting functions, providing insight into business performance and strategic decision-making support. While at Blackrock, Mei also led several projects on finance processes and data improvement. She also worked at PwC in the Audit and Assurance practice, where she conducted and led audits of public and private companies across various industries, with a focus on financial services.

Mei received a B.S. in Accounting from San Francisco State University and is a CPA. 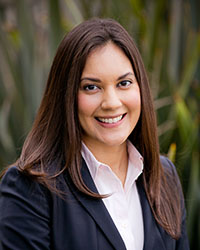 Belen is the Vice President of Strategic Initiatives and Communications and oversees operations and partnerships related to Equilar’s corporate governance research. She also leads Equilar’s Diversity Network (EDN) initiative focused on increasing diverse representation in boardrooms across the globe. Through the EDN program, Belen established partnerships with leading ethnic and gender diversity-focused organizations creating a “registry of registries” of board-ready executives. EDN partners include Catalyst, 30% Club, CalPERS and CalSTRS, Committee of Economic Development, among others.

With more than ten years in the corporate governance industry, Belen has extensive experience working with boards and senior executives from Silicon Valley start-ups to Fortune 500 companies. Prior to joining Equilar, she managed executive leadership development and board recruitment practices where she worked closely with board leadership and potential candidates to place top board talent.

Belen often speaks publicly on board diversity and corporate governance matters, including events hosted by the Society for Corporate Governance, NASDAQ, Stanford Women on Boards, National Association of Stock Plan Professionals (NASPP), and Global Equity Organization (GEO). Her research on board composition and executive compensation has been cited in several regional, national, and trade publications, including The Wall Street Journal, Directorship, Directors & Boards, and Agenda.

She earned her Bachelor’s degree and MBA from Santa Clara University. 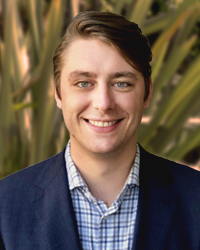 Director of Sales
and Client Services

Director of Sales
and Client Services

As Director of Sales and Client Services at Equilar, Will leads the sales organization across new business, strategic partnerships, board services and account management teams. His primary focus is helping the C-Suite and boards of public companies embrace a data-first strategy for tackling executive compensation, director recruitment and other major corporate governance challenges.

Since 2017, Will has held roles leading client services and strategic partnerships while also spending time on the new business team as an Account Executive. He developed extensive experience in governance and compensation through his work with public company boards, C-Suite executives, consultants and institutional investors.

Will came to Equilar from CDW where he spent three years advising high growth companies on technology challenges and strategies focused on data center architecture, cyber security and cloud adoption.

He studied International Relations and Business at the University of New South Wales in Sydney, Australia and is currently completing studies at Harvard University Extension School. 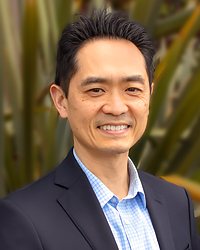 Director of HR
and Administration

Director of HR
and Administration

Steve is the Director of HR and Administration at Equilar leading HR and administration as well as contracts management and internal legal functions. Prior to joining Equilar, Steve spent 13 years at Live365, an Internet radio company, building and leading the HR department while also serving as the head of compliance and reporting. Steve brings over 15 years of HR and administrative experience including immigration and crisis resolution along with expertise in contracts management.

Steve also serves as the Corporate Secretary for Equilar and manages all aspects of the corporate governance for the company. He earned his Bachelor’s degree in Political Science from the University of California at Berkeley. 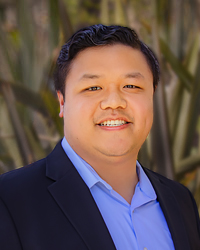 Courtney is the Director of Research at Equilar. Starting off as a Research Analyst, he now leads operations related to Equilar’s executive and director data research. With more than six years in the industry, he has extensive experience working with senior executives from Fortune 1000 companies on executive compensation and corporate governance issues. 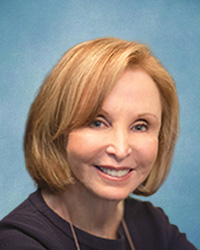 Katherine August-deWilde is currently vice chair of First Republic Bank (NYSE:FRC), and an experienced independent corporate board member with both publicly and privately held companies. In 1985 she was instrumental in the launch of First Republic, and served as its president from 2007 to 2015, growing the enterprise value in excess of 25 percent per year. Prior to First Republic, she was CFO at the PMI Group and a consultant for McKinsey & Company.

Since assuming her role as vice chair of First Republic in 2016, Ms. August-deWilde has focused additional time on her board portfolio, which also includes TriNet Group, Inc. (NYSE:TNET), Sunrun (NASDAQ:RUN), and Eventbrite. She is a member of the Advisory Council of the Stanford Graduate School of Business; the Advisory Council of the Stanford Center on Longevity; Catalyst Corporate Board Resource; and The Committee of 200. Previous service includes vice chair of Town School for Boys and a trustee of the Boys and Girls Clubs of San Francisco.

Ms. August-deWilde holds a BA from Goucher College and an MBA from Stanford Graduate School of Business. 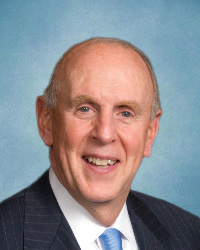 Peter Browning is the Founder and Managing Director of Peter Browning Partners, LLC, board advisory and CEO consulting firm. Since 1987, Peter has served on the boards of directors of 14 publicly traded companies, including Wachovia Corporation, Lowe’s Companies, and Nucor Corporation where he served as Non-Executive Chair or Lead Director for 15 years. He has served as Chairman and CEO of the National Gypsum Company, and as President and CEO of Sonoco Products Company. Peter presently serves as Lead Director of Acuity Brands, and is also a member of the boards of directors of ScanSource and GMS. He is a founding member of the Lead Director Network, the former Dean of the McColl School of Business at Queens University of Charlotte and a lifetime member of The University of Chicago’s Council on the Booth Graduate School of Business.

In 2004, Board Alert Magazine selected Peter as one of eight “Outstanding Directors of the Year” for his role in the successful CEO transitions at Lowe's and Nucor. He is also the 2009 recipient of Boston University's "Gislason Award for Leadership in Executive Development," and he was selected for the "NACD Director 100 List" in 2011 and 2012. 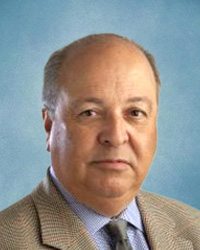 Jim Casella is Chairman, CEO and Founder of Case Interactive Media (CIM), affiliated with Austin Ventures where he serves as CEO-in-Residence for their Growth/Private Equity practice. He is Chairman and CEO of Asset International, a leading B2B information and technology company in the financial information sector. Jim has extensive leadership experience in the information services industry, including: serving as Vice Chairman of Reed Business (Reed Elsevier's business-to-business division), CEO of U.S. operations for Reed Business Information, Chief Operating Officer at IDG, President and CEO of PennNet (now PennEnergy), President of ABC Consumer Magazines (a division of Capital Cities/ABC), and Vice President of Sales and Marketing for HBJ Media Systems at Harcourt Brace Jovanovich. 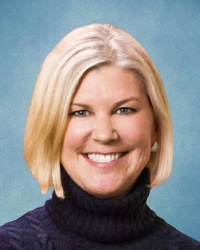 Linda Crawford has extensive experience driving innovation, employee success and customer success at the world’s leading software companies. She previously served as the CEO of Helpshift, a venture backed company focused on AI driven Customer Support Solutions for B-C companies. She also served as the CRO of Optimizely which focused on solutions for Marketing. She spent nearly a decade at Salesforce in several executive positions including EVP of the Sales Cloud. Prior to Salesforce, Linda held executive positions at Siebel Systems, the company credited for creating the CRM industry.

Linda served on the board of Demandware (NYSE). It was acquired by Salesforce in 2016. She currently advises CEOs and leadership teams of venture backed companies. 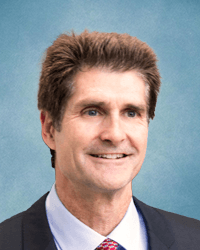 In February 2007, Governor Arnold Schwarzenegger appointed Guardino to a four-year term on the California Transportation Commission. He was reappointed twice by Governor Jerry Brown, and in 2019, Governor Gavin Newsom appointed him to his fourth consecutive four-year term.

Known throughout the region as a consensus builder, Guardino has championed a number of successful ballot measures, especially in the areas of transportation and housing.

Guardino was born and raised in San Jose and received his Bachelor of Arts degree in political science from San Jose State University, where he is a Distinguished Alumnus.

Carl is married to Leslee Guardino. In their spare time, they compete in marathons, triathlons and duathlons.