Milestones on the Long Road to Gender Parity 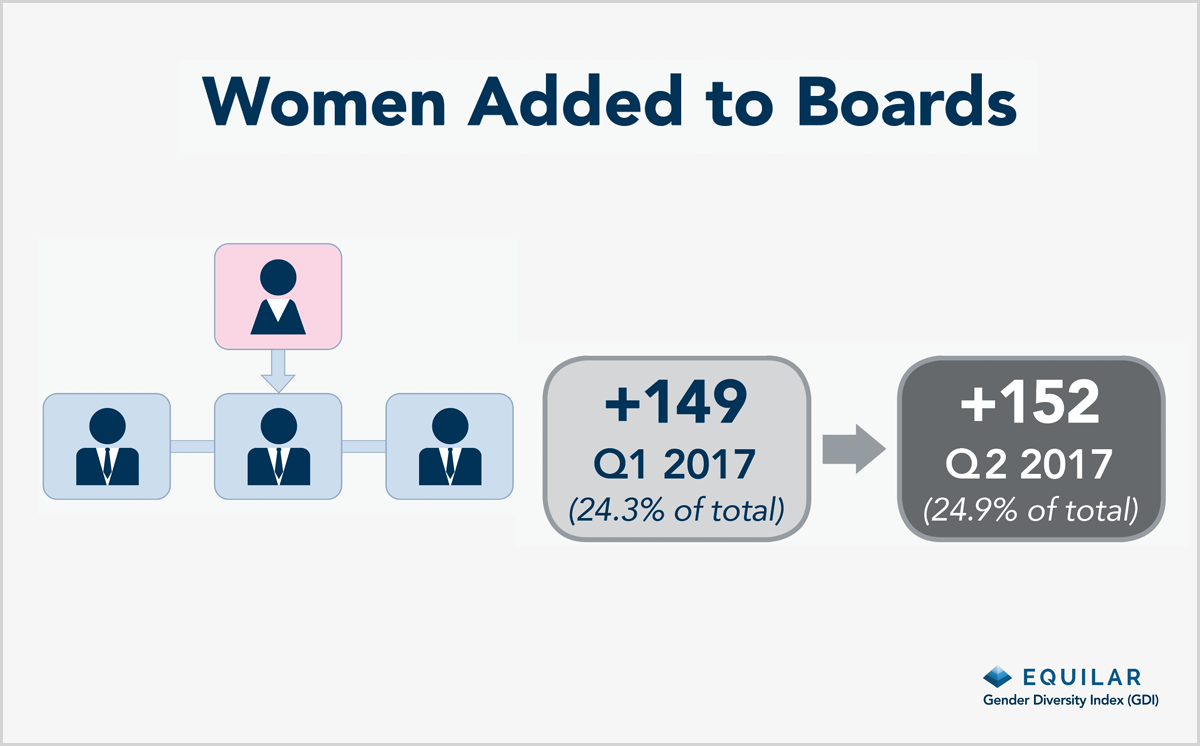 The latest Equilar Gender Diversity Index (GDI) shows little movement in the number of women on boards, as the percentage of Russell 3000 board seats represented by women increased from 15.9% in Q1 2017 to 16.2% in Q2.

Despite slow movement, clear action from investors like BlackRock and State Street could signal 2017 as an important milestone. In late July, State Street said it voted against the re-election of directors at more than 400 companies, and BlackRock announced that it supported eight proposals requesting policies on board diversity. At five of those companies, BlackRock voted against nominating and governance committee members.

Overall, the number and share of new board seats being filled by women continues to climb. A total of 152 female directors took board seats at Russell 3000 companies in Q2, or 24.9% of board seats that changed hands. That figure increased from 24.3% in Q1 2017.

The number of boards with zero women also continues to decline. At the end of Q2 2017, there were 610 Russell 3000 boards without any females—or 21.7% of companies in the study. That figure was down from 738 companies who had zero women in 2016.

For the third quarter in a row, there has been an increase in the number of boards at parity, which now stands at 24, up from 22 in Q1. In addition, there are 48 companies that are between 40% and 50% women—also an increase of two companies from Q1 2017. 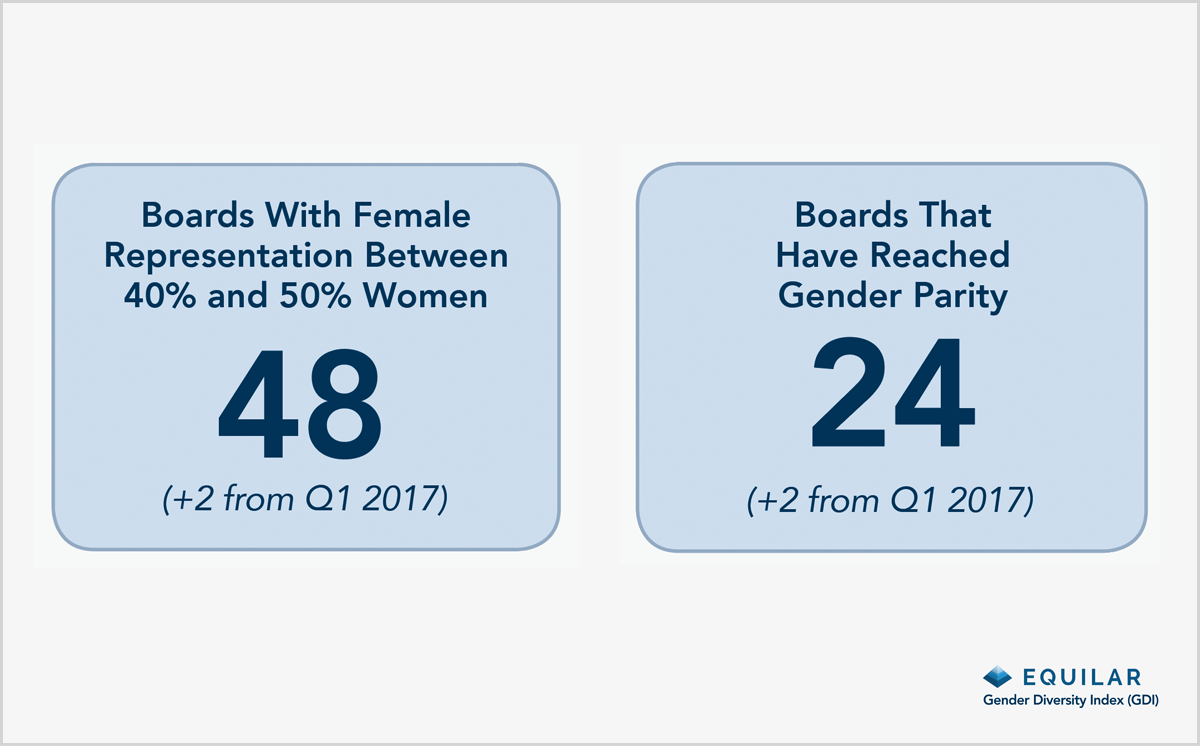