Declassified Boards Are Much More Likely to Be Diverse 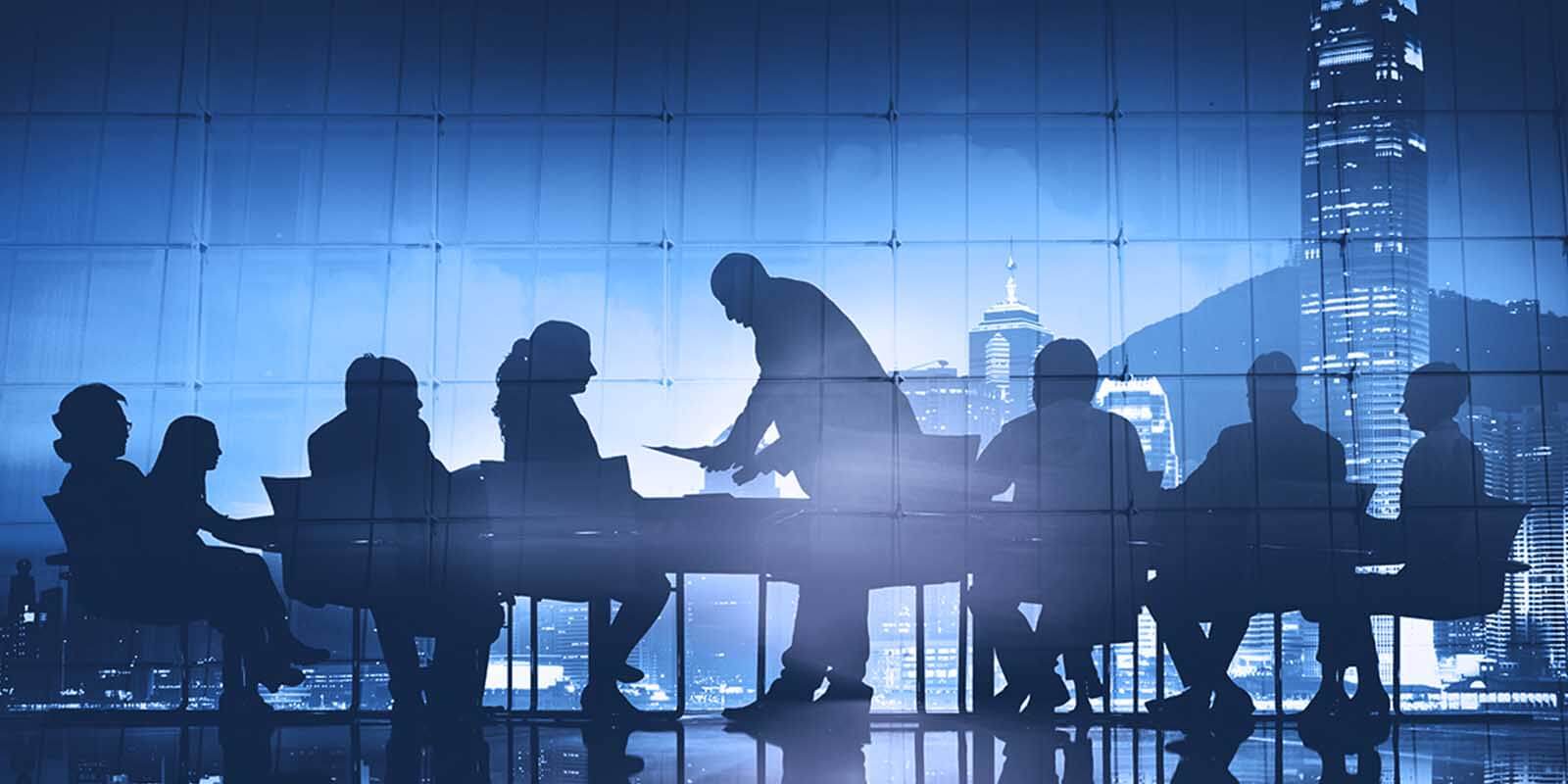 The Equilar Gender Diversity Index (GDI) has reported that, at the current pace of growth in female representation on public company boards of directors, gender parity would not be reached until Q4 2055 for the Russell 3000. However, annually elected boards may already have an edge against their classified counterparts.

Classified boards, also colloquially known as staggered boards, create separate “classes” of directors who are elected for multiple-year terms, with one “class” coming up for re-election each year. Proponents of classified boards say they strengthen a company’s long-term strategy by increasing focus and dedication. Classification may also reduce stress on a board by creating job stability and preventing hostile corporate takeovers. On the other hand, advocates of declassified boards highlight how annual elections can increase accountability and responsiveness to shareholders. Over the past five years, corporations have seen a strong migration away from classified boards to annually elected boards with no director classes. Indeed, almost 90% of large-cap companies now have declassified boards, up from about two-thirds in 2011. 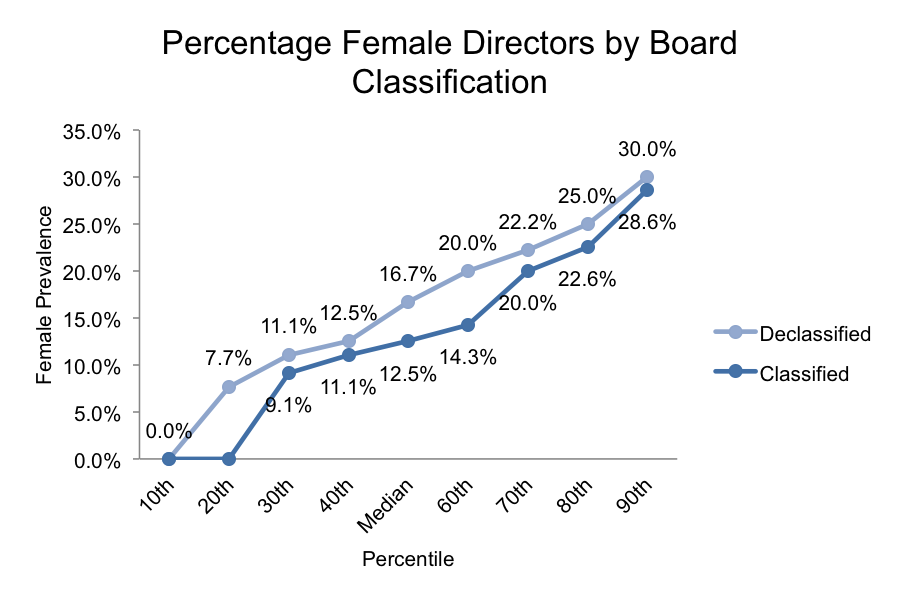 Separating companies by market capitalization provides another look into how market value may affect gender diversity. Size doesn’t mean everything, but when it comes to gender diversity company size it clearly correlates to higher female prevalence on boards overall. 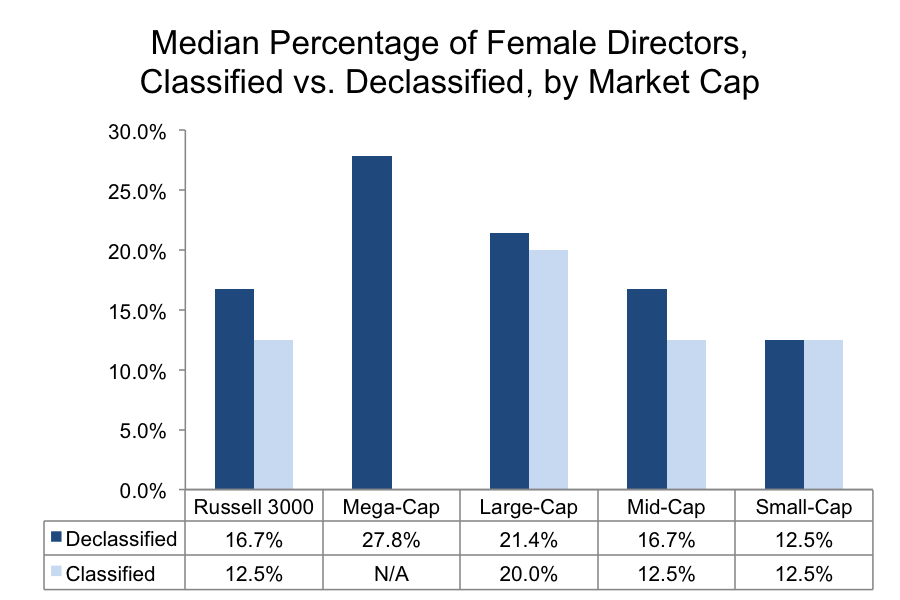