Boards Will Reach Gender Parity in 2055 at Current Pace 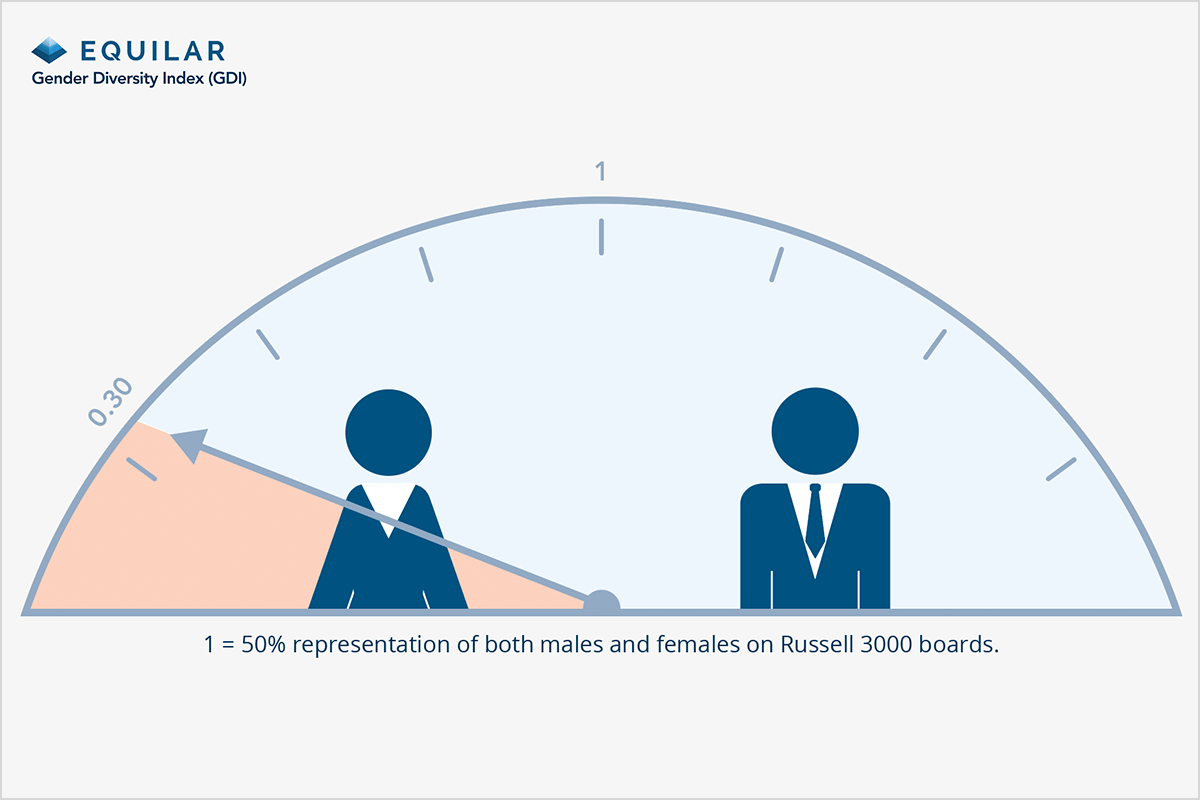 The new Equilar Gender Diversity Index (GDI) revealed that it will take nearly 40 years for Russell 3000 boards of directors to reach gender parity. If the current rate of growth remains the same, Russell 3000 boards would reach 50% male and 50% female representation in Q4 2055. 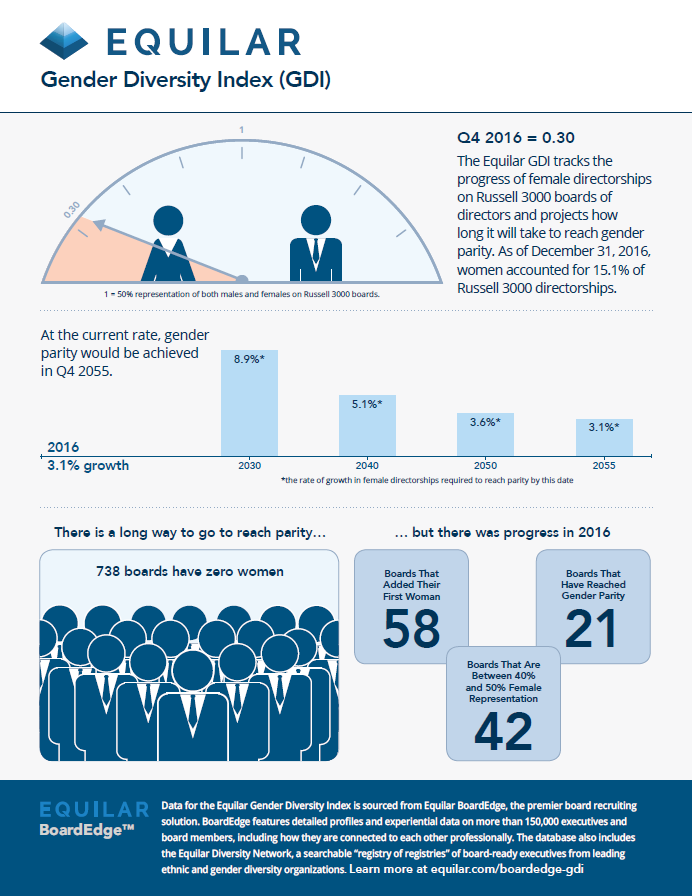 “The Equilar GDI is an important benchmark for gender diversity on public company boards,” said David Chun, Founder and CEO of Equilar. “Because most research studies on board composition are a lagging measurement of what’s already happened, we believe that providing a quarterly, real-time update with forward-looking analysis will bring attention to this issue.”

Though gender diversity is slow to manifest, and there are still hundreds of Russell 3000 companies without female representation, data collected in connection with the Equilar GDI shows meaningful progress in some respects. For example, in 2016, 580 new female directors were added to Russell 3000 boards, or 21.4% of all new directors. That figure increased from 398 in 2014, when females represented 17.8% of new directors that year.

Furthermore, while nearly 25% of Russell 3000 boards—or 738 companies—had no women as of December 31, 2016, 58 boards added a female director throughout the year where there had been none since at least 2011, the initial period included for the study.

As part of its research for the GDI, Equilar also identified companies who are the most progressive in achieving gender diversity in the boardroom. As of the end of 2016, 21 boards had achieved parity, while 42 additional companies had between 40% and 50% female representation. Tootsie Roll Industries by far had the highest percentage of women on its board with 75%. However, since there are only four directors on Tootsie Roll’s board, they did not have the most women. Several other companies, as depicted in the table below, had at least six women on their boards.

“Board composition, including diversity, is one of the top governance issues of 2017,” said Chun. “Institutional investors are focusing on how boards recruit and evaluate directors, and they see thoughtful board assessment as indicative of overall performance of their portfolio companies.”

Join Equilar, PwC and Vanguard for a webinar on the topic of board composition and refreshment on Febuary 9. Register here.