Fewer Than 4% of Russell 3000 Board Chairs Are Female 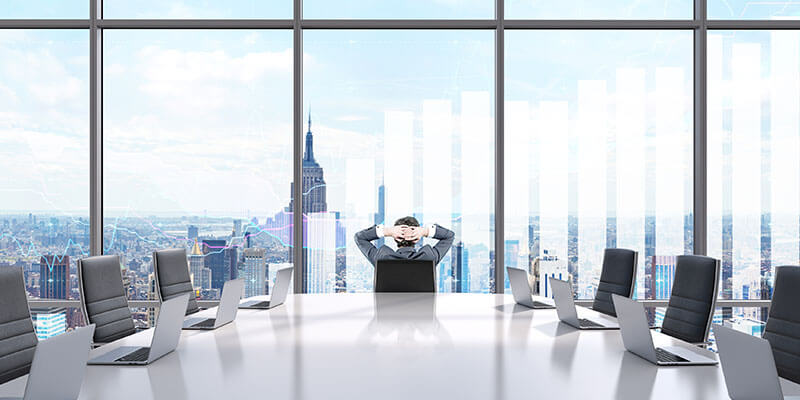 Investors have turned a scrutinizing eye toward board composition in recent years, and in particular, female board representation has been a hot topic. Some studies around this issue suggest that higher female representation leads to higher company performance, the theory being that diverse directors allow for a wider breadth of perspectives that help the board make better decisions.

According the Equilar Gender Diversity Index (GDI), as of the end of 2016, females only accounted for 15.1% of Russell 3000 (R3K) directorships. Additionally, at the current rate of growth in female directors, it won’t be until 2055 before R3K boards reach gender parity.

Given that the R3K has fallen short of gender parity with directors in general, it is not surprising that gender parity in terms of board leadership roles is well shy of parity as well. In fiscal 2015, only 3.5% of the 1,148 CEO-chairs in the R3K were females. This was a slight increase from 3.1% in fiscal 2013. Similarly, in 2015 only 3.7% of non-executive chairs in the Russell 3000 were females, which was an increase from 2.5% in fiscal 2013. The lead director role, filled by an independent director to serve alongside the chair in the board’s leadership, had a more significant female representation, with 7.6% of lead directors being female in the R3K, an increase from 6.9% in the two previous years. 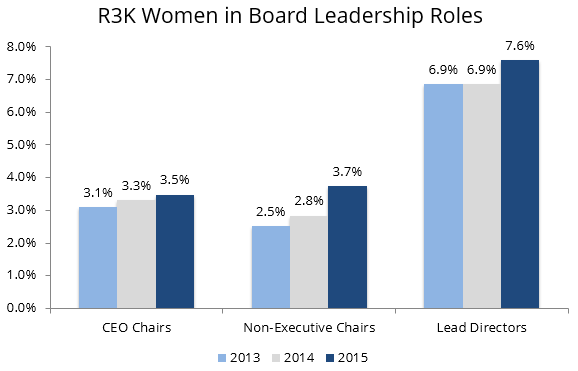 Many prominent investors have grown increasingly frustrated with the lack of progress in diversity initiatives, despite the slow increases in representation. While some companies are slowly but surely adding females and other diverse directors to their boardrooms, others are taking on little responsibility and accountability. And investors who care about these issues are growing impatient and working to influence change.