About 3% of Russell 3000 Executives Earned More Than Their CEOs 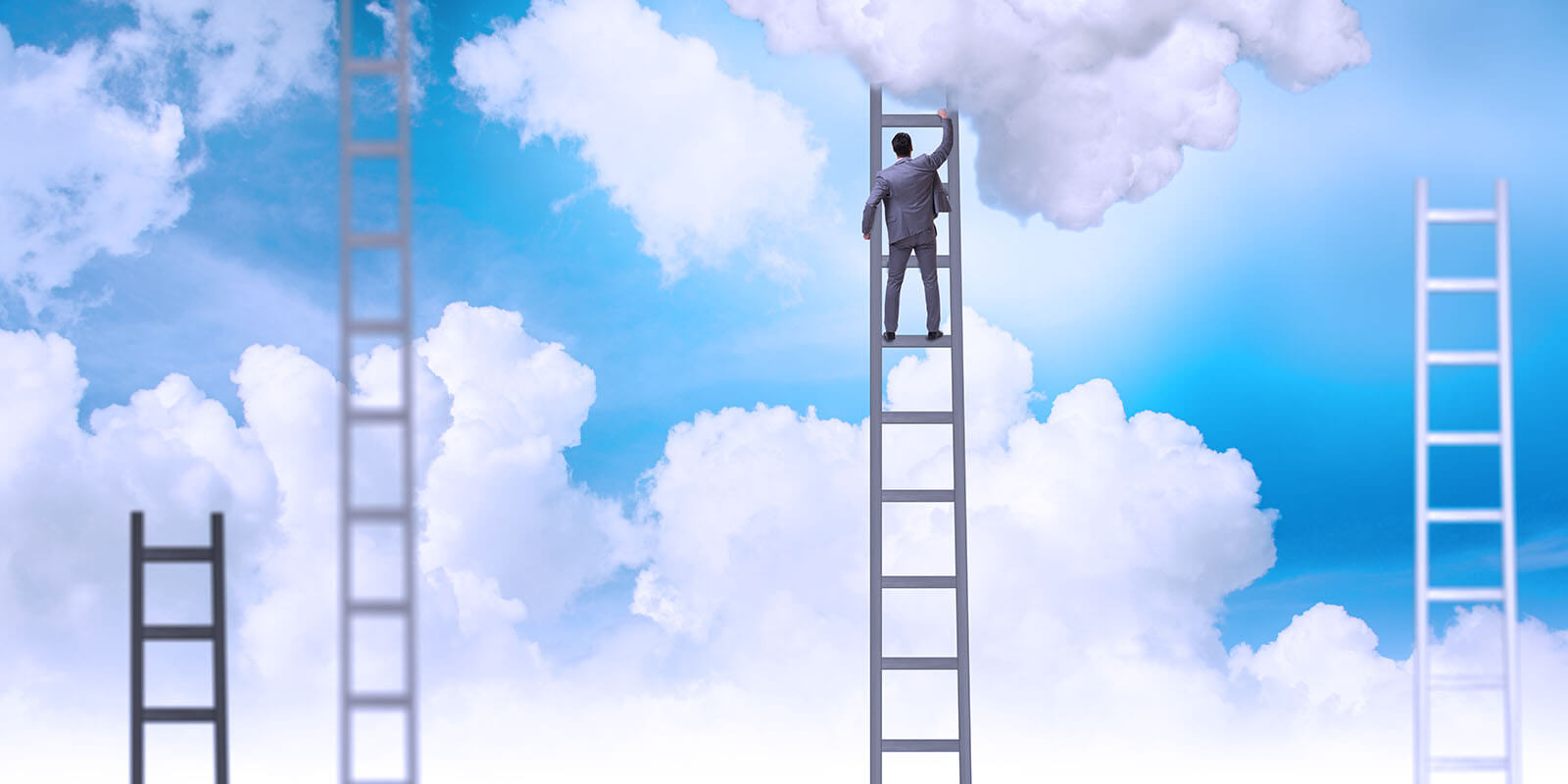 Despite recent provisions intending to dismantle Dodd-Frank, CEO pay remains a hot-button topic for discussion and criticism. With the SEC asking for comments concerning its revision, the CEO-to-median employee pay ratio is still on the books, and remains widely discussed as companies prepare to release this potentially controversial data. While the ratio is meant to draw attention to income inequality between CEOs and their employees, the CEO does not necessarily always earn the highest pay. For example, many founders and chief executives take $1 salaries, which means that their ratio is lower than 1:1.

Equilar recently explored the relationship between CEO pay and other executives as it is disclosed in public filings, finding that, on average, S&P 500 CEOs earn about three times the average pay of their executive team. In some cases, however, other members of a CEO’s executive team simply receive higher compensation, whether as a single pay component or overall.

Equilar conducted a separate study for fiscal year 2015—the most recent year with comprehensive pay data available—finding that in the Russell 3000, more than 20% of NEOs, or 2,035 executives, earned more than their CEO for at least one compensation component. In other words, these executives received higher pay in terms of any of the following categories: salary, bonus, stock awards, option awards, non-equity incentive awards or all other compensation. In terms of total compensation, 3.2% of Russell 3000 NEOs—315 total individuals—earned more than their CEOs.

The percentage of NEOs that earned more than CEOs hovered around 3% for almost every individual pay component, similar to the figure for total compensation. However, NEOs were much more likely to receive “other compensation,” or benefits and perks, at a higher clip than CEOs, and 16% of Russell 3000 NEOs earned higher compensation values than the CEO in this component. 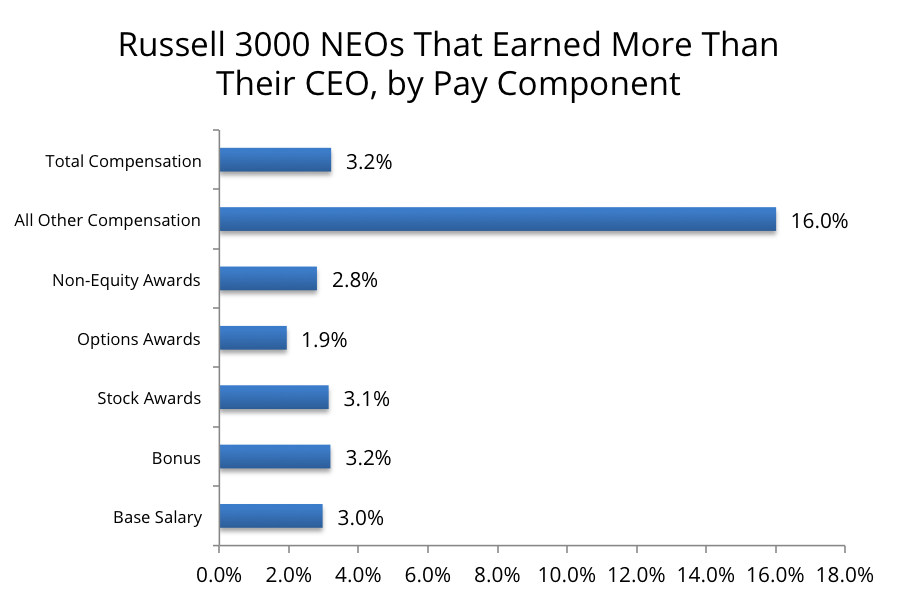 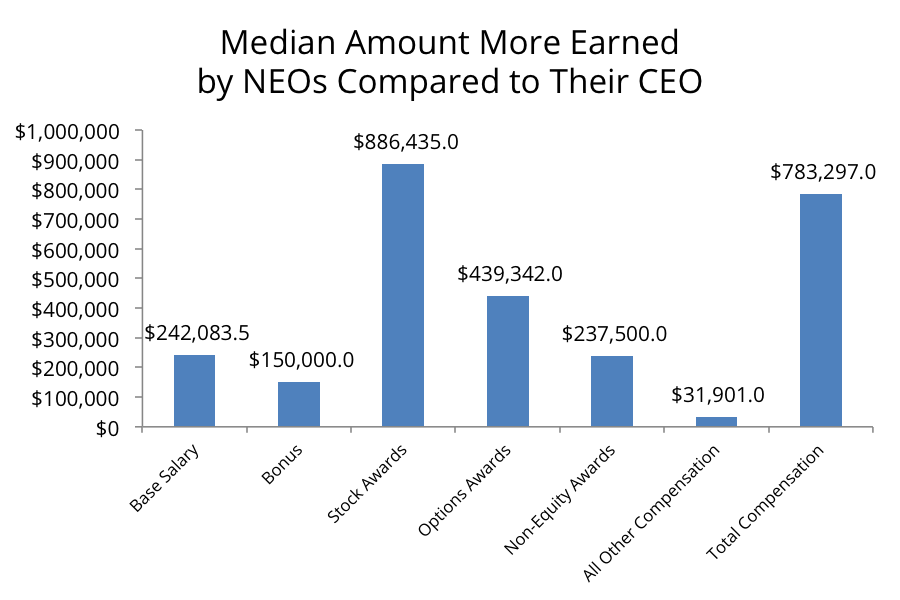 The large difference in pay component values is partially due to the fact that other compensation is much lower overall than any other type of pay, generally. For example, median stock compensation for all NEOs in the Russell 3000 was $399,207, comprising the largest individual pay component, just edging out salary at $395,750. For the NEOs who earned more than CEOs, median stock award value was $738,200, while the average was $2.6 million.

CEOs often take on the most challenging position at a company, and, correspondingly, they often take home the largest payout. However, companies carefully consider what size and type when designing executive compensation packages, and, while rare, executives can earn more than their CEO.

For information regarding the studies referenced in this post and to purchase the underlying datasets, or to learn more about Equilar Research Services, please contact the Equilar research team at research@equilar.com.