Executive Compensation Summit: A Look into the Crystal Ball 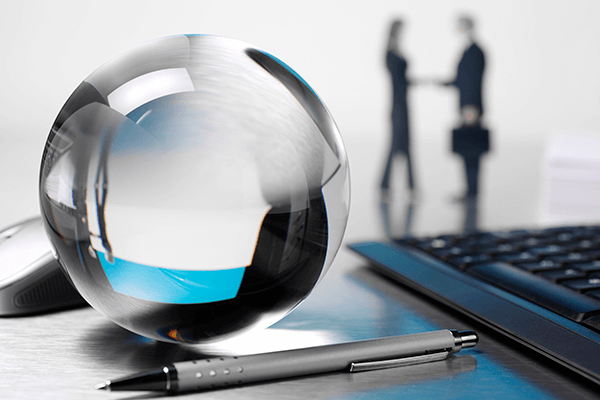 At the Equilar Executive Compensation Summit in Boston this week, panelists and attendees discussed key topics surrounding executive pay at length—recurring themes such as pay for performance, CEO pay ratio, increased length and depth of proxy disclosures were often on the agenda. Many of these issues coming to the forefront now will continue to have an effect on corporate governance in the coming years, especially as institutional shareholders focus on how pay and performance impacts the long-term value of their investments.

Looking ahead into the 2017 proxy season and beyond, executive compensation professionals all agree on one thing: Nothing is black and white in what they do. While news headlines about outstanding CEO pay grab attention and seem relatively straightforward, there are solid arguments on both sides of the issue of what comprises an appropriate amount of pay.

On the one hand, companies are doing a lot right, dealing with a challenging economic environment in some industries and adjusting their pay and performance alignment accordingly. In particular, companies have taken huge strides to improve communications through their proxy statements. One compensation consultant noted that companies are starting to understand that the proxy statement needs to talk to investors, not only other lawyers.

For example, 2015 was not a strong performance year for companies in various industries, and they were tasked with the challenge of talking about performance goals declining, rates of growth declining and making sure they’re making forward-looking changes. As pay continues being tied more and more into performance, explaining how pay structure is responding to external forces outside executives’ control will be a continuing trend, as opposed to keeping the status quo.

In other words, we’re seeing a lot fewer disclosures that are just the raw numbers. In the past, one panelist joked, we didn’t know how the figures got there—the white smoke would emerge from the chimney, the Pope would emerge and say there’s $5 million in CEO pay plus bonus. Voila.

On the other hand, while companies are getting it right in terms of doing away with problematic pay practices, the future is a little uncertain. What shareholders are asking for, they’re receiving, and there is a good understanding back and forth. For instance, things like change-in-control packages that trigger just because of sale or acquisition, or perks viewed as gratuitous like tax reimbursements, have been pretty much eliminated. There have been fewer than 25 companies to fail Say on Pay so far this year, and there is high shareholder support for a vast majority of compensation programs. However, because issuers have become so attuned to what they perceive to be the demands of shareholders and proxy advisors, the risk is becoming uniform and homogenized across the board.

One panelist said that the most notable and even concerning trend is the general move toward conformity in pay design and delivery. There is an increasingly narrow distribution in pay levels reflecting individual, company, team performance, etc. A lot of time there’s a close range between the 25th and 75th percentile. Furthermore, a sort of “me too” pay design focused exclusively on metrics like relative total shareholder return (rTSR) and earnings per share (EPS) has emerged. There’s nothing wrong with those metrics inherently, but they reflect the institutional shareholders, proxy advisors, media et. al. providing input, and they can be a missed opportunity to create packages that reflect a company’s unique qualities.

This topic, particularly around TSR, was one of the recurring themes throughout the Summit, especially as the SEC may or may not get closer to finalizing a rule on pay versus performance using TSR as the uniform performance metric. A well-designed incentive program includes both lead and lag metrics. Indeed, things like TSR and revenue work well because they represent the ability to execute on existing products. But for example, in the biotech and pharmaceutical industries, performance has a lot to do with pipeline and how that serves company strategies. As a result, companies need to show they are motivating and rewarding that pipeline performance.

The key message is not to put pay designs on autopilot. You don’t want to change executive pay packages as the wind blows every year, but they should be reviewed regularly. It’s difficult to rally an executive around the program if it’s changing all the time, but you also run the risk of losing motivational value if pay isn’t designed to meet the needs and strategic goals of management.

Three Things to Keep in Mind in 2017 And Beyond