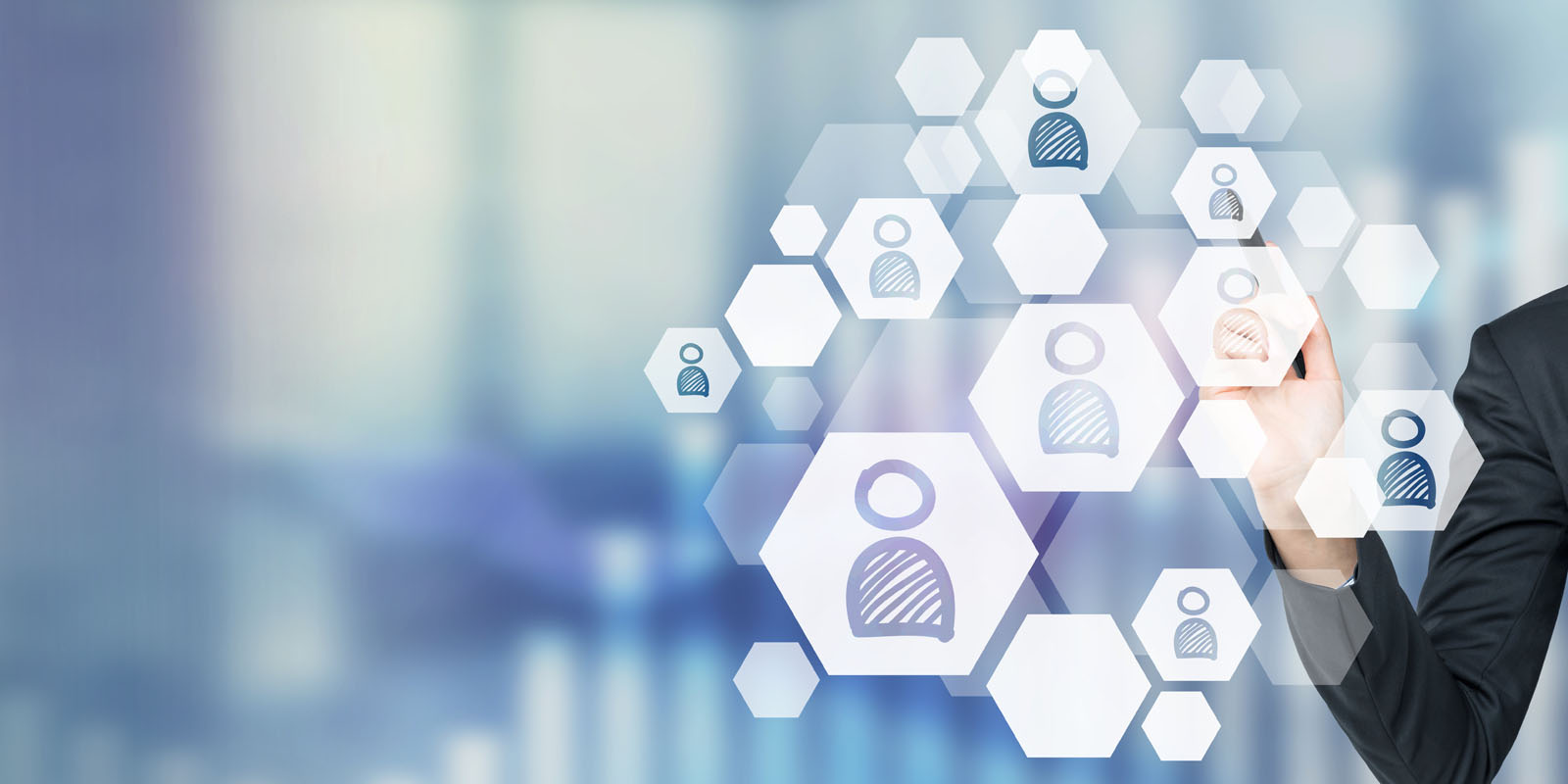 Gender diversity in the technology sector has long been a hot topic of discussion and debate. In 2017, high-profile controversies at companies such as Google and Uber reignited the conversation. As diversity across all levels of employment and management continues to be hotly discussed, gender diversity on Silicon Valley 150 (SV 150) boards has risen in the past few years. While representation is still low, the pace of change has been relatively quick. 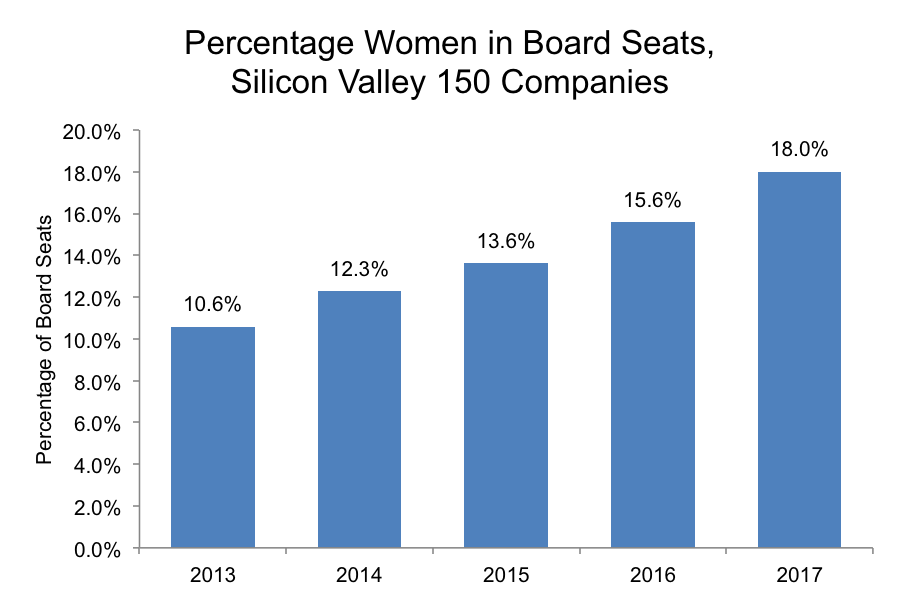 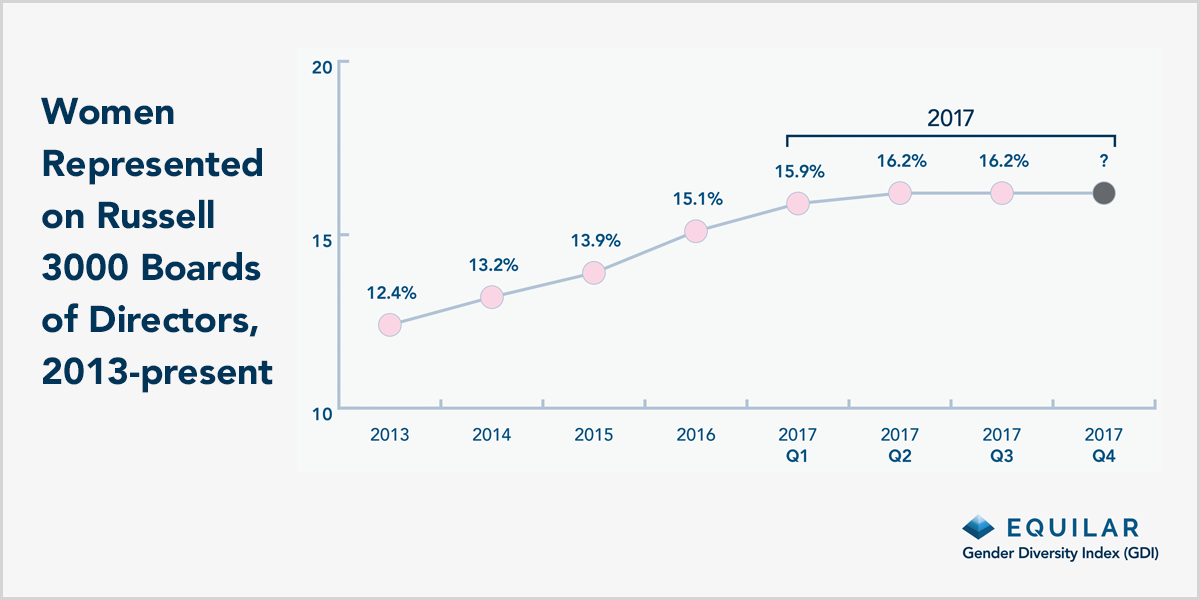 HP and Hewlett-Packard Enterprises (HPE) led the way with the highest number of female board members among SV 150 boards, with five apiece. However, given that these boards have 12 and 14 directors respectively, Zynga and Zendesk had higher percentages of women on their boards, with Zynga earning the distinction of being the only SV 150 board at gender parity. The board map of Zynga, displayed below, shows that three of the four women on the board have four of the board’s six public company connections. 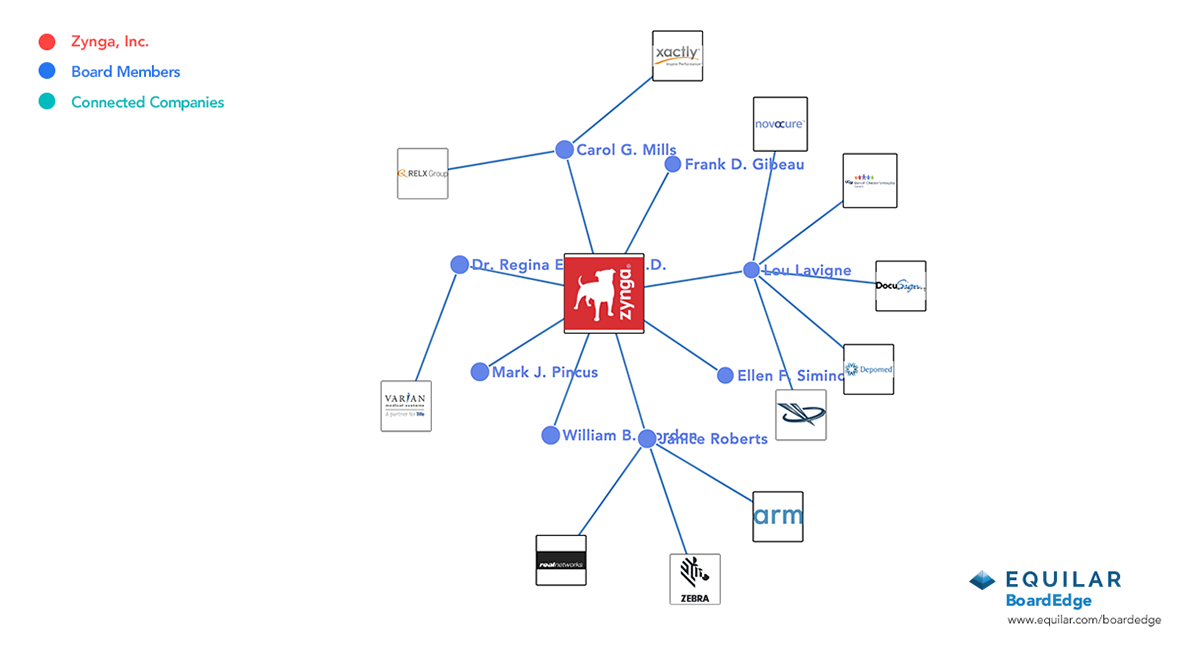 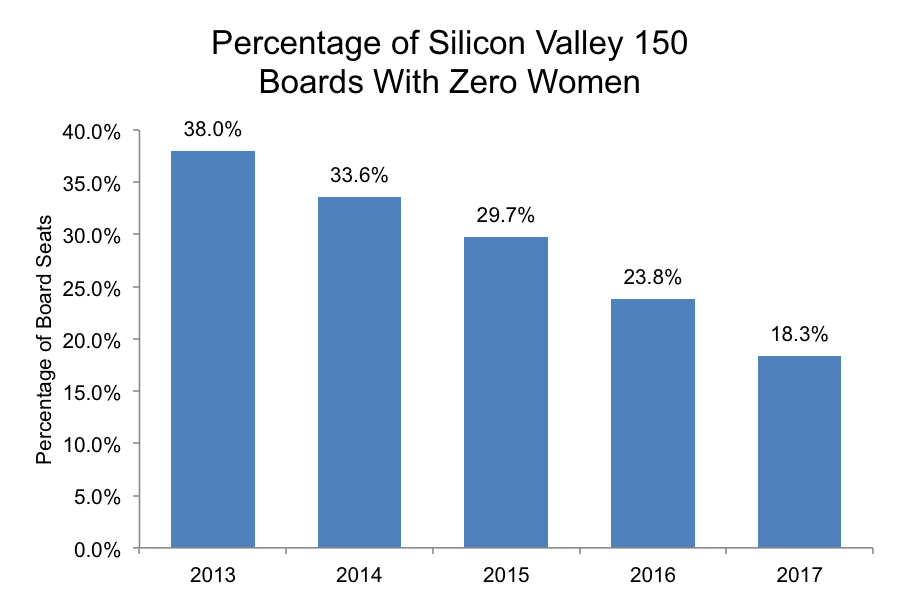 There is some concern that the increase in percentage of women to boards is not reflective of opportunities for individual women proportionally. In other words, if boards are tapping the same qualified women over and over instead of seeking out fresh perspectives, then the network will remain closed and become a hindrance to diversity efforts. For example, according to a USA Today article, when a woman fills a board seat, there’s a 32% chance she’s already served as director, yet when a man fills a board seat, there’s a 23% chance he’s already served as a director. Governance professionals continue to watch these trends to better understand how the pipeline for board talent is being built, maintained and tapped. 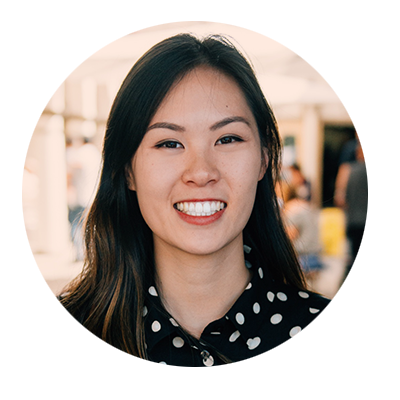