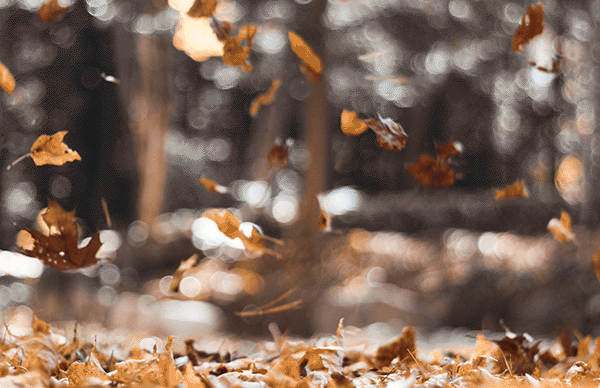 Although corporate change-in-control (CIC) situations happen infrequently, stakeholders place the details of such transactions under a microscope, scrutinizing them from every angle. In particular, proxy advisory firms and shareholders view the handling of CIC payments to the decision-making executives who effect the transaction with great interest.

In the past 10 years, 81 CIC transactions have occurred at companies above $5 billion in annual revenue, according to a recent Equilar study reflecting CIC situations through H1 2015. The potential payments to executives associated with these CICs include extension of benefits, equity vesting, cash awards and any miscellaneous compensation provided by the acquired company.

After peaking in 2006 at $28.8 million, median potential CIC payments ticked below $20 million in 2007, staying at or below that figure for the next 7 years, regardless of the number of CIC situations in a given year, which fluctuated to as many as 13 (in 2008) and as few as four (2014). In fact, in 2014, median potential payments for the four CIC situations were just $5.5 million, a 71.8% drop from the previous year. In contrast to these trends, potential CIC payments are up significantly in 2015, currently at the highest level during the study period with a median figure of $35.1 million through H1. 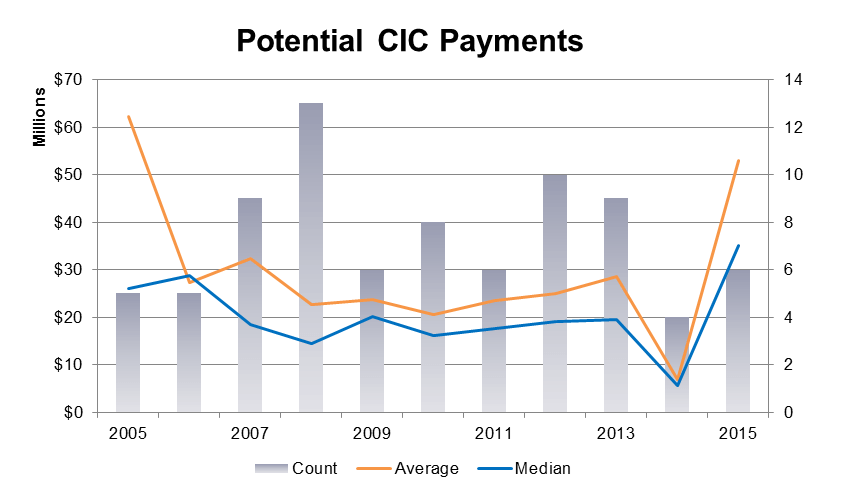 Notably, average CIC potential payments were influenced by outliers in 2005 and in H1 2015, and medians appear to better reflect the overall range of payouts in these situations. Each of these situations is unique to the individual company, but at a broader level the trends have typically map to economic conditions. We’ve already witnessed six CIC transactions before the start of the fourth quarter, and seem poised to exceed the median annual transaction number by year’s end. Considering recent fluctuations in the stock market, it will be interesting to watch whether economic conditions influence CIC payments in the second half of 2015.