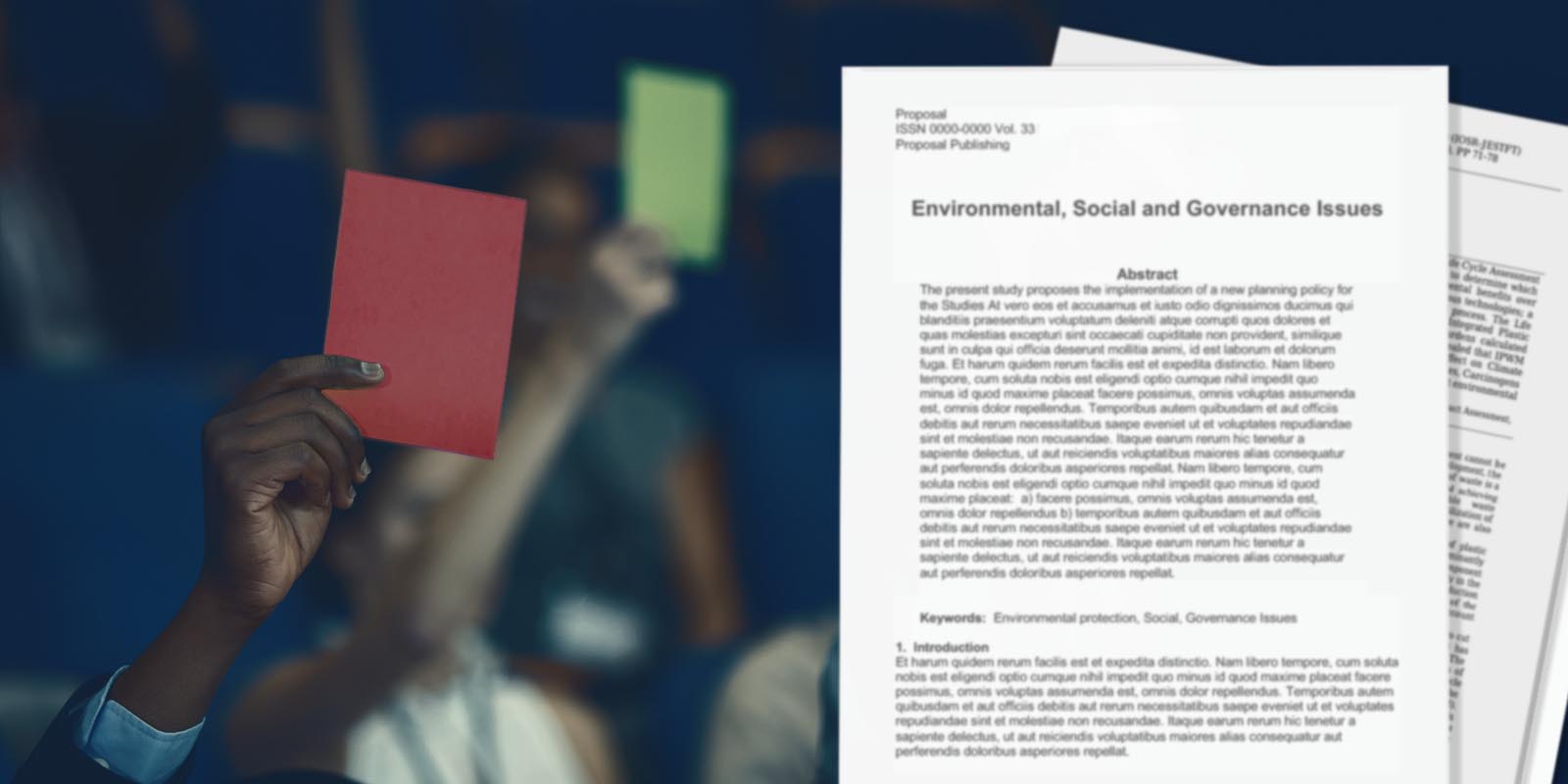 The financial crisis of 2008 forced the realization that the consequences of violating basic economic principles, identified by George Schultz as a lack of accountability, lack of trust, and incompetence, could no longer be ignored. As a result, the Dodd-Frank Act—to ensure that shareholders would not suffer the consequences of corporate financial malfeasance—was passed in an attempt to reconstruct the framework that legitimized such abuses.

At a specific company level, several of the provisions instituted by Dodd-Frank compose large percentages of shareholder proposals at companies in the Equilar 500.** For example, proposals to separate chief executive and chair of the board positions compose about 10% of total shareholder proposals. Most notably, public companies must also hold a non-binding shareholder vote on executive compensation—commonly known as Say on Pay. 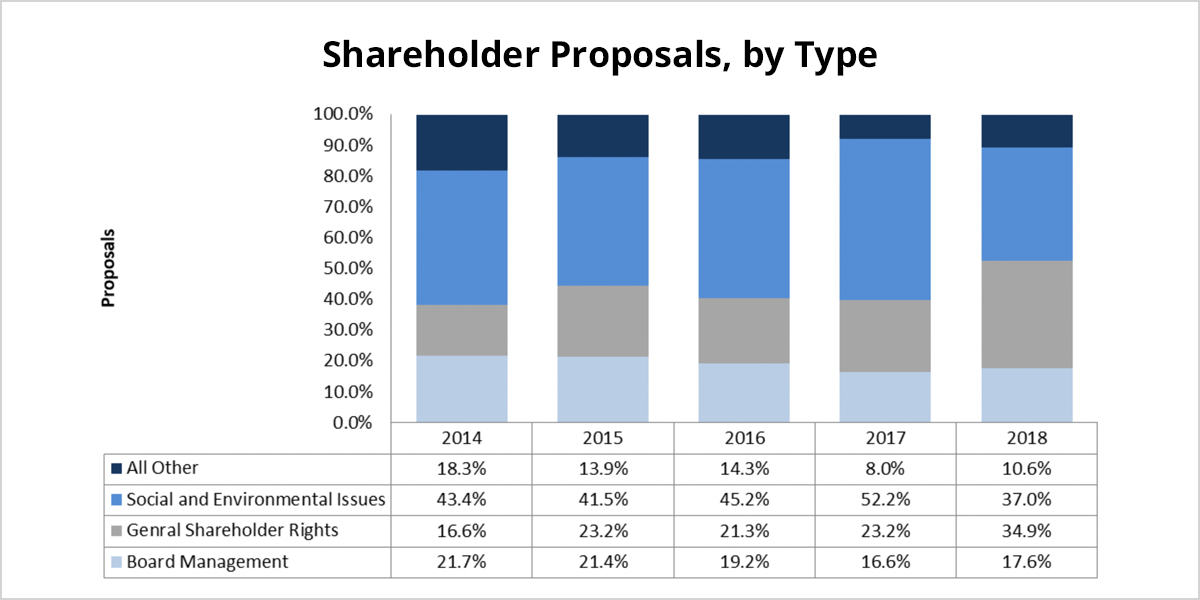 Another component of shareholder proposals related to Dodd-Frank is proxy access, where qualified shareholders can include separate director nominations on the annual proxy statement. These still appear frequently among broad general shareholder rights proposals and peaked at around 11% of total shareholder proposals during 2015. In addition to proxy access, general shareholder rights proposals include written consent proposals, special meeting threshold proposals and voting proposals, among others. Written consent involves shareholders submitting a vote electronically or via mail on an issue occurring outside the normal proxy cycle, while proposals for special meeting thresholds and voting involve more meeting-specific topics. Voting concerns, and shareholder rights in general, are exemplified by Snap Inc.’s 2017 IPO, where only non-voting shares were issued. Approximately 12% of companies in the S&P 500 have unequal voting rights, defined as a policy in which “one share one vote” is not in effect. The fear of activist investors has been cited by companies on the brink of an IPO, to justify decisions of this sort. Lynn Blake of State Street challenges this in claiming that “equal voting rights for all equity shareholders are fundamental to an equitable public market system.”² She goes on to address another issue at the forefront of current regulatory and governance debate: shareholder engagement. The threat of opposition incentivizes management to maintain an open and ongoing dialogue with their shareholders in order to address their concerns. When proxy access proposals are combined with voting and special meeting threshold proposals, the figure has climbed steadily to 22.3% of total proposals in 2018.

Social and environmental proposals have composed at least twice the number of any other shareholder proposal type for the last five fiscal years, with the exception of fiscal year 2018, in which they composed 37% of aggregate shareholder proposals. Within the proposal bucket, percentages have remained relatively stable over the past five fiscal years, with social-based proposals averaging 55.2% and an average of 31.8% for environmental-based proposals, with mostly pharma-related proposals rounding out the rest of the bucket. 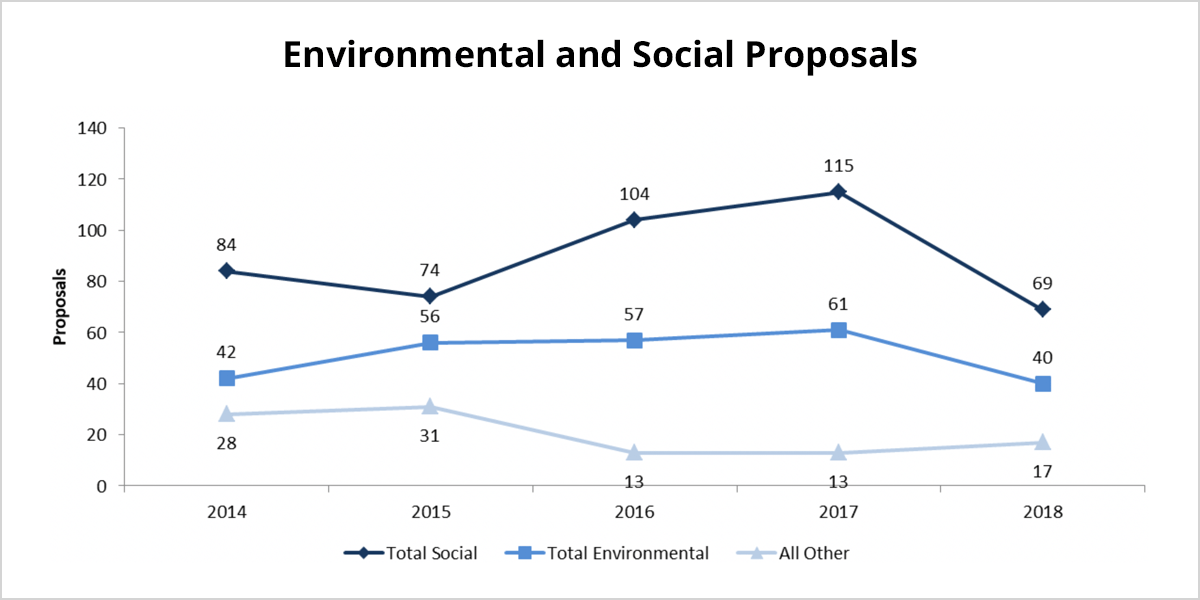 The largest percentage of social proposals—ranging from 32.3% in 2017 to 46.8% in 2014 of all proposals in the social and environmental category and 14.1% to 20.3% of aggregate shareholder proposals—concern the dispensation of discretionary funds used in lobbying activities, political contributions and charitable donations. These propositions often include an element of disclosure as to how those funds are allocated, along with disclosure of associations with trade organizations. A majority of these political and lobbying-based shareholder proposals have to do with political donation transparency. In 2010, the Supreme Court of the United States held many of the restrictions unconstitutional in Citizens United v FEC. As a result, previous regulations, requiring full disclosure and strict discretionary spending limits, have been largely overturned and have resulted in less transparency in this instance. Prior restrictions required that corporations establish Political Action Committees—PACs—with segregated funds. Such funds were limited to donations by employees or shareholders, and required details about donors and the amounts donated to be fully disclosed to shareholders and the FEC. Under the current regulatory framework, corporations still cannot donate directly to politicians, but there remain many financial avenues to pursue their interests. Since the framework has changed, it is a logical progression that shareholders have concerns regarding how such funds are allocated and seek disclosure thereof.

Environmental proposals are largely concerned with proposals relating to emissions and pollution, which compose anywhere from 27.3% to 34.8% of proposals within this category. Proposals relating to energy consumption, carbon and methane emissions, climate change, and sustainability are included in this subcategory. The remainder of environmental proposals generally is concerned with proper stewardship of food and beverage supply chains to ensure purity and maintain quality control. This also includes proposals concerning the materials used to package those products. 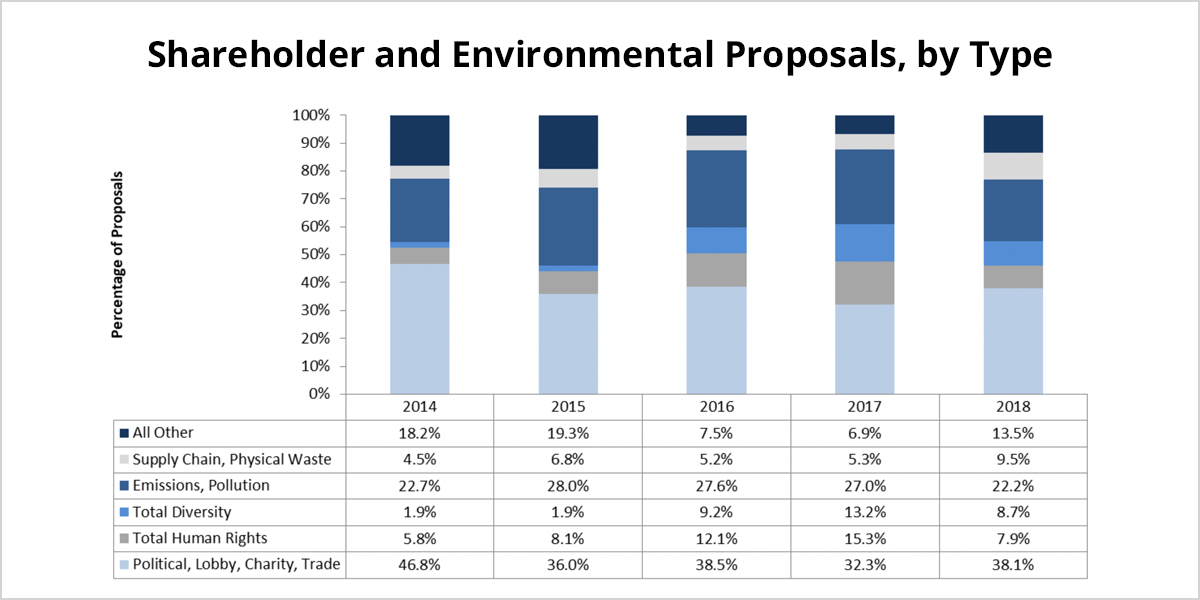 It is apparent that, despite regulatory strides toward transparency and accountability in many respects, shareholders maintain a healthy skepticism regarding corporate practices and decision makers. Ultimately, shareholders’ power lies in their purchasing power. Shareholders’ motivation to invest in a company is often primarily financial, and is therefore understandable why financial issues dominate. However, it has been shown that shareholders have numerous non-financial concerns. For example, while environmental proposals have begun to taper off percentage-wise, it is not necessarily an indication of a decline in their importance to shareholders. During the past five fiscal years, a vast majority of social and environmental proposals were not approved. After repeated failed attempts, shareholders seem to have opted for a more circuitous route to achieving non-financial goals by shifting focus, and companies have addressed these concerns outside of just the annual meeting. This has given rise to an increase in other types of proposals, particularly general shareholder rights. Shareholders understand that in order to have more determinative power, the framework in which they operate must first be changed, and the future of shareholder proposals will tell us just that.

**Proposals included in 2018 must have appeared on an Equilar 500 company’s proxy statement filed between January 1, 2018 and December 31, 2018. Previous years were defined similarly.**

Equilar Investor Voting Results allow you to easily analyze voting trends for all of your board resolutions or shareholder proposals. The aggregated N-PX data provides valuable insight to understand the policies and practices of your institutional shareholders. Quickly determine who is influencing the outcomes of your proxy proposals and identify key trends in corporate governance. Visit https://www.equilar.com/shareholder-engagement.html to learn more. 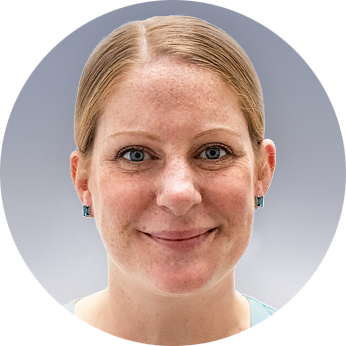