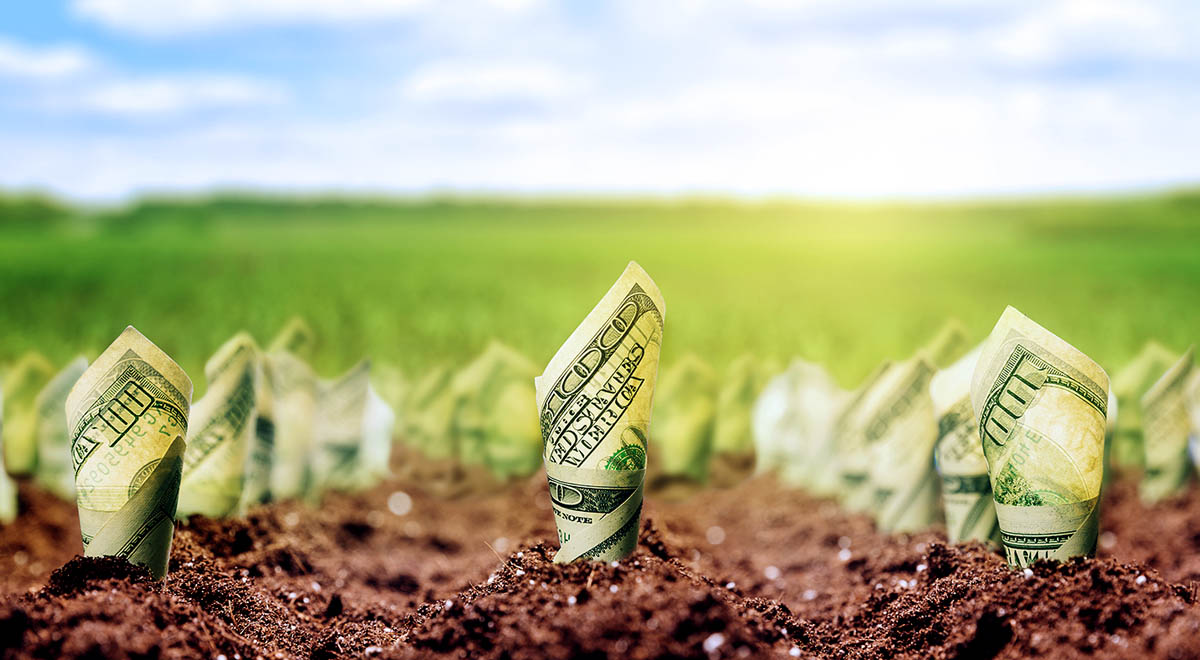 Royal Dutch Shell announced in December that following its shareholder meeting, it would begin linking compensation for executives to carbon emission targets. While the exact details are unknown at the present, Shell will be the first company to use this metric in its performance equity grants. Following this development, the boards of other energy companies have experienced increased pressure from their shareholders to adopt similar policies.

Though Shell is the pioneer in applying this metric, shareholders across many companies in the energy sector have been pushing for boards to pass their own environmental proposals for quite some time, with several seeking to tie executive compensation to sustainability efforts. The chart below shows the number of environmental shareholder proposals introduced at the annual meetings of public U.S. energy companies from 2010 to 2017. 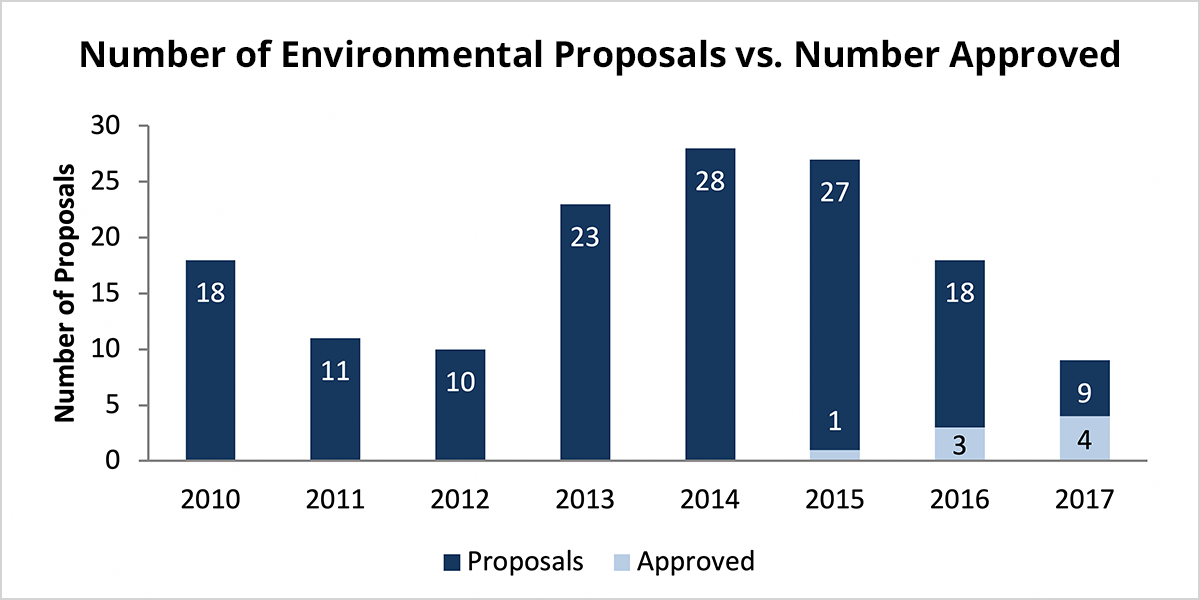 The number of proposals has fluctuated greatly throughout this period, with a large increase from 2012 to 2013 and a high of 28 proposals in 2014. Of course, the high volume of environmental shareholder proposals in the U.S. energy sector is perhaps unsurprising, as these years coincided with the period leading up to the negotiation of the Paris Agreement, which called for a series of measures to mitigate the effects of greenhouse gas emissions on global climate change. Following this peak, the number of environmental proposals, interestingly enough, has fallen rapidly, with a 66% decrease in proposals from 2015 to 2017.

However, this decline does not necessarily indicate a loss in shareholder support for environmental initiatives. Environmental proposals tend to be fairly unpopular with company boards in general, especially among energy companies, who frequently view them as immediate threats to the company’s profitability and shareholder return. Nevertheless, as concern for climate change grows, investors are becoming more and more preoccupied with what the failure to adopt more sustainable practices could mean for long-term shareholder return, and it seems that this concern is finally spreading to board members and company management as well. During the period from 2010 to 2014, zero environmental shareholder proposals were approved by the shareholders, despite large increases in the volume of these types of proposals from 2012 to 2014. Conversely, beginning in 2015, the number approved actually began to rise, with one out of 27 total environmental proposals among public, U.S. energy companies passing the vote for 2015, three in 2016 and four in the most recent year.

For the most part, Exxon Mobil has experienced slightly higher approval votes than Chevron on environmental-specific shareholder proposals since 2010. The trend in average approval percentage of proposals among these two companies mirrors the approval trends of the industry as a whole. Where approval percentages at these companies have been increasing throughout the last few years, so too have those throughout the U.S. energy sector as a whole. 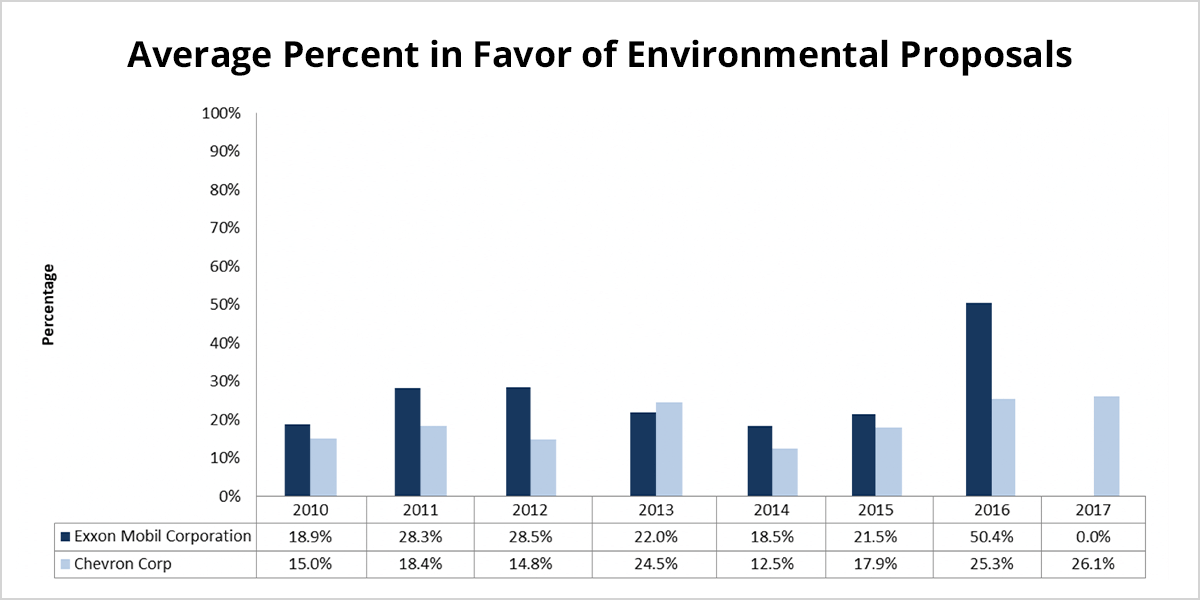 While it remains to be seen whether the demands of shareholders at Chevron, ExxonMobil and other energy companies will be met, recent trends indicate that environmental proposals have already been receiving greater attention in recent years. Energy companies may reasonably expect to see new environmental proposals at their upcoming shareholder meetings, especially ones regarding carbon emission targets. Although in the past similar initiatives have failed, Shell’s introduction of the new metric may motivate its peers to listen to their investors and vote in favor of these new proposals.