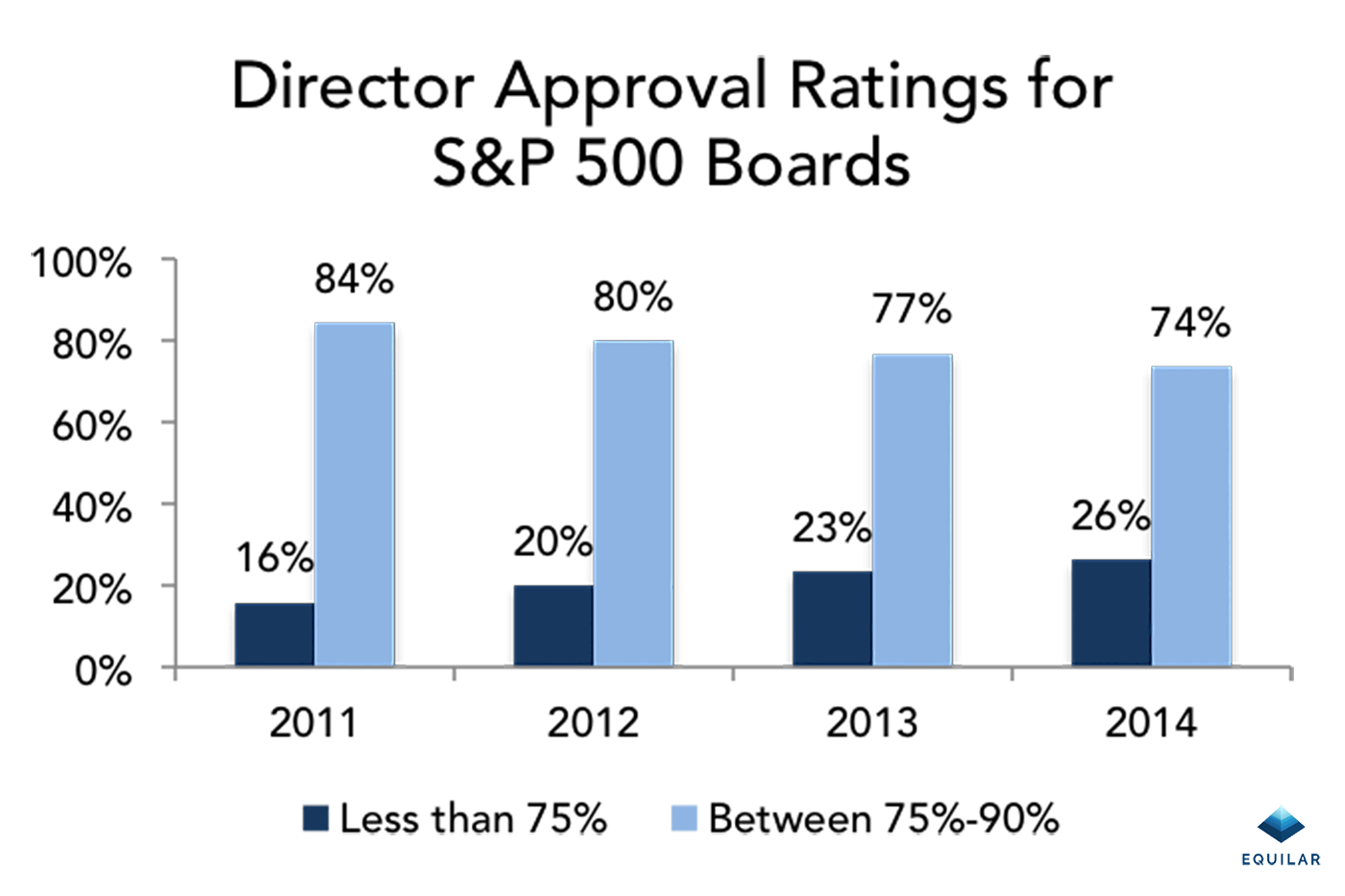 It’s no secret that shareholder activism is on the rise at U.S. companies, surfacing in many different ways. Shareholders have voting power on a wide range of corporate governance decisions, particularly on the right to choose members of the board of directors, approve mergers and acquisitions, authorize equity issues, and amend a company’s articles of organization.

In recent years, shareholders are taking a more active role in corporate governance issues, and it is not uncommon for them to show discontent with governance and strategic decisions by withholding votes for directors’ reelection.

Historically, most directors receive a majority vote for reelection, and approval ratings of directors have actually increased in recent years. At S&P 500 companies, the percentage of directors that received more than 90% shareholder approval increased from 89% in 2010 to 94% in 2014. 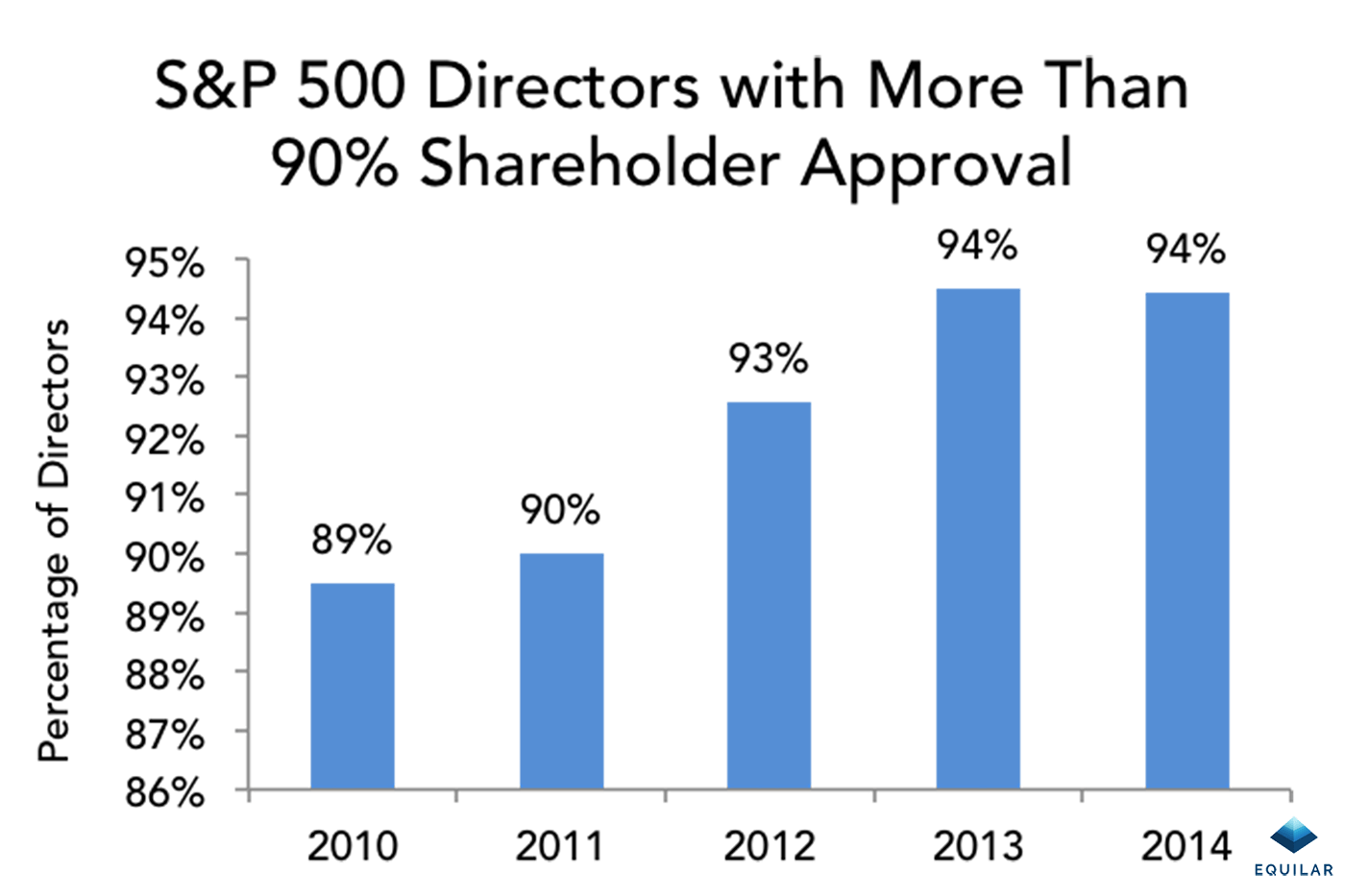 Among those with less than 90% approval, however, shareholder voting is becoming a mechanism for change. As shareholders look to improve accountability of directors for the decisions they make, investors have become increasingly extreme in their voting decisions, especially negative ones. For example, since the advent of Say on Pay in 2011, the number of the S&P 500 directors receiving less than 75% approval has increased each year. Among those directors that garnered less than 90% approval, more than one-quarter of those received less than 75% in 2014, up from just one in six in 2011.

Though board members with a low approval rating by governance standards do not need to step down if they have a majority vote, a low approval rating of less than 70% is typically precipitated by voting recommendations against these directors by proxy advisory firms. This should be cause for concern for companies, as research shows that proxy advisory firms can swing a vote 15% to 20%, and usually suggests larger issues causing shareholder dissatisfaction.

As shareholders gain a stronger voice in boardroom composition, these trends are likely to continue. The fact that overall approval is rising reflects the notion that shareholders have a say in who gets elected to the board, and therefore are getting their preferred directors into the right positions. And if we see the approval ratings drop for those on the underside of the 90% barrier, we may also see more refreshment as we go forward.

The data in this article is powered by Equilar’s BoardEdge, which not only includes information on 135,000 directors and executives qualified for board service, but also more than a dozen categories about each board member’s background and leadership experience, but also features a network tool clearly displaying how board members are connected to each other.