The Effects of Proposed Changes to Exchange Act Rule 14a-8 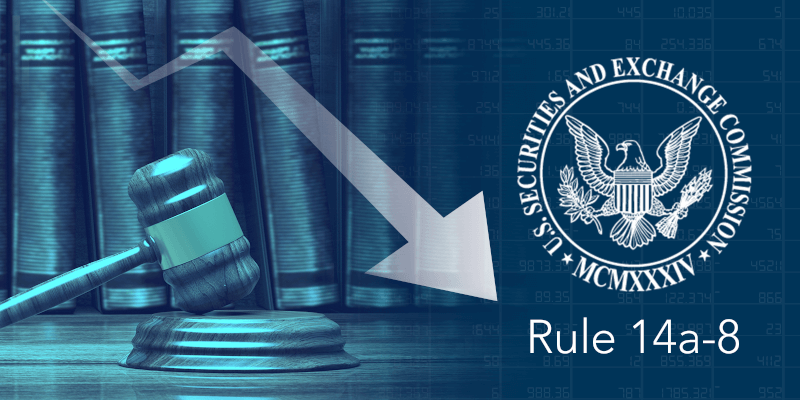 On November 5, 2019, the SEC proposed amendments to update the procedural requirements and resubmission thresholds under Exchange Act Rule 14a-8. Two significant changes look to modernize the ownership requirements to submit shareholder proposals and the level of support a proposal must receive to be eligible for resubmission at the same company’s annual general meeting the following year. These changes will present a challenge to activist shareholders by creating additional barriers they must address.

Under the old ownership requirements, a shareholder must hold $2,000 or 1% of a company’s securities for at least one year. Under the proposed rules, a shareholder must have continuous ownership of at least $25,000 of a company’s securities for one year, $15,000 for two years or $2,000 for three years. Under the old resubmission regulations, a proposal needed to gain at least 3% support, 6% support or 10% support depending on if it had been voted on once, twice or three times, respectively, within the last five years. The proposed rules would update those thresholds to 5% support, 15% support or 25% support depending on how many times it had been voted on.

Using a subset of the Equilar 500, we can see how these changes will impact the amount of proposals. Across Equilar 50 companies, there were 118 shareholder proposals voted on in the most recent fiscal year. Assuming each proposal was submitted for the first time, there would be ten proposals not eligible for resubmission under the new voting thresholds. Under the old rules, only eight proposals would have failed to reach the approval threshold. This change by itself would lead to a 25% increase in the number of proposals that cannot be resubmitted after a single year.

Of the 118 proposals, the Equilar 50 companies only disclosed the number of securities held for 38 proposers. Assuming each proposer had only held their securities for one year, 20 of the 38 proposals would not have been eligible for submission under the new rules. If the securities were held for two years, the number of proposals that would not be eligible would drop to 17 proposals. All 38 proposals that had the submitters ownership disclosed would qualify for resubmission based on the voting results from the annual general meeting. This suggests that both primary changes to Exchange Act Rule 14a-8 would have a disparate impact, as new shareholders would experience greater difficulties than legacy shareholders, who would be unaffected by the changes to ownership requirements.

Figure 1 shows the effect that the proposed changes to the level of support needed to resubmit a shareholder proposal would have had over the past 3 fiscal years at Equilar 50 companies. Overall, there would be a 4.8%, 12.9% or 9.5% decrease in the number of proposals eligible for resubmission depending on if the proposal was already voted on once, twice or three times, respectively. 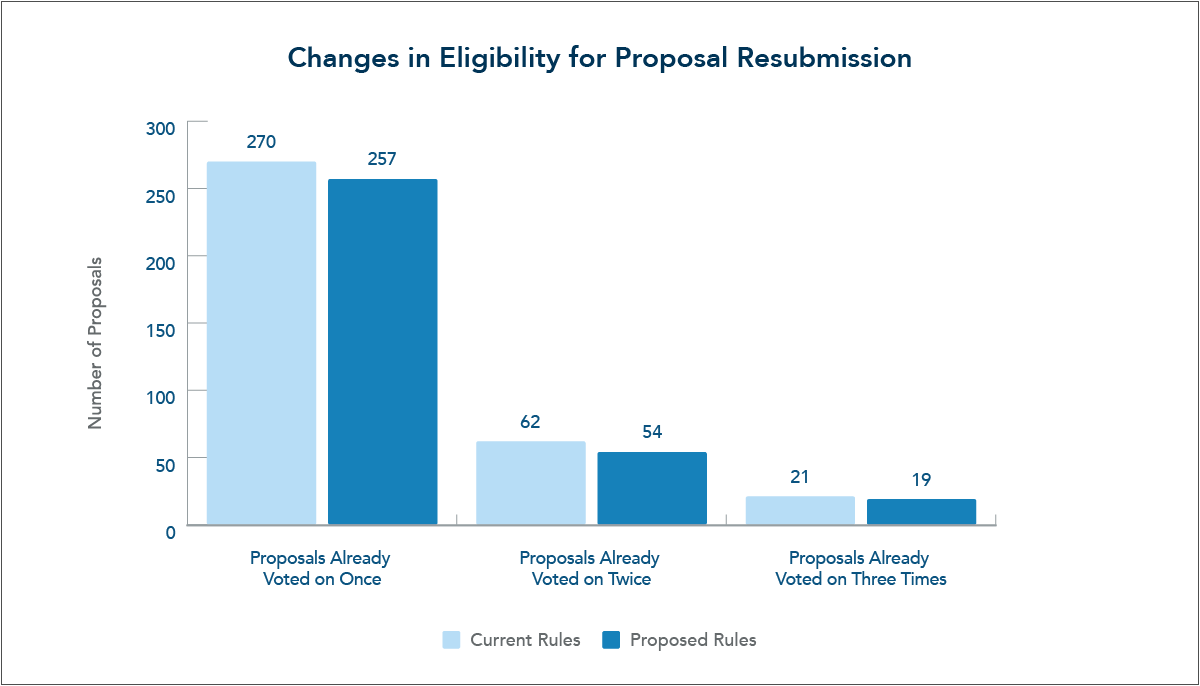 The change in ownership requirements impacts the amount of proposals in a different way, due to the inverse scaling of the threshold as time passes. However, this additional barrier can still have a great impact. Of the proposals analyzed, 142 disclosed the number of securities that the proposer held. After calculating the value of the securities at fiscal year end, there were only 63 proposals that would have been eligible for submission if the securities had only been held for a single year. After two years of holding the securities, that number increases by 14.3% to 72 proposals eligible for submission.

This change would be most effective at discouraging activists with more short-term outlooks from submitting proposals, as they would have to invest more or hold their securities for longer. Investors with long-term outlooks are often advantageous for companies, as they can help influence the strategy and direction of the company. When paired with the changes to the resubmission threshold, it will become increasingly difficult for shareholders to exert that influence.

METHODOLOGY. Voting results were calculated by taking the amount of yes votes and dividing that by the amount of no votes. Abstain and Broker Non-Votes were not taken into consideration. The value of securities was calculated by averaging the stock price from the date one month prior to the fiscal year end and the stock price at the fiscal year end. Ownership was only calculated if the number of securities held by the proposer was included in the proxy.

Equilar is the leading provider of board intelligence solutions. Its data-driven platforms, BoardEdge and Insight, provide tools for board recruiting, business development, executive compensation and shareholder engagement. Companies of all sizes, including 70% of the Fortune 500 and institutional investors representing over $15 trillion in assets, rely on Equilar for their most important boardroom decisions. Equilar also hosts industry-leading board education symposiums, conducts comprehensive custom research services and publishes award-winning thought leadership 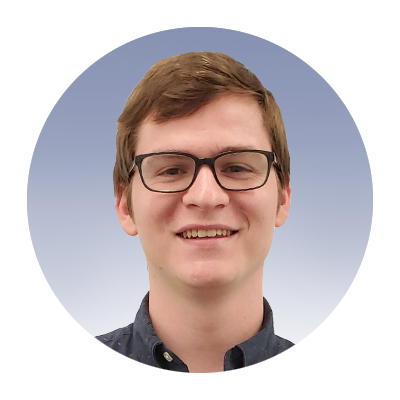