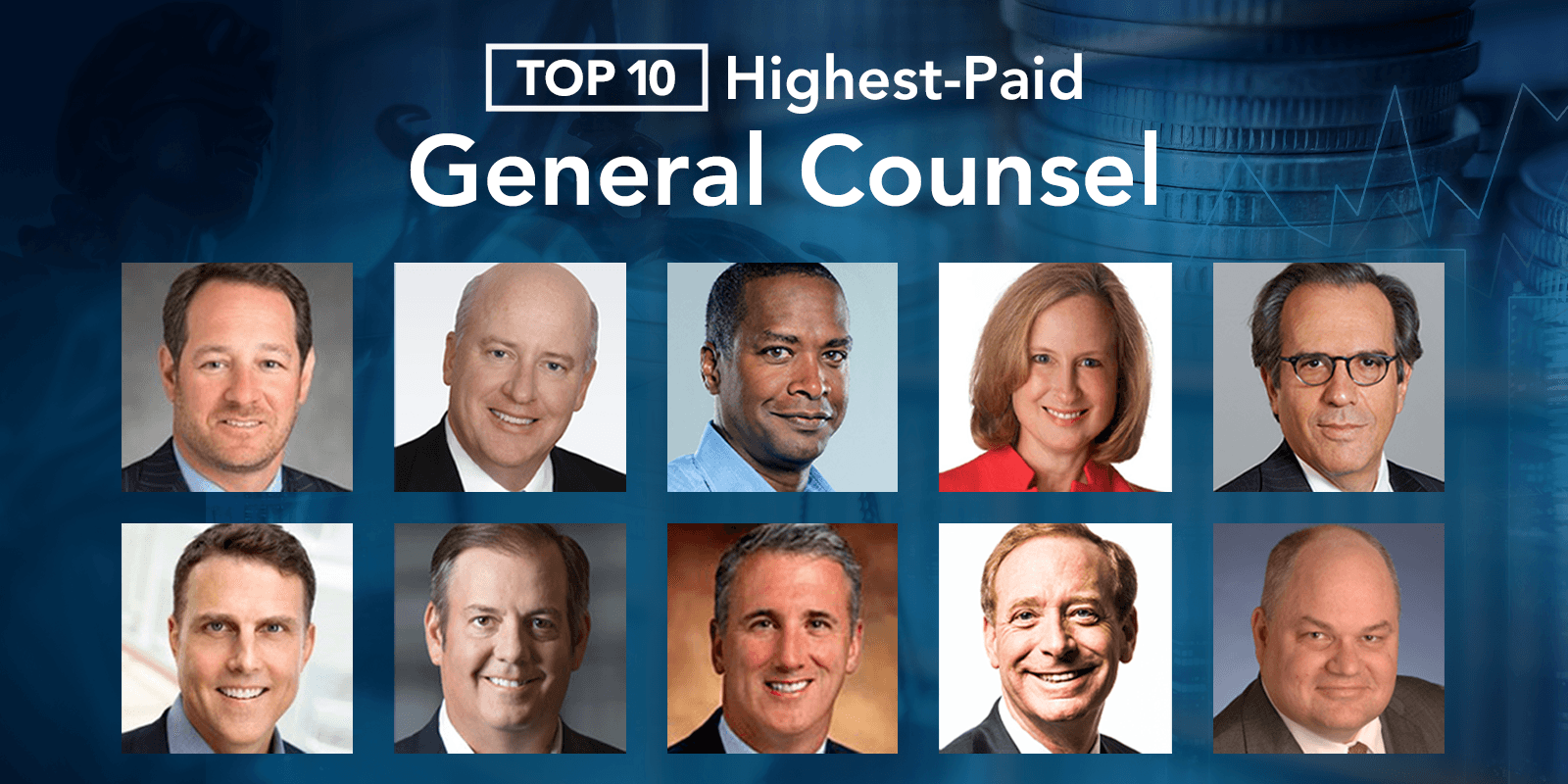 In recent years, the role of the General Counsel has seen an addition of responsibilities. More than ever, it is imperative that General Counsel sustain up-to-date knowledge of the political landscape and relevant jurisdictions. A General Counsel must be able to predict and prepare for unexpected changes in the political and business climate that may affect the corporation. They must also predict the outcome of the corporate business decisions and mitigate any potential litigation or regulations that may follow.

Compensation on the Rise for General Counsel

When examining the top ten highest paid General Counsel, the technology sector had the highest representation. The top-paid General Counsel in 2018 was David Drummond of Alphabet Inc., and three others in the top ten were also of the technology sector. Second to Drummond was Katherine Adams of Apple, who made over $26 million in 2018. Thomas Moriarty of CVS Health Corporation rounded out the top 10 list with a compensation package of just under $11 million.

Additionally, while General Counsel pay has risen steadily over the years, it lags behind the rate at which CEO compensation has risen. From 2017 to 2018, CEO pay across the Equilar 500 rose 8%, compared to 3.7% for General Counsel. For companies generating between $7B and $10B in revenue, CEOs can expect to receive four times the total compensation of the median General Counsel.