The Effects of CEO Ownership on Shareholder Return 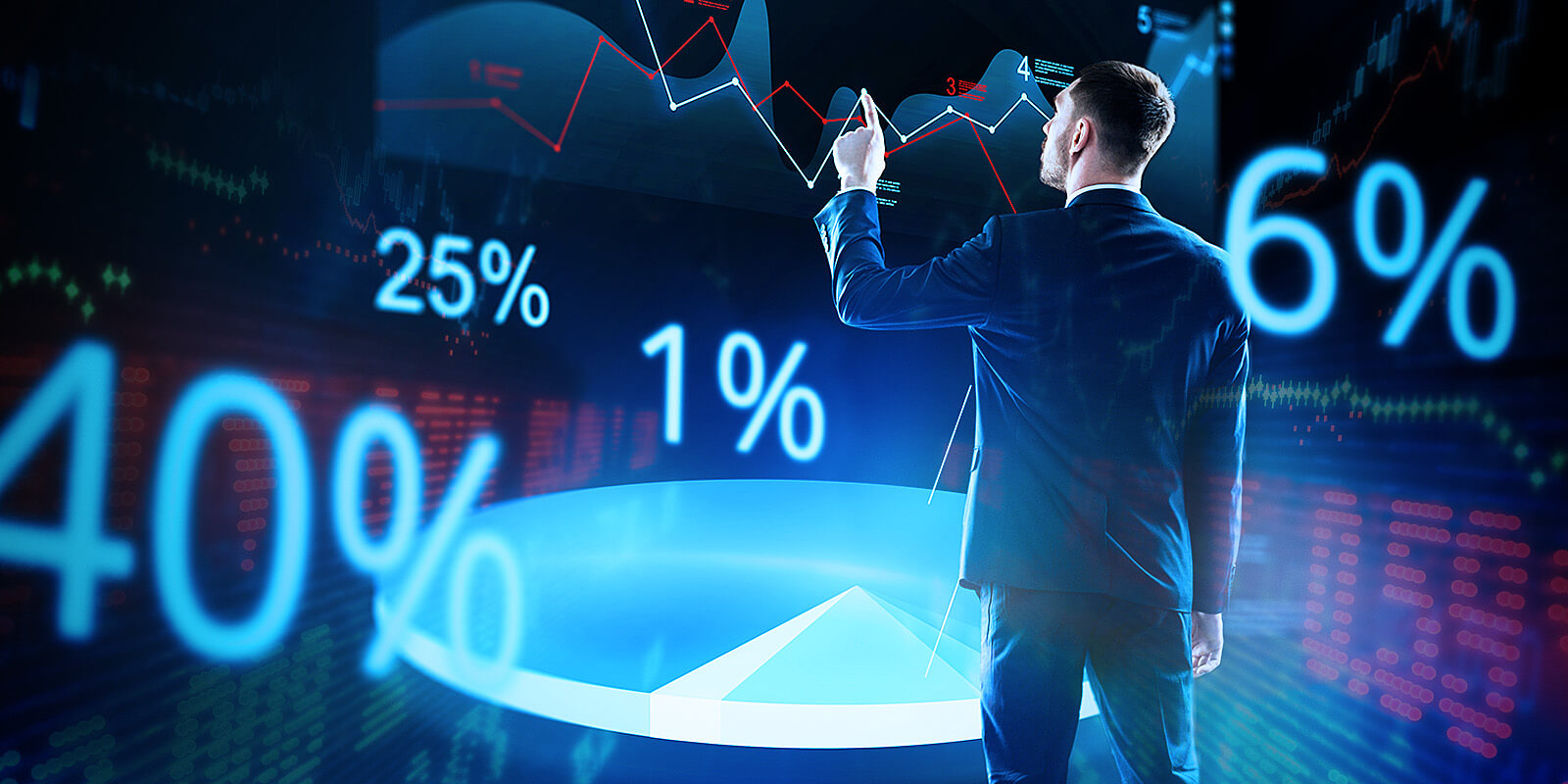 As Amazon and Apple hit the $1 trillion valuation mark, there has been some speculation as to which company will be next. Despite reaching a market cap of $1 trillion, Apple and Amazon are very different in terms of CEO ownership stakes. Apple’s Tim Cook owns less than 1% of Apple stock, whereas Jeffrey Bezos of Amazon has 16.3% ownership stake.

The amount of ownership stake a CEO has can possibly provide insight into specific goals and directions that a company is heading. For example, different ownership stakes for the CEO may alter the compensation make-up. A CEO with lower ownership percentage may have compensation hinge more on non-stock-related performance metrics, while those with higher ownership may have compensation more tied to total shareholder return (TSR) and stock price. Among notable companies in the running to hit the $1 trillion valuation mark include Exxon Mobile Corporation, Microsoft, Alphabet and Facebook. Of the multiple companies approaching $1 trillion in valuation, only a couple of CEOs have more than 1% ownership. 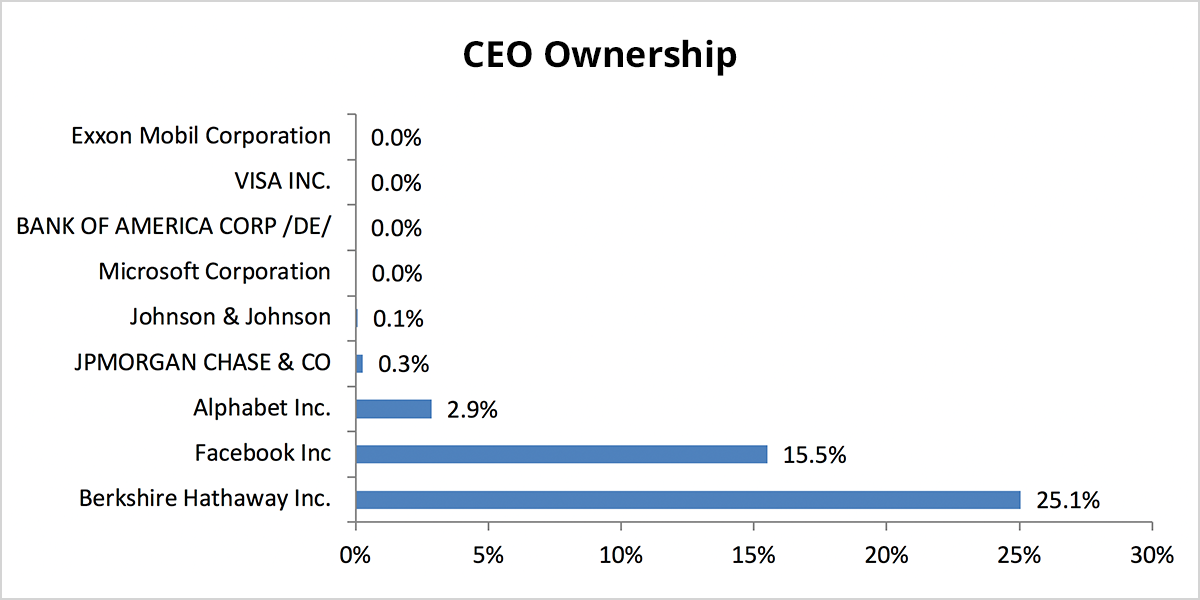 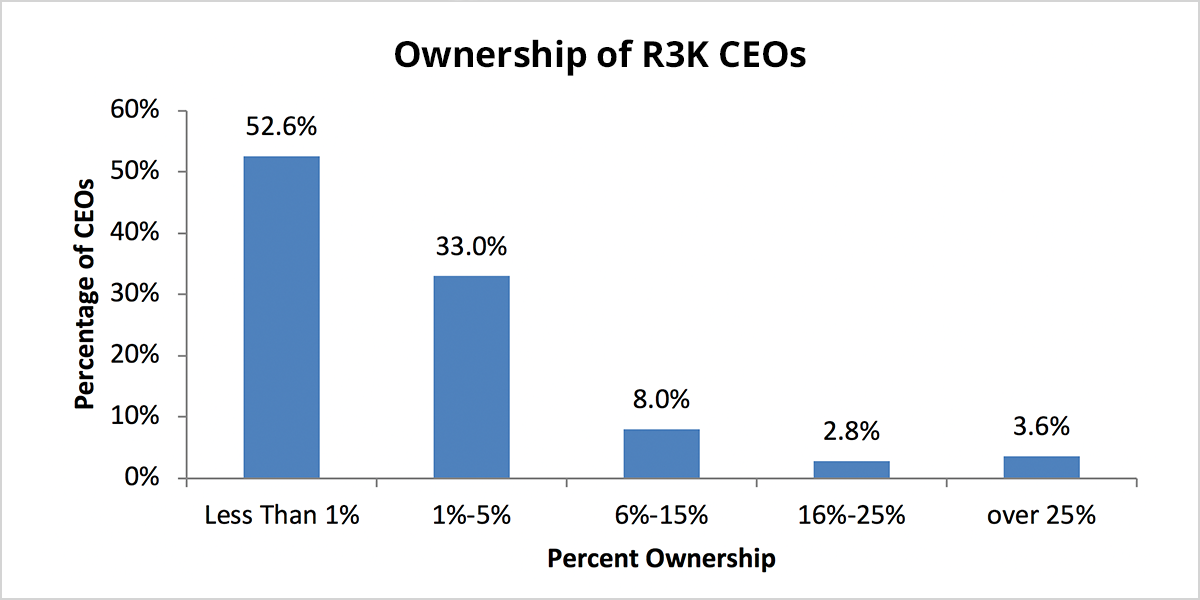 Analyzing the Russell 3000 on different metrics allows for more insight into ownership. For example, 26.1% of Russell 3000 CEOs from companies with less than $100 million in market cap own over 25% of company stock. Often times, smaller market cap companies have a CEO who also doubles as the founder of the company. As a result, the individual typically will hold more ownership stake in the company. For example, ACM Research, Inc.’s CEO David Wang is also the founder of the company. His company has a market cap of $80.5 million, and he holds 26.15% ownership. On the flip side, higher market cap companies generally have fewer CEOs who are also founders of the company due to longer company history among other things. As a result, as the market cap increases, the number of CEOs with ownership greater than 1% decreases as well. 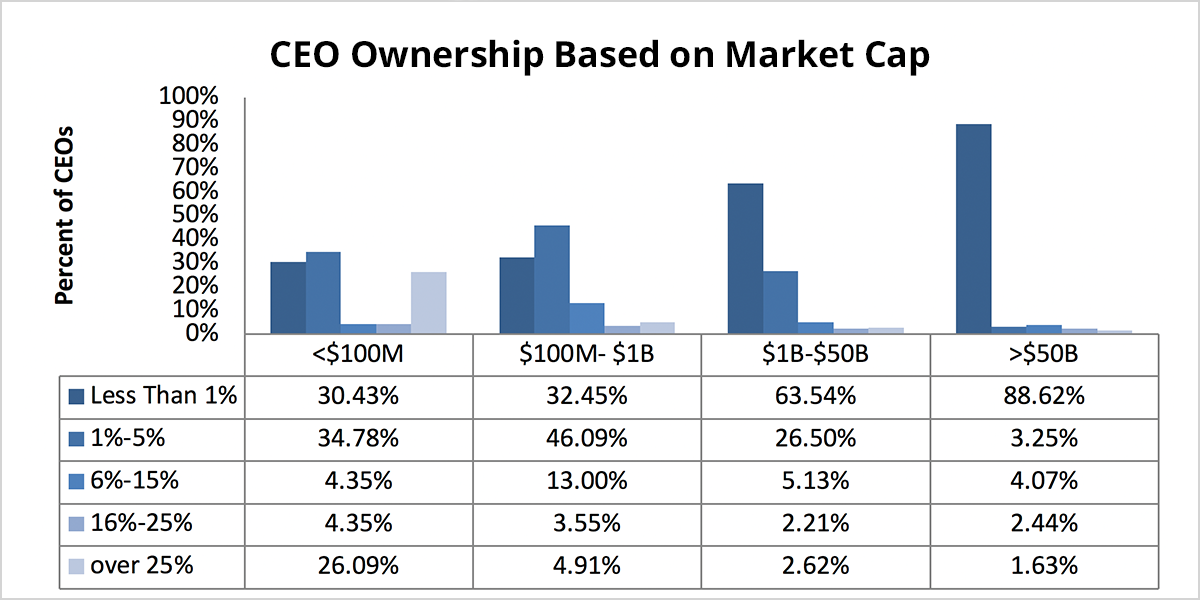 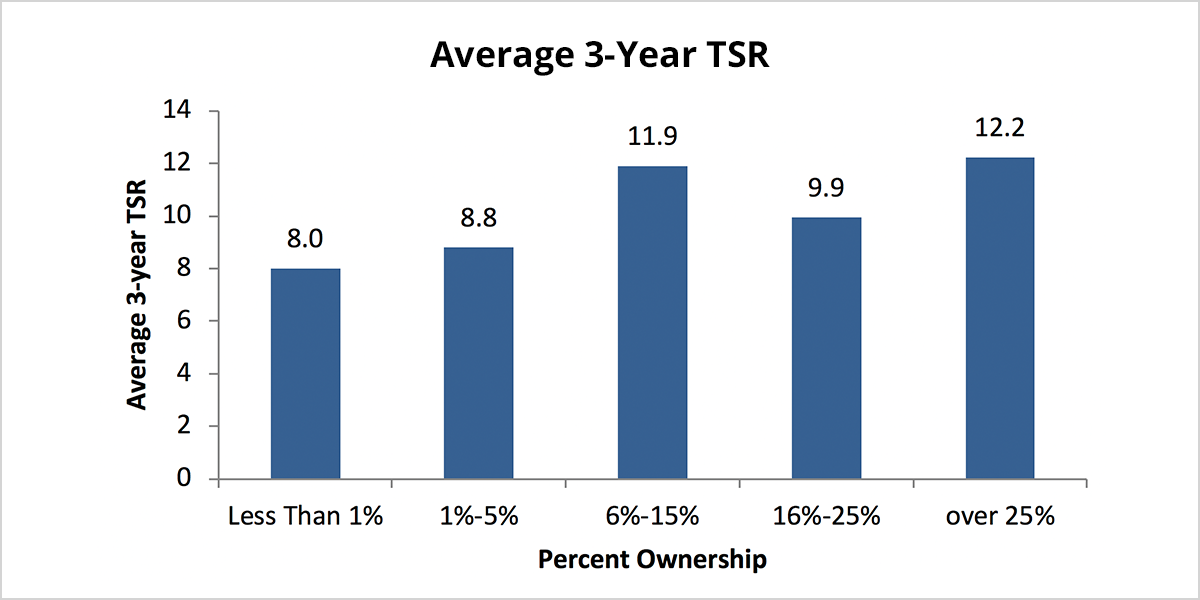 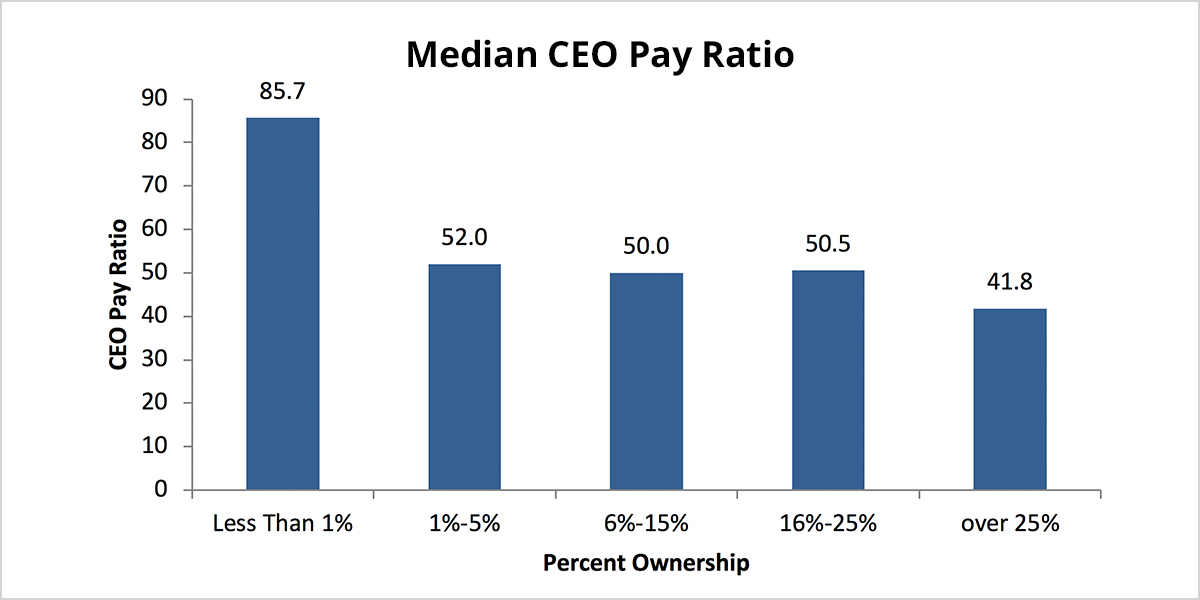 Overall, the percentage of ownership the CEO has may indicate how a company operates and exists in its space. For example, companies with a higher average three-year TSR and a lower CEO pay ratio have CEOs who own over 6% of their company. With more of an ownership stake in the company, the CEO may have more incentive to make sure the company’s TSR remains high because the CEO’s direct payout is based on how well the company is doing. Additionally, 88.62% of companies with a market cap greater than $50 billion have CEOs with less than 1% ownership. As a result, the safe bet would be that the CEO of the next company to hit the $1 trillion market cap will most likely have less than 1% ownership. 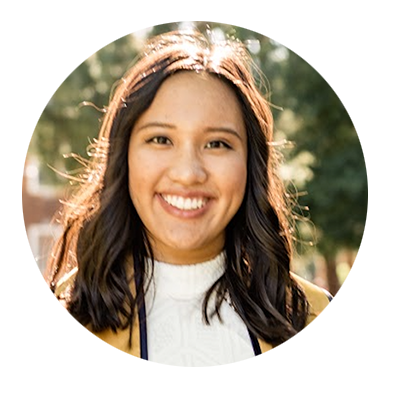