Women CEOs at Leading Companies: Compensation and Board Diversity 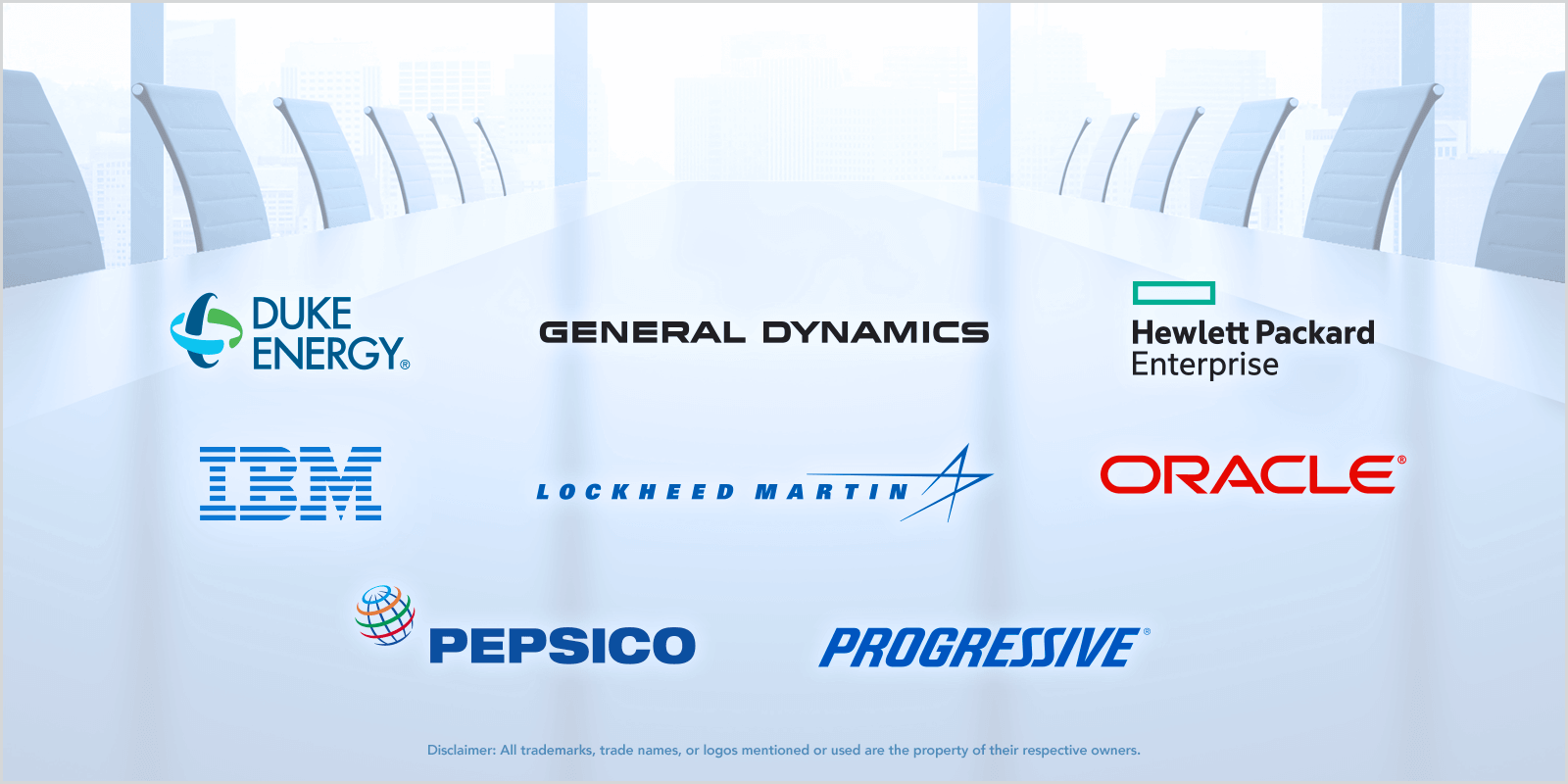 As gender equity and diversity in corporate leadership continue to be critical discussions, research is regularly published showing links between these factors and company performance. Based on an analysis of Equilar 100 companies—the largest U.S.-listed firms to file proxy statements to the SEC before March 31—women CEOs had a higher representation of women on their boards on average than companies led by male counterparts. They also were awarded higher compensation on average in 2017.

Overall, Equilar 100 companies with women CEOs had an average of 24.0% representation of women on their boards, vs. 23.5% for the companies with male CEOs. Furthermore, the women in the CEO position at Equilar 100 companies were well paid in 2017 with an average pay package of $21.4 million. By comparison, the men who were on the list received an average pay package of $16.4 million. The following two questions examined this data just below the surface, finding that the complete picture is more complicated than it appears.

Do Women CEOs Bring More Females Into the Boardroom?

The Equilar 100 study analyzed recently reported data for fiscal year 2017, including eight women CEOs, a drop from nine the previous year. While Meg Whitman has since left her position at Hewlett Packard Enterprise, she was still in the CEO position during the periods studied, so HPE is included in the analysis.

The answer to the question above—based on an analysis of Equilar 100 data—is yes, companies with women CEOs do have slightly more women in the boardroom. The list of Equilar 100 companies that had women CEOs in 2017 is below, inclusive of their current board composition as of March 31.

There are two important factors to consider that give pause in definitively being able to say “women CEOs at Equilar 100 companies lead in gender diversity on boards.” While the numbers are clear—and they are—large-cap companies are much more likely to have women on their boards overall.

According to the recent Equilar Gender Diversity Index, Fortune 500 companies included in the Russell 3000 had an average of 22.5% women on their boards, as compared to 19.2% for Fortune 501-1000 companies and a much lower 14.1% for R3K firms outside the Fortune 1000. The Equilar 100 overall outpaced each of these groups.

It's also worth noting that most CEOs are also on their own boards. Therefore, if CEOs were removed from the overall numbers, it's likely the data would show Equilar 100 boards being more inclusive of independent women directors when a male CEO is in place. 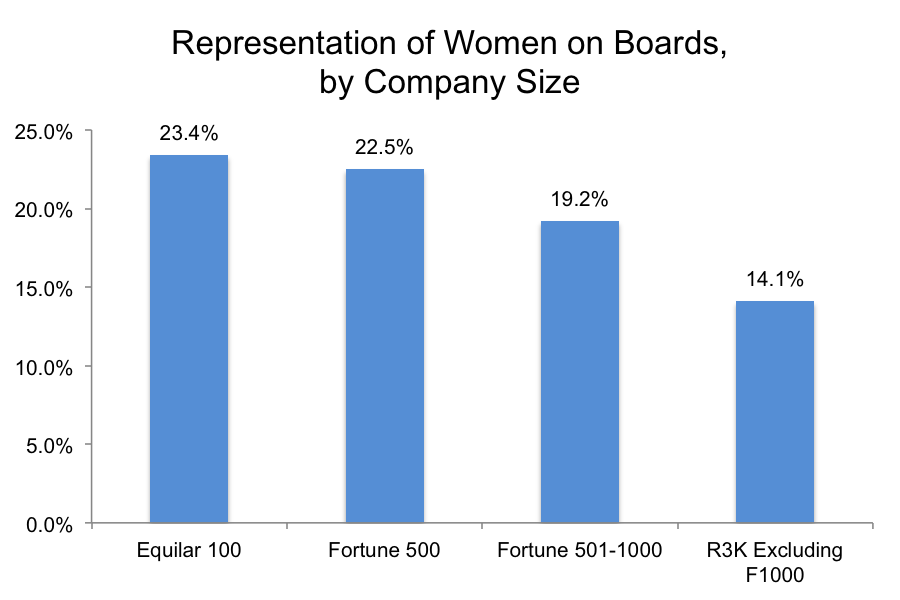 The facts are the facts—boards at Equilar 100 companies led by women have a higher percentage of female directors than their counterparts. However, the small sample size—pointing to the lack of women in leadership overall—and these other mitigating factors make a definitive statement difficult to prove.

Furthermore, similar to the findings on board composition, the larger the company, the higher the pay. Given the context of the Equilar 100 study more generally—that the largest companies by revenue tend to pay their CEOs more—this small sample size is not sufficient to make a claim that women CEOs earn more than men.

For example, using fiscal year 2016 data, it’s clear that the Equilar 100 stands out over all other public companies. (Since the Equilar 100 is an “early look” at proxy season, comprehensive data is not yet available for these other company groups in 2017.) In 2016, Equilar 100 CEOs were awarded $15.0 million at the median, in comparison to $11.0 million for Equilar 500 companies, and just $6.1 million for all public companies with more than $1 billion in revenue. 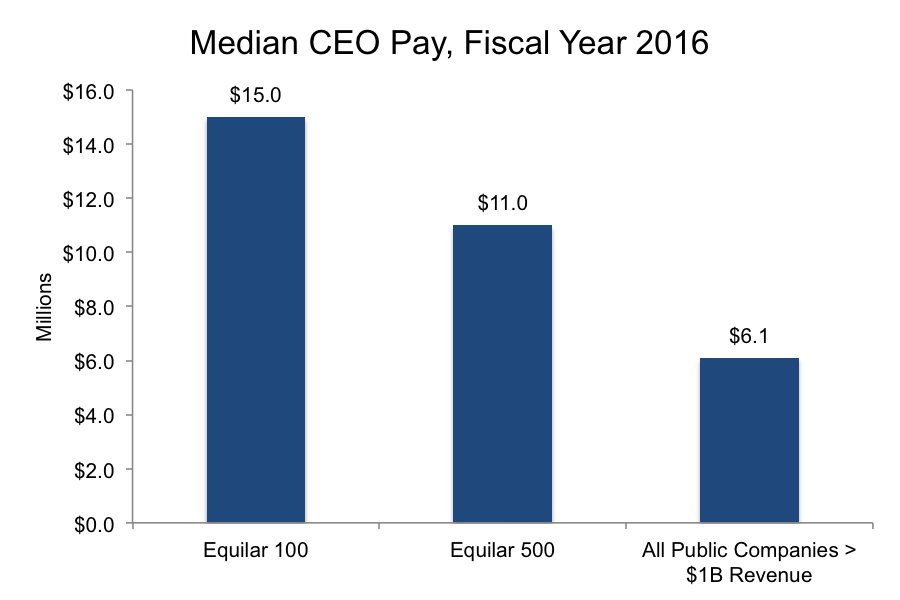 In other words, as with board composition, the numbers do indicate that women CEOs earn more than men at face value, but there is more than meets the eye.

Ultimately, proof of greater equity in executive compensation and board diversity when women are CEOs is inconclusive from this analysis, highlighting the importance of questioning numbers at face value. Indeed, an academic study was released recently that found there is no meaningful difference in pay between men and women at the CEO level. Each company’s compensation and board refreshment strategy is unique to their circumstances, and monolithic assumptions are not always fair. The gravity of these decisions pored over by each board of directors and their executive teams spotlights the rise of shareholder scrutiny and direct engagement on these matters.