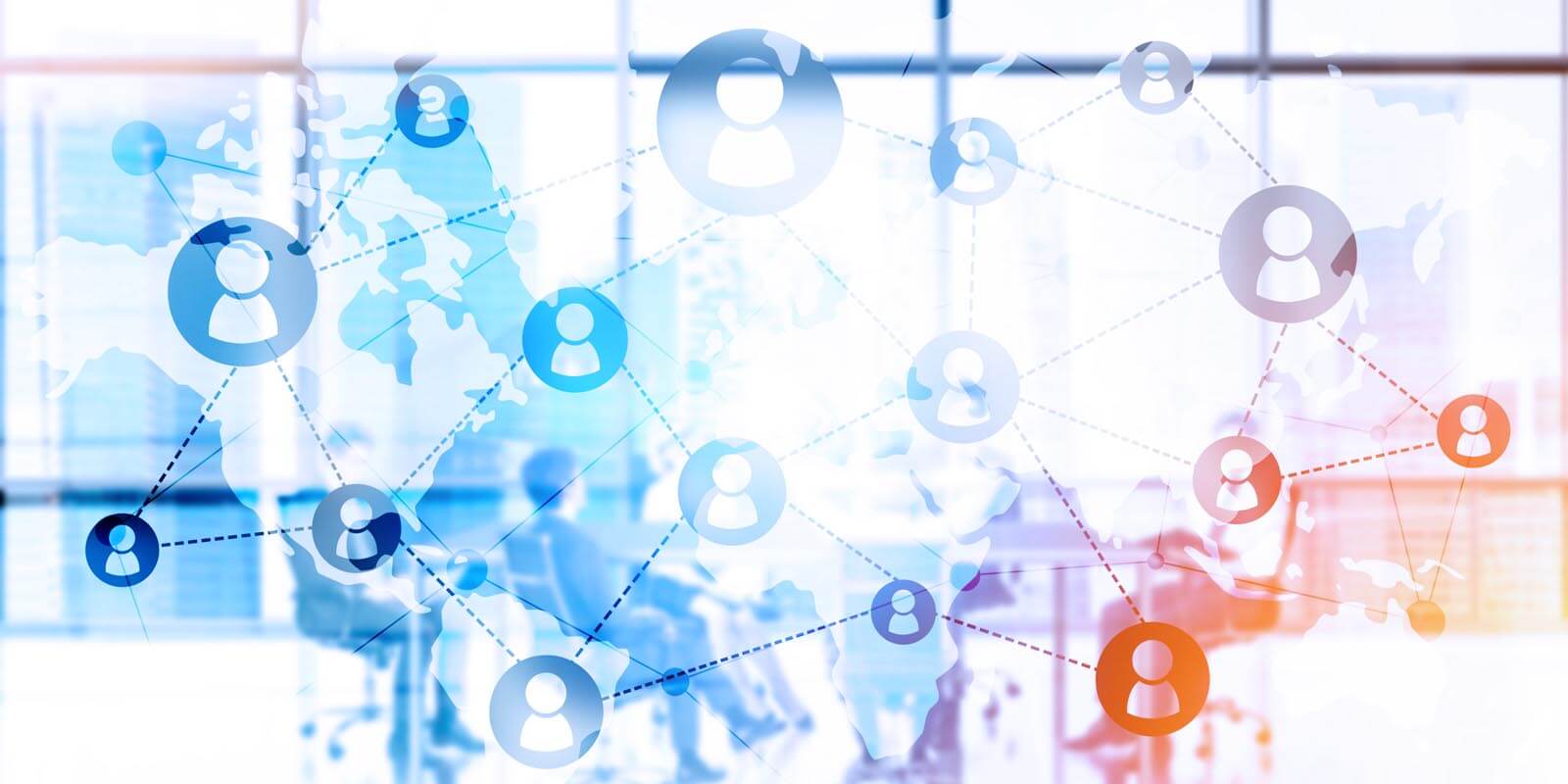 The concept of “overboarding” has become a trending topic in corporate governance. Investors, advisors and public boards alike have expressed concern that a director may not have sufficient time and energy to effectively serve if he or she has too many other commitments. However, many also see multi-boarding as an asset. They argue that an individual with concurrent public directorships can provide a board with valuable shareholder engagement and corporate governance experience, and apply lessons learned across companies in real time. 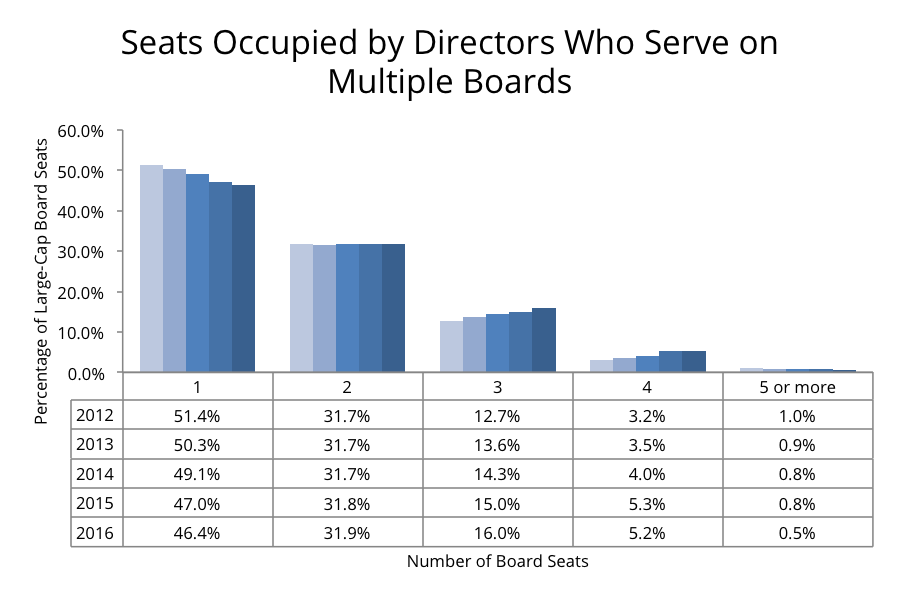 Boards’ interest in recruiting directors with shareholder engagement and corporate governance experience might be contributing to these increases. As boards face greater scrutiny from their investors and stricter regulatory requirements, hiring candidates that are well-versed in these issues may give them a strategic advantage. 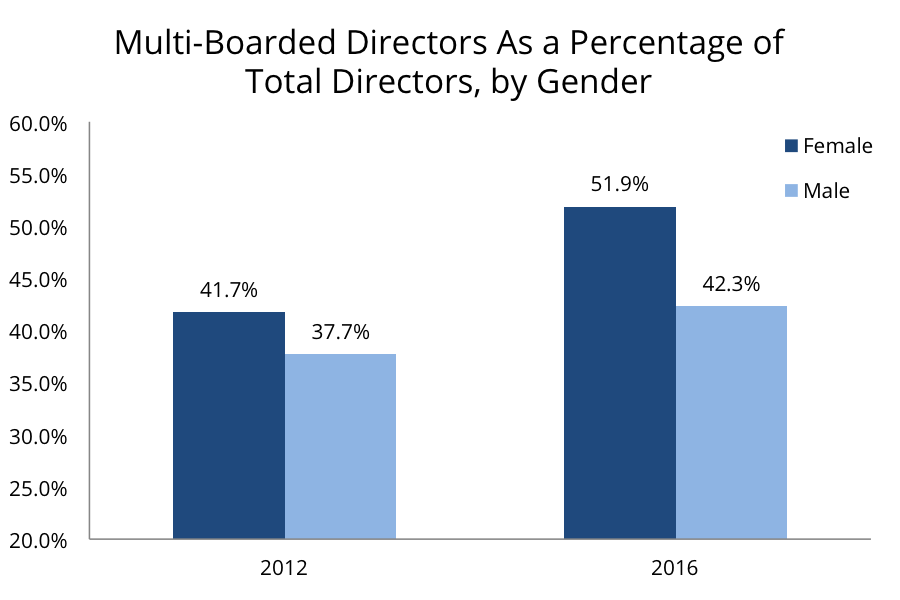 The study also revealed that multi-boarded seats tend to pay more than their single-boarded counterparts. For example, the median total compensation among large-cap board positions filled by an individual serving on five or more boards was 19% higher than the median of positions filled by a single-boarded individual. Indeed, median pay increased progressively as more positions were held by a director in a particular seat. 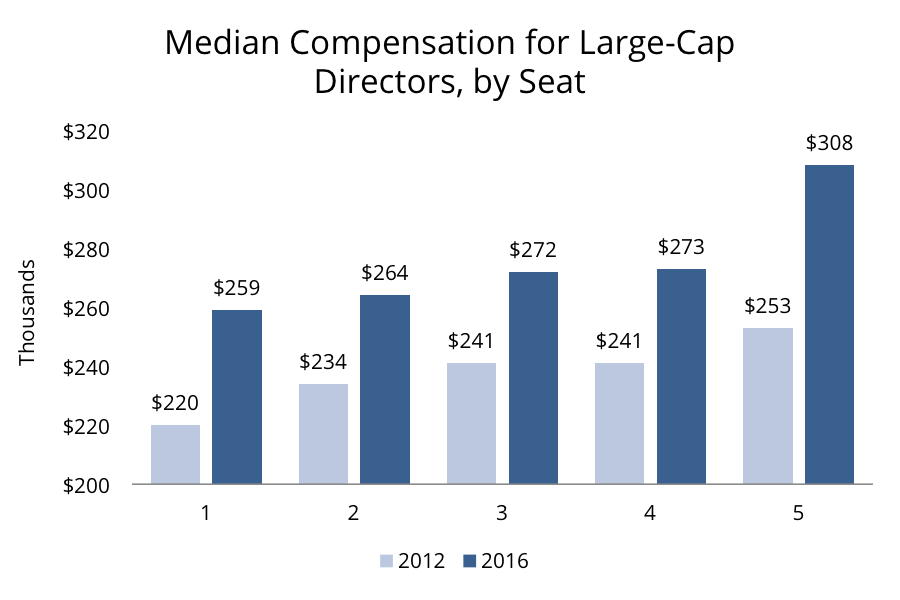 Why multi-boarded seats pay more than single-boarded ones is not entirely clear. One reason might be that directors serving on multiple boards leverage their experience to seek out higher-paying directorships. Or perhaps companies with higher-paying board seats tend to recruit individuals who already serve on a board because they value the directors’ current board experience and are willing to pay more for it. In addition, an individual already serving in one directorship may be more likely to obtain a leadership role on the next board they join. Positions like committee chair, lead director and chairman usually include additional fees that would increase a seat’s total compensation. Alternatively, a network effect may be present: The more boards one serves on, the more connected one is to higher-paying seat opportunities at other public companies.

It is unlikely that just one of the above explanations is driving this trend. The actual cause is probably a complex blend. Nevertheless, it appears that large-cap boards are increasingly recruiting and paying more for multi-boarded directors.

*Note: “Large-cap companies” are defined as the companies included in the S&P 500 index, as listed on Wikipedia.

With Equilar BoardEdge, use the latest data to benchmark the composition of your board against your peers, discover the right candidates for your succession planning needs, and connect with individuals using your executive and board network.