Executive compensation continues to play a key role in attracting, retaining and awarding corporate employees primarily responsible for company success. Five years after Congress passed Dodd-Frank, companies continue to focus on sound pay-for-performance practices to balance incentives for executives with the expectations of shareholders and proxy advisors that vote for or against Say-on-Pay proposals.

Well-rounded compensation programs, however, do not end with a resolution to pay for performance. A majority of public companies engage compensation consulting firms that will advise not only on the level and structure of annual executive pay, but also on supplemental features such as severance and change-in-control policies and equity compensation plans.

Equilar’s Compensation Consultant Market Share Rankings 2015 reveals the most popular consulting firms among companies of varying size and industry, while ranking them against their peers. The consultants sitting atop the ranks remained largely the same compared to the 2014 report. Although certain consultants may own highest share across broader categories such as the market indices, further examination of the industry sectors reveals that those market leaders are not always in highest demand for companies with specialized considerations.

New for this year’s report, Equilar also examined consulting firms engaged by company management, in addition to those firms engaged by boards of directors. Rankings for board vs. management engagements demonstrate a clear difference in market share.

Equilar’s Compensation Consultant Market Share Rankings 2015 details market share of compensation consulting firms across multiple market indices and industry sectors, ranking the top 10 firms per category. For the indices, consulting firm market share is divided between those firms engaged by public company boards of directors and management. The industry sectors examine board engagements within the Russell 3000 Index®. The Russell 3000® SmallCap was determined by taking the bottom-third of the Russell 3000 Index® by market cap.

This information was compiled through a study of the most recent consulting firms disclosed in proxy statements for the sample sets of companies, and those that did not disclose a consultant were excluded. The study defines years by fiscal year ends between March 1st and February 28th.

Equilar calculated the market share held by consulting firms for both board of directors and management engagement in three popular indices: the Russell 3000, Fortune 1000 and S&P 500. In addition, the bottom third of the Russell 3000 by market cap was examined for a look at smaller cap companies.

Between 2013 and 2015, Towers Watson held the highest market share across the most popular indices when engaged by management. Among the bottom third of the Russell 3000, Towers Watson and Radford both topped the list with equal market share of 13.3% in the most recent year. 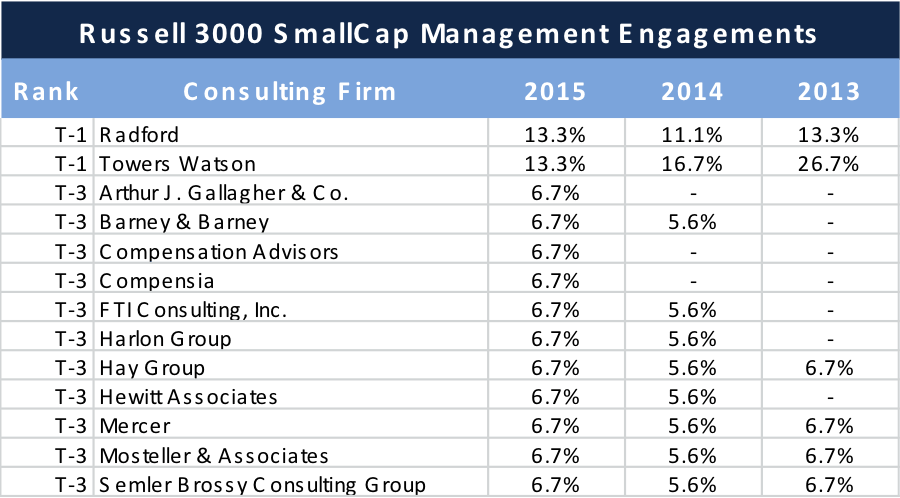 Board Engagement Market Share in the Russell 3000 by Industry Sector

Consultants will often hold more market share in a particular industry sector over others, as their expertise can provide valuable insight into optimal executive compensation policies and structures for a specific type of company. Equilar looked at board engagements for the Russell 3000 and determined which consultants had the largest market shares across eight sectors.

In 2015, Frederic W. Cook & Co. had the highest market share for almost all industry sectors, except for the healthcare and technology sectors, in which it ranked second. Since Radford specializes in delivering advice to life sciences companies, it is not surprising the firm topped the list for the healthcare sector. As for the technology sector, Compensia’s principal consultants have done significant work advising technology companies in the past, which helps explain its leading market share in this area. 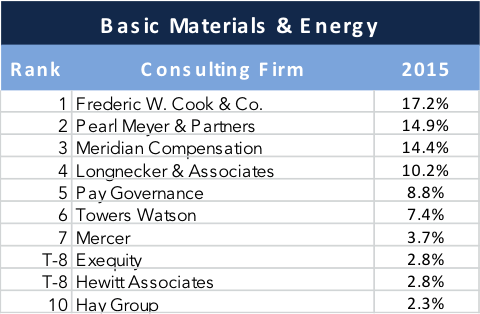 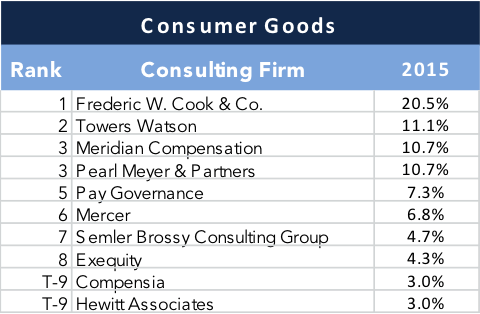 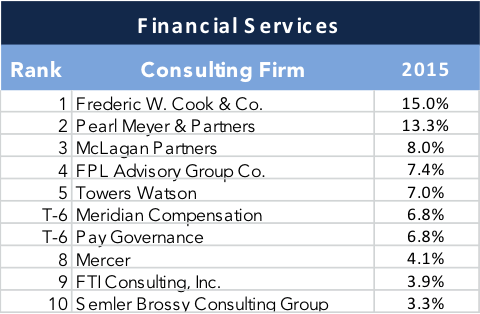 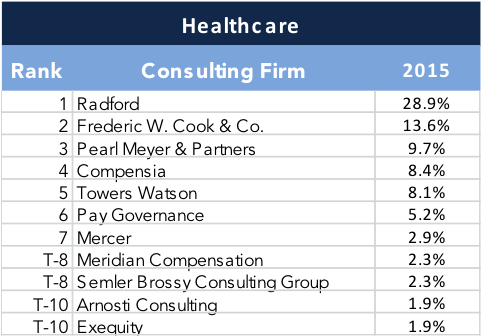 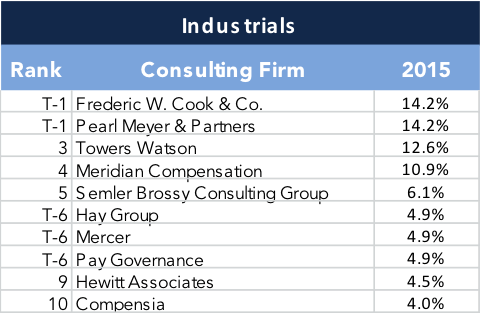 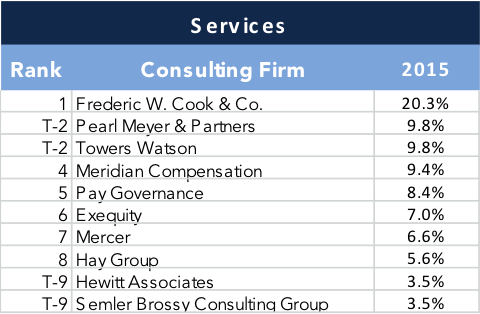 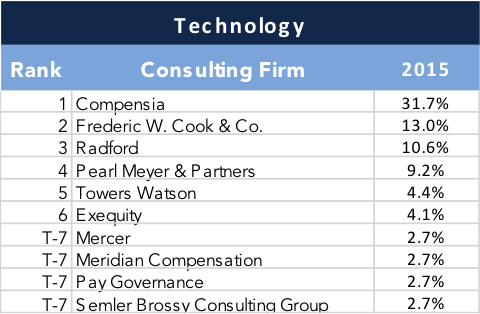 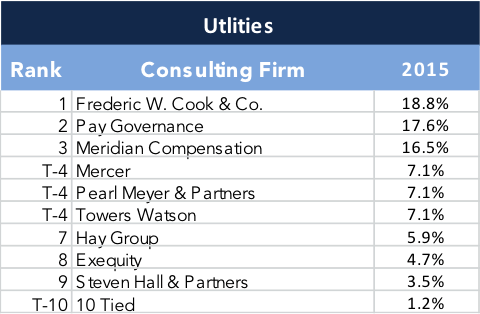