In With the New – Compensation of Newly Hired Chief Executive Officers

In the corporate world, there is no role more closely scrutinized than that of the Chief Executive Officer, who embodies the direction of the company itself. Thus, appointing a new CEO indelibly begins a brand new chapter in the company’s narrative.

Those concerned with executive compensation are equally intrigued by such events and the myriad of factors associated with them. Most pressing is the question of the origin of the new CEO: groomed from within or hired externally?

Equilar intends the following analysis to answer this question and others by analyzing the S&P 1500 for the calendar year 2013. Further analysis of the trends in compensation across the three sub-indices—the S&P 500, S&P MidCap 400, and S&P SmallCap 600—is provided, highlighting those in equity awards along the way.

This report covered new CEOs—hired internally and externally—in the S&P 1500 index from January 1, 2013 to December 31, 2013. A total of 151 transitions occurred in the following sectors and indices:

The majority of new CEOs came from within the company: 113 of 151, or 74.83%, from eight sectors. Eight sectors were also represented in the markedly smaller external hire pool of 38 CEOs. 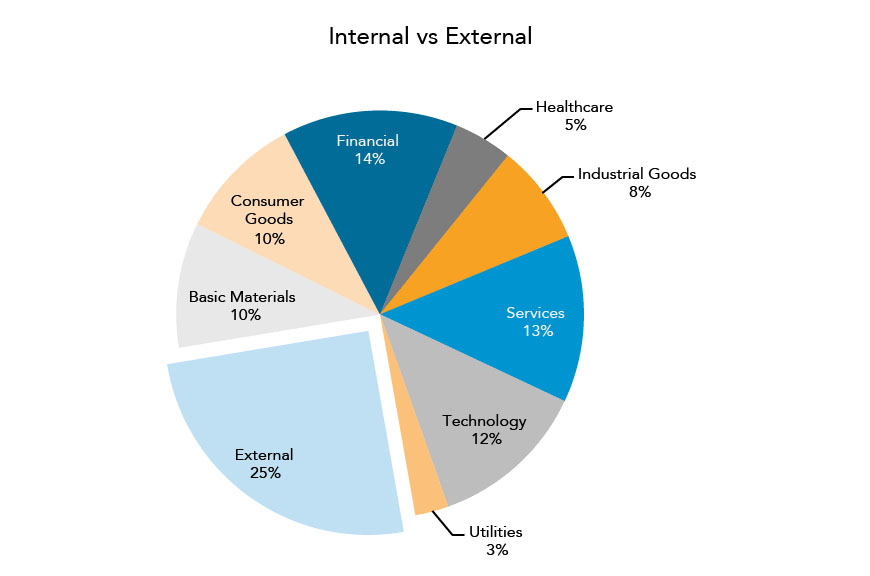 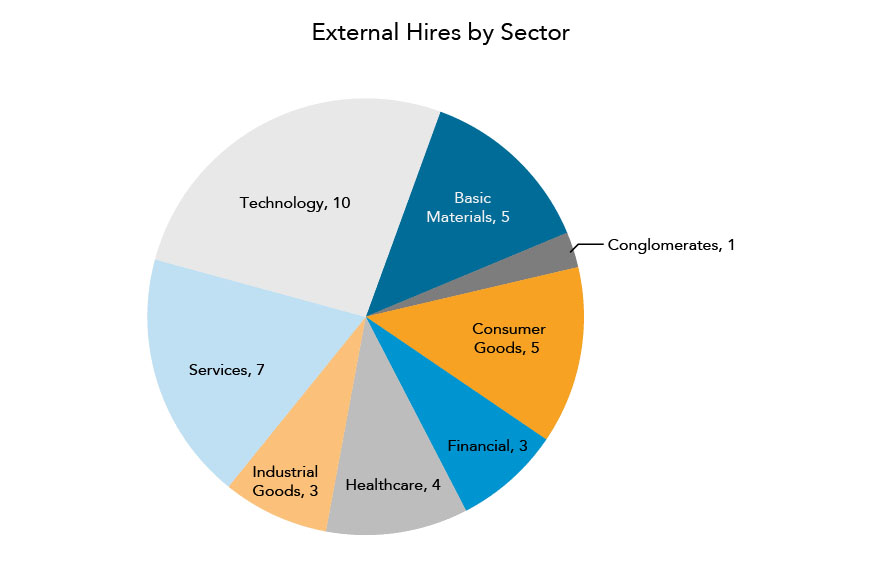 As mentioned in the key findings, companies with lower total shareholder return tended to hire from outside the company, except in the case of the S&P 600, whose external hires had a higher three-year TSR than their internal counterparts.

As disclosed in most summary compensation tables, total compensation is comprised of several categories: base salary, bonus, non-equity incentive plan compensation, stock awards, option awards, change in pension value and nonqualified deferred compensation earnings, and all other compensation. For the purposes of this report, the stock and option awards are valued at grant date fair value, as reported by each company.

Total compensation can be further subdivided into special awards and annual compensation. Special awards are defined as one-time grants, given as incentives for a new hire, under “make-whole” provisions, for retention, or to recognize a promotion. The median in the S&P 500 and S&P 600 received more in both annual and total compensation calculations, while this trend was reversed in the S&P 400. The following chart displays both figures, divided into the three indices. 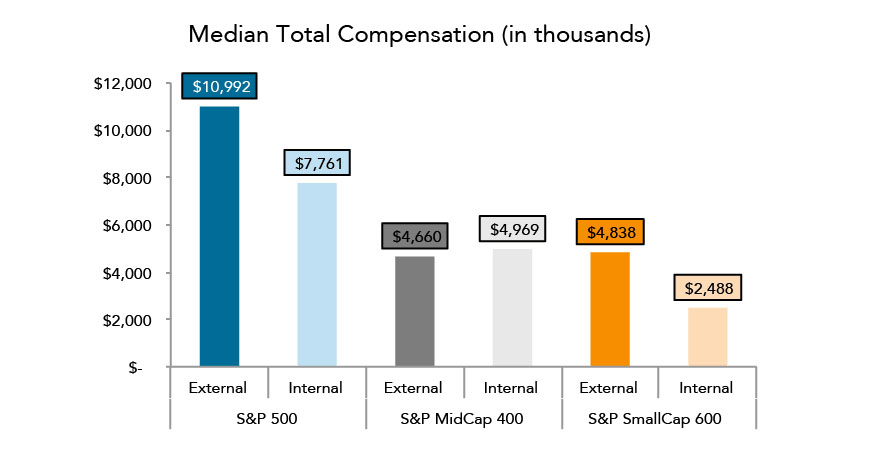 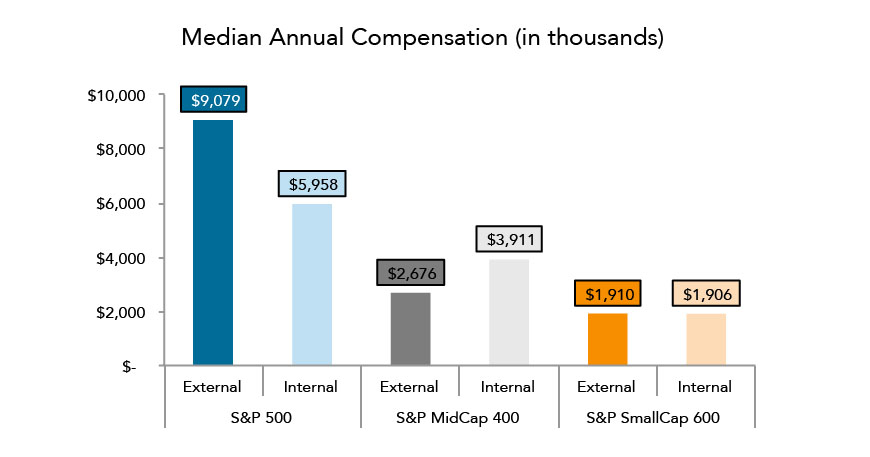 To align their interests with those of shareholders, CEOs receive a high percentage of their compensation in the form of equity. This percentage varies from a notable 19.3% for median external hires in the S&P 600 to a significant 59.6% for internal hires in the S&P 500. The median S&P 1500 new CEO could reasonably expect 36.2% of his or her pay to be in the form of equity.

As the concept of pay for performance becomes increasingly prevalent for proxy advisory firms and shareholders alike, performance-vested equity follows the same trend. For median S&P 500 external and internal new-hire CEOs, 47.7% and 55.2% of their compensation was in equity grants, respectively. 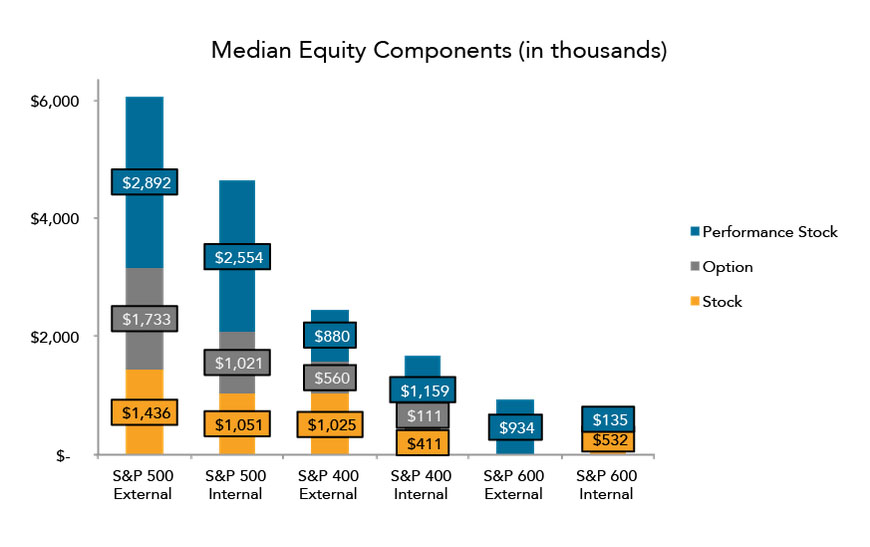