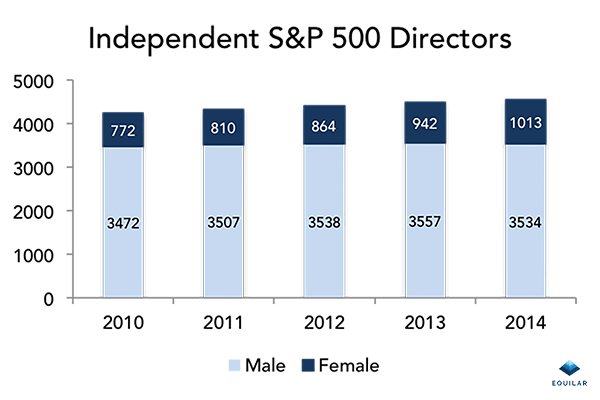 In today’s corporate world, boardroom diversity is top of mind for governance professionals and investors alike. Shareholder engagement and activism has pressured companies to evaluate their directors for a breadth of demographics including gender, ethnicity, skillset, experience and independence. 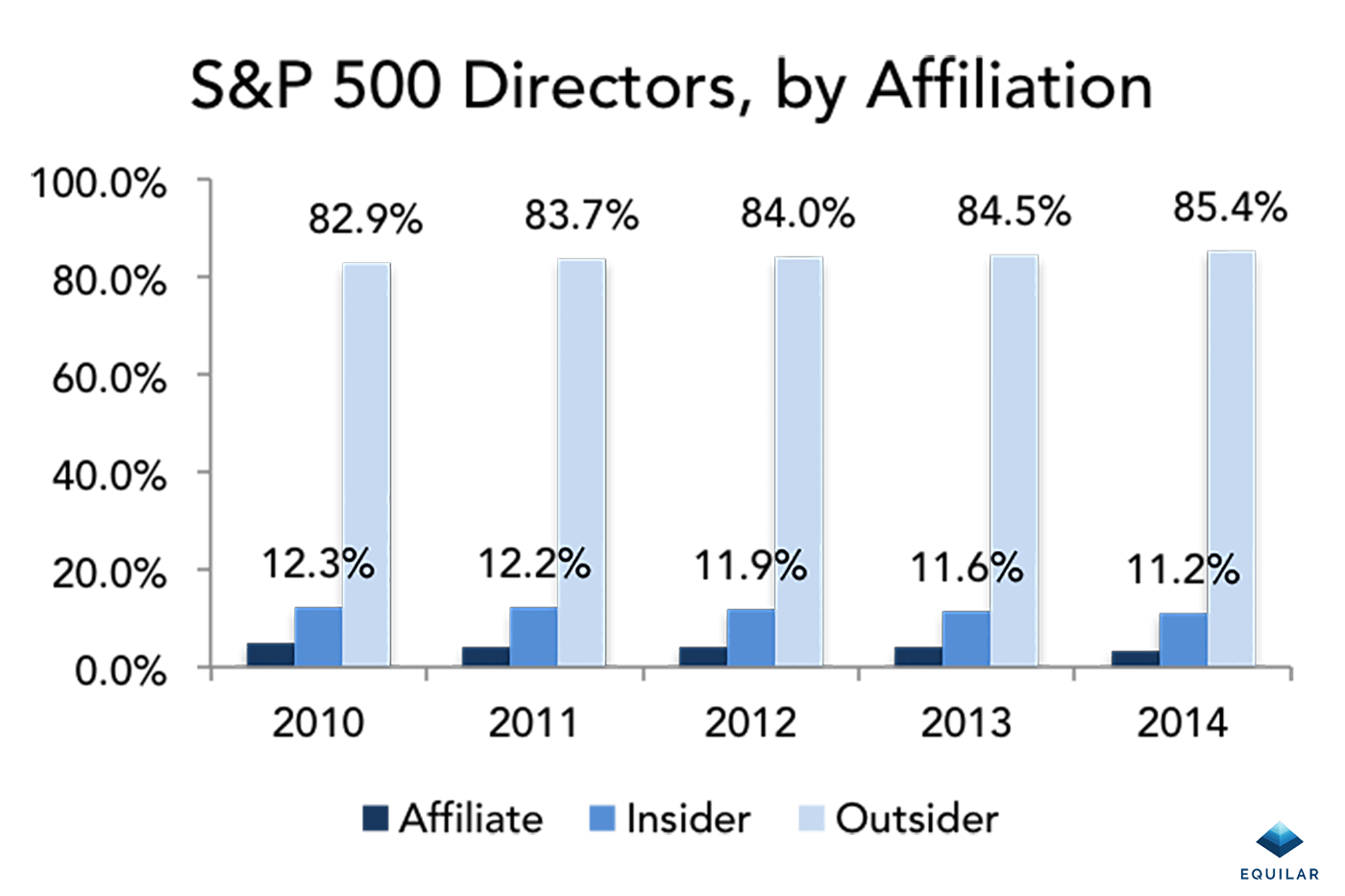 There is more here than meets the eye, and the rise in independent directors is highly attributed to the increase of female board members at S&P 500 companies, who are predominantly independent. In fact, consistently over the past five years, more than 95% of female directors neither worked at the company for which they were a director nor were they affiliated with it in any other way. 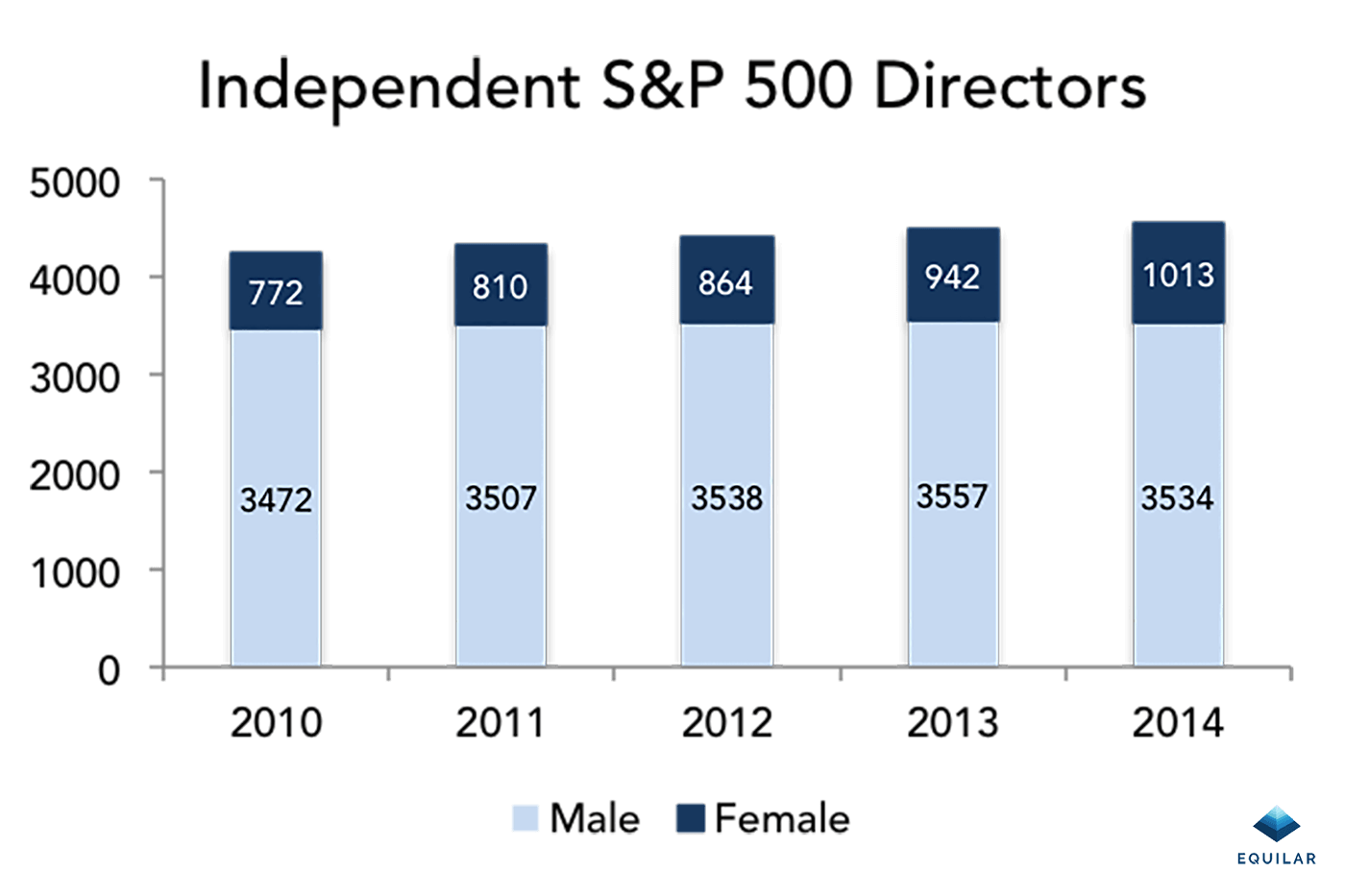 This data set tells us that there are very few insider women who make it to the boardroom—34 in total in 2014—which pokes holes in the concept that there are not enough qualified women available for board service, given what a small percentage of currently serving female executives that represents. But that’s a story for another day and time.

These shifting trends of gender and affiliation could reflect a shareholder desire to increase diversity and reduce potential conflicts of interest, knowing that directors make crucial decisions that affect their company’s outlook and performance. As shareholder engagement and activism become the norm, companies will need to ensure that the composition of their boards encourages a diversity of mindset and background that instills confidence in investors in a competitive marketplace.