CEO Tenure Has Increased Nearly One Full Year Since 2005 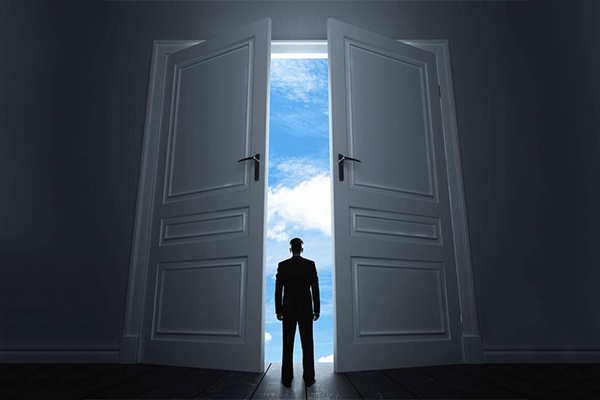 Contrary to trends that may influence executive turnover such as increased M&A activity, scrutiny from activist investors to perform in the short term and an aging boomer population, tenure for S&P 500 CEOs has increased nearly a full year since 2005, according to a recent Equilar study compiled for CNN. 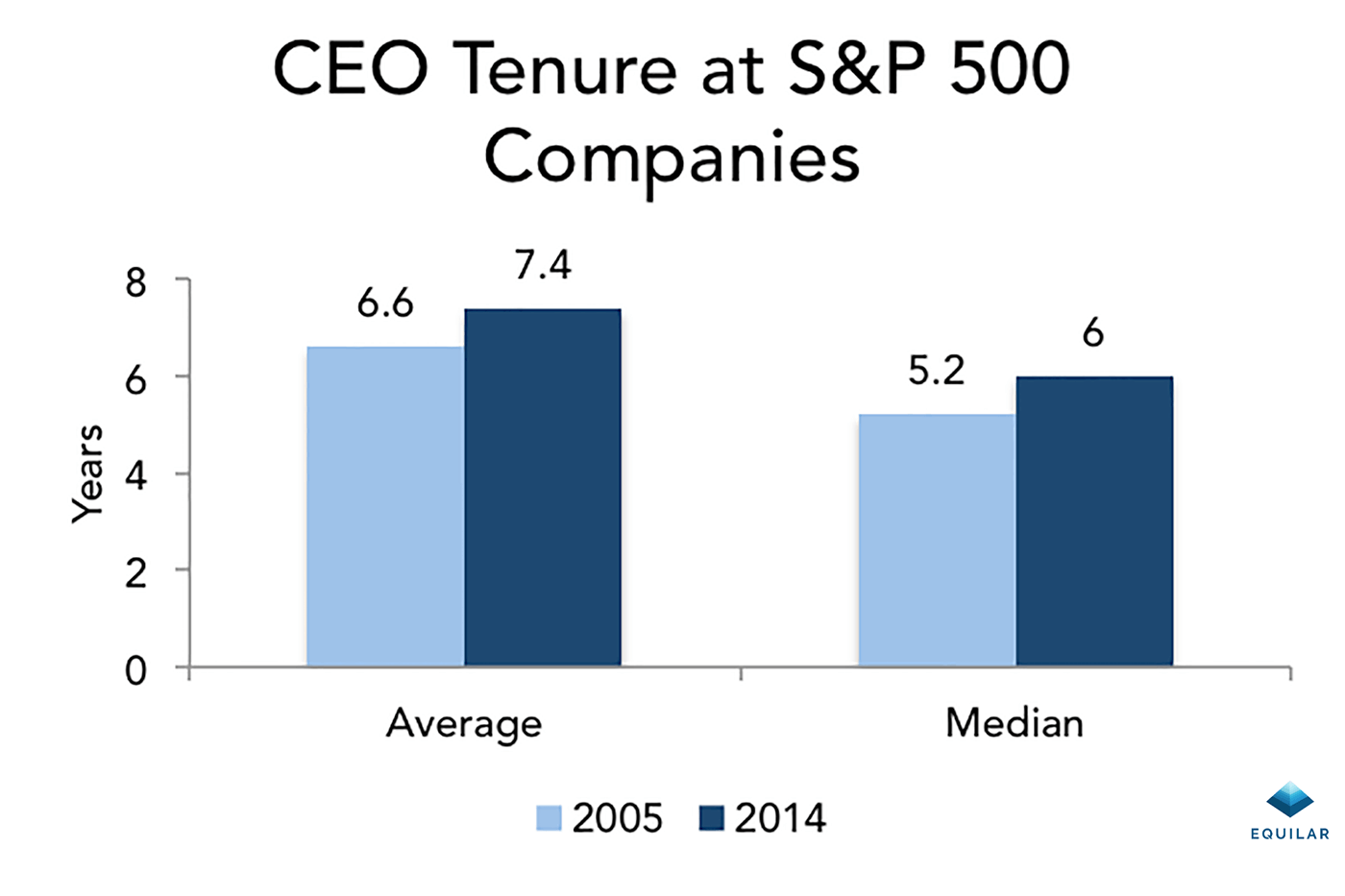 In addition to the perception that the market has become less patient with public company executives in response to Dodd-Frank and other short-term pressures, each year since the recession has seen an increasing number of new CEOs. Since 2009, there have been 265 new CEOs at S&P 500 companies, meaning that more than half of the index has a CEO with below-average tenure. 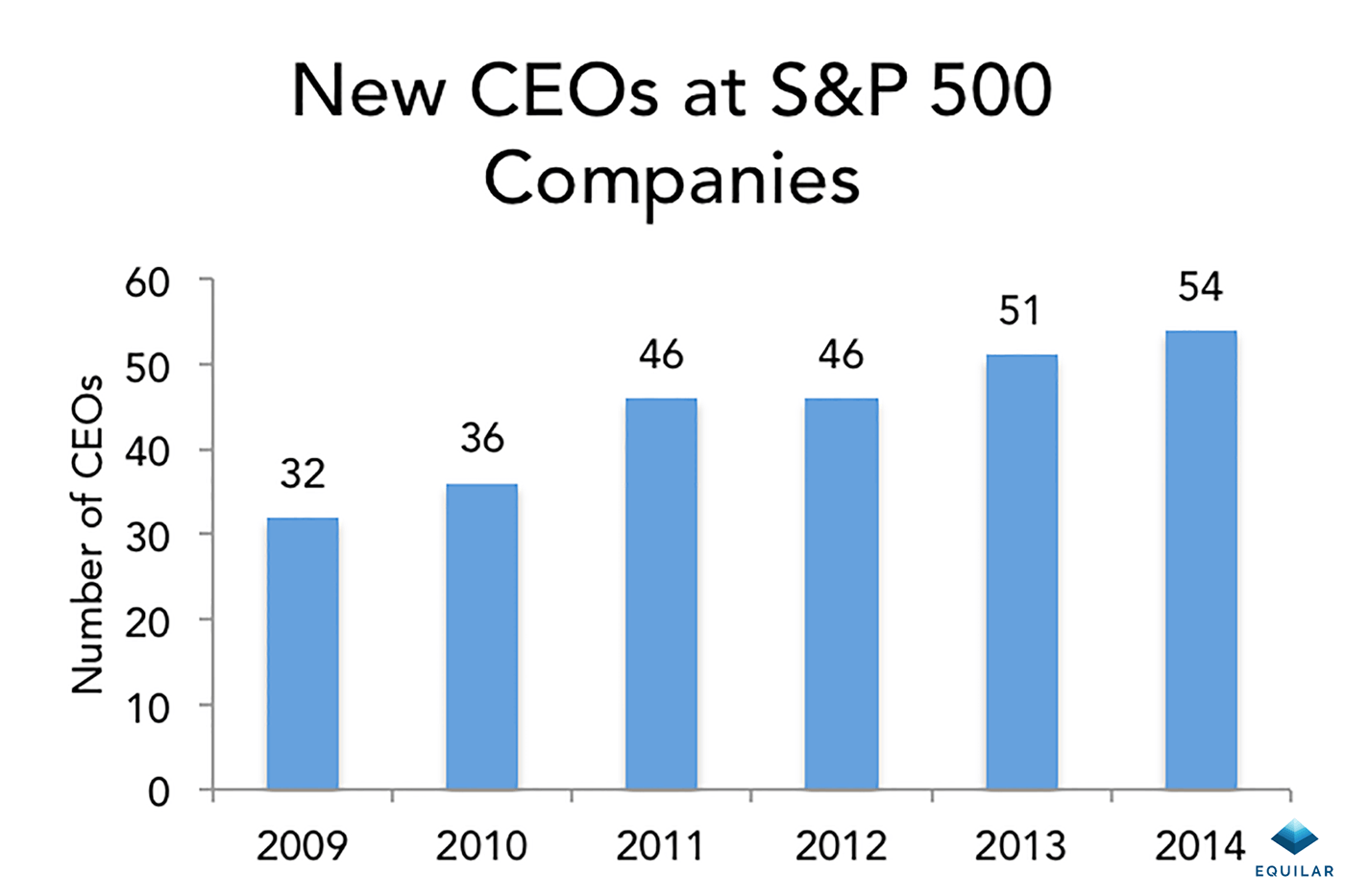 Though counterintuitive to some market trends, there is one simple explanation for the rising average: There is a collection of long-standing CEOs at the top of the list. In 2014, there were 142 CEOs who had served their companies longer than 10 years. Ten years ago, there were only 94 who had such a distinction.

The consumer goods industry provides a great example of how veteran CEOs can influence overall averages. Because Ralph Lauren stepped down after serving 48 years as CEO of his eponymous company at the end of September 2015, in 2016 we certainly will see a change in the overall average. Hypothetically, if Leslie Wexner of L Brands also retired this year—who has been CEO for 53 years—the average tenure among consumer goods CEOs would drop from 8.4 years to 7.0 years just by subtracting those two individuals and replacing them with newly appointed executives.

In other words, in combination with the rising number of new CEOs, we may see a tipping point when those long-tenured CEOs continue to retire.

Of course, these issues are never so simple. Of those 265 new CEOs, since 2009, 245 were still serving at the end of fiscal 2014. And since Dodd-Frank passed in mid-2010, only eight newly appointed CEOs have left their position, perhaps an indicator of future stability at the position among the largest U.S. companies.