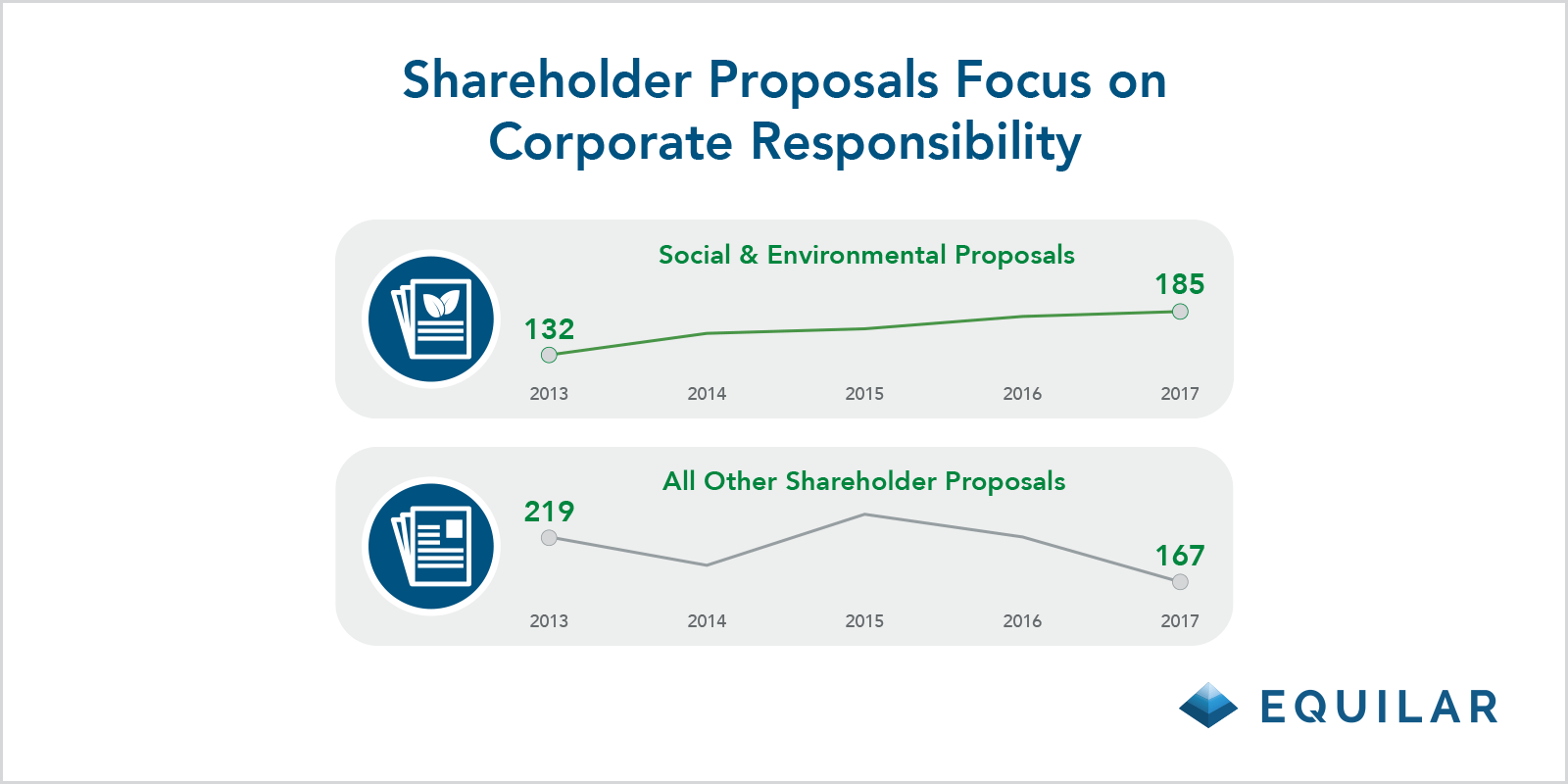 In the last five years, the number of shareholder proposals has remained relatively consistent at large-cap companies—hovering around 350 outside of a spike in 2015 and 2016 when proposals neared 400 due to an influx of proxy access motions. In that timeframe, the mix of those proposals has changed as more investors are stepping up to demand transparency from companies on social and environmental issues. Data in the new Corporate Governance Outlook 2018 report shows that ESG proposals are creeping up steadily while others wane.

Governance experts contributing commentary to the Equilar report weighed in on this topic. 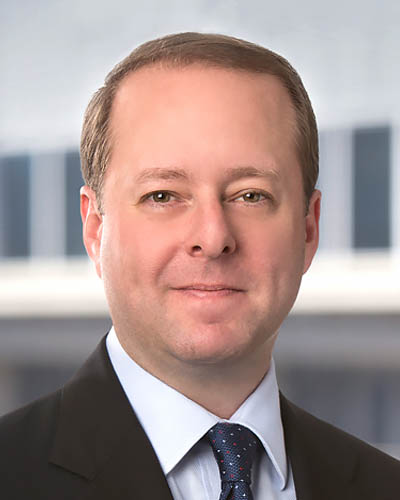 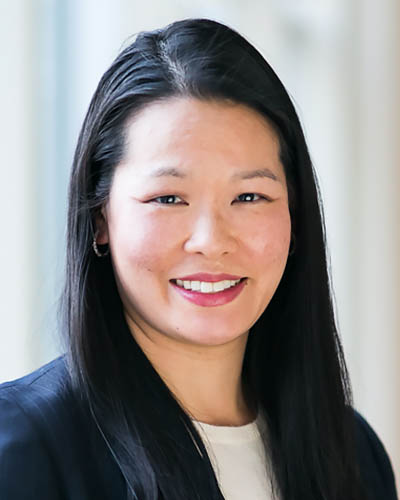 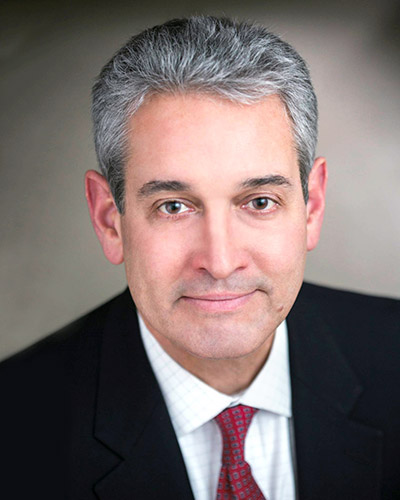 Alex Bahn: “In 2017, proposals on environment and social issues took center stage and markedly outnumbered governance-and compensation related proposals. 2017 voting results, however, indicate that investors continue to provide the highest levels of support on governance proposals, including board de-staggering, proxy access adoption and majority voting for directors. That is not to say that environmental and social proposals aren’t gaining traction. Three climate change proposals achieved majority support in 2017 compared to only one in 2016. This trend reflects the views of large institutions, such as BlackRock and Vanguard, who have become more vocal in support of environmental topics. It also is indicative of these institutions’ willingness to support shareholder proposals on environmental topics where they are not satisfied with their engagement with a company on the issue.”

“It is understandable, but misleading, to equate the absolute number of, or trend in, how frequently a certain shareholder proposal type occurs with the degree of investor interest in, or support for, a particular topic. Shareholder proposals are but one arrow in an investor’s activism quiver. For example, recently there may be fewer board-related proposals, in part because larger companies have increasingly adopted the requested measures, leaving a smaller pool of remaining targets at any particular market cap or index level. Also, there have been many past cases when in one year, an investor filed dozens of proposals on an issue, and the following year, based on strong voting results on the issue and the investor knowing they got the companies’ attention, reverted to engagement dialogue on the same issue with an expanded group of targets. These companies know that if the investor is was not satisfied with the nature and quality of the dialogue, then that investor could revert back to filing proposals that may get significant support in the future.”

Please click here to request a download of Corporate Governance Outlook 2018, featuring commentary from Hogan Lovells and Donnelley Financial Solutions and read more about this and other trends and topics.