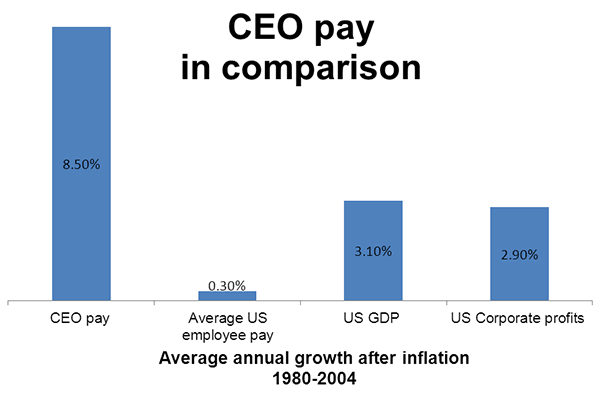 The difference in pay between CEOs and the average worker became a hot-button issue in the years following the financial crisis of 2008. The Dodd-Frank Wall Street Reform and Consumer Protection Act mandates that companies disclose the pay ratio between the CEO and the company’s median employee, but five years later, the SEC has yet to determine how that rule will be implemented. This is due in part to the significant challenges involved in developing a rule that makes sense on a company-by-company basis, but the delay also stems from the SEC’s misgivings about the appropriateness and efficacy of disclosing a CEO pay ratio at all.

While a company-specific measure has yet to be created, it is possible to analyze the CEO pay ratio on an economy-wide basis by comparing median CEO pay to the median income of all employed full-time workers. Due to the substantial linkages between CEO pay and company financial performance, we looked at changes in pay from a 2007 baseline in order to compare similar locations in the business cycle.

Median income has stagnated over the past eight years, outpaced by a rapid growth in CEO pay. While the financial crisis caused CEO pay to dip, compensation has since rebounded and more than made up for lost ground. After adjusting for increases in the cost of living, the US median income in 2014 was almost identical to its level in 2007. The median CEO at an S&P 1500 company, meanwhile, saw real pay rise by 56% over the same period, equivalent to a 6.5% annual increase. 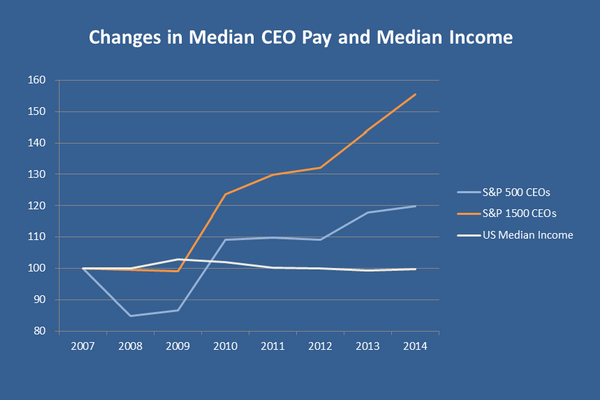 A substantial portion of the growth in CEO pay has been driven by smaller companies, and CEOs from the smallest 600 companies in the index have seen a real median pay increase of almost 70%. S&P 500 companies, on the other hand, have increased median CEO pay by only 20%. Additionally, CEOs from the broader S&P 1500 saw a larger pay increase even in absolute terms than those from the largest 500 companies, despite starting from a much smaller base. These gains, of course, stand in contrast to the $123 real loss seen by the average worker. 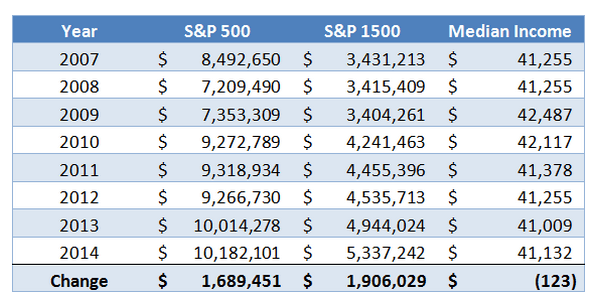 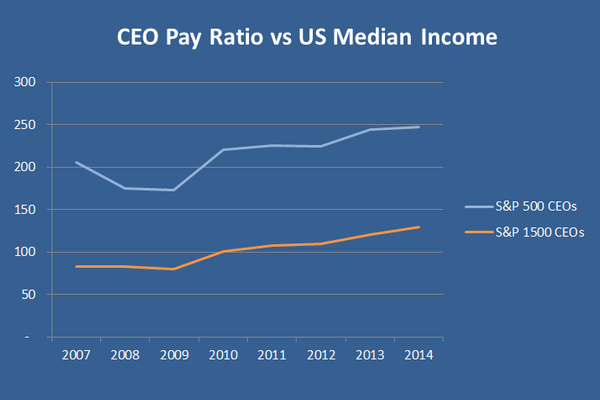