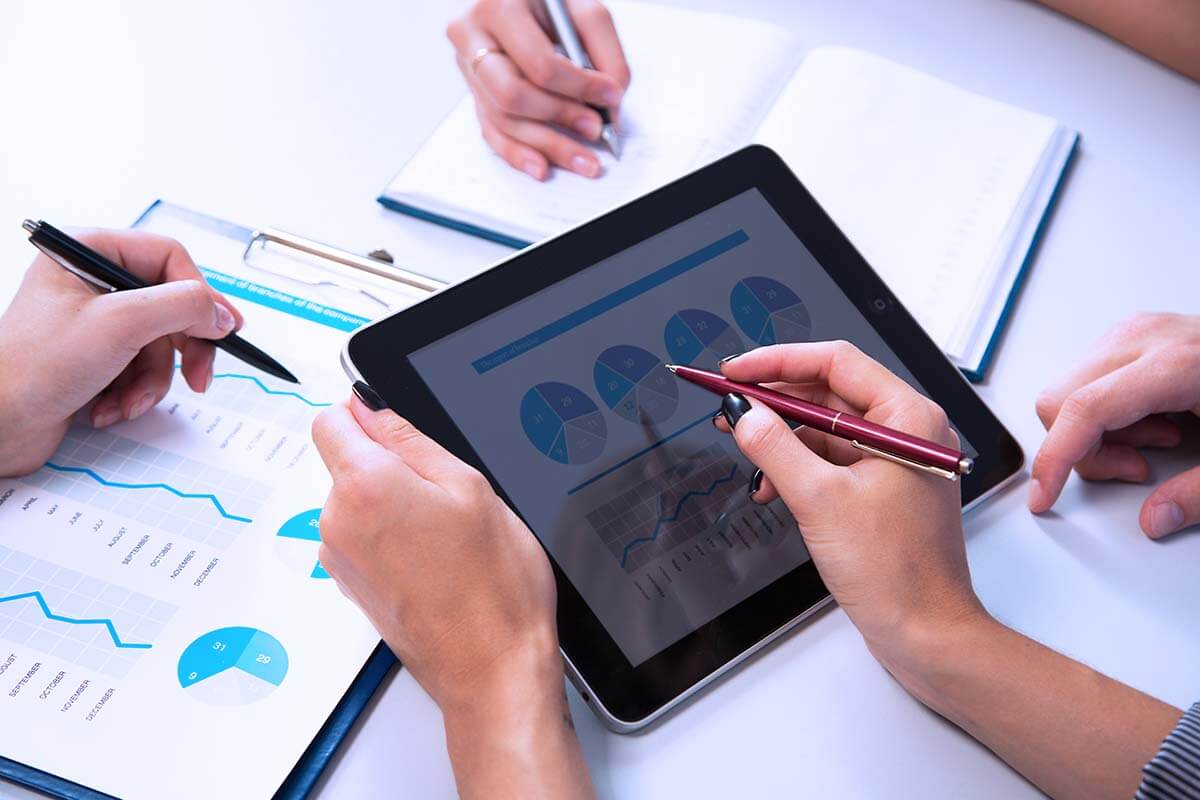 Since the passing of Dodd-Frank, executive compensation rules and regulations have required companies to include increasing amounts of information in their annual proxy statements. As a result, these filings have continued to expand. In fact, according to the recent Equilar report, Innovations in Proxy Design, featuring commentary from Donnelley Financial Solutions and Pay Governance, the compensation discussion and analysis (CD&A) section alone averaged nearly 10,000 words across the S&P 100 in 2016. 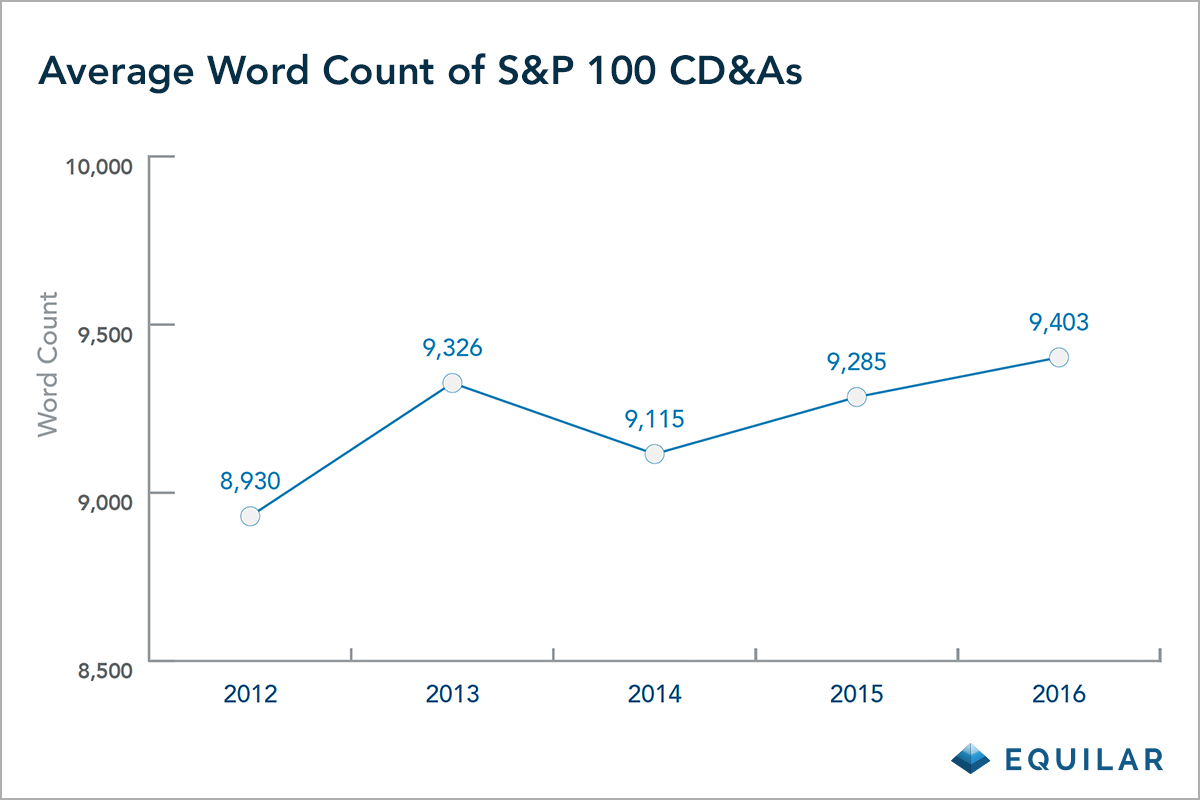 Over the past five years, the following 10 companies have seen their CD&A sections increase the most in terms of word count, with JPMorgan Chase by far leading the S&P 100 in terms of growth. From 2012 to 2016, the bank’s compensation disclosure increased by more than 250%.

Increasing word count can mean many things, and in most cases, this trend reflects companies including clearer explanations in order to ensure their shareholders are apprised of changes to their pay practices and investor relations. As the Equilar report found, 42% of S&P 100 companies included explicit details about how they altered policies resulting from shareholder outreach, signaling their willingness to listen to feedback.

Ironically, regulations have in part caused companies to have to spend more time (and ink) explaining their pay practices as opposed to making them straightforward and clear. For instance, the summary compensation table (SCT) information that is required to be included by all companies does not always clearly show how companies are paying their executives for performance. Since the SCT shows stock and options valued on the date they were granted, a multi-million dollar stock award in one year meant to pay out over a multiple-year period will appear disproportionately large. An example is Tim Cook at Apple, who received a stock grant worth nearly $400 million when we was hired as CEO in 2011; however, he has not received any equity compensation since as part of his employment agreement.

“Comparisons using solely the SCT values are inherently flawed,” said Christine Skizas, a Partner with Pay Governance, who contributed commentary to the Equilar report. “The time horizon over which pay and performance are measured may be appropriately tailored to reflect milestones in the company’s business, and it is best when companies can customize their communications and utilize calculations and messages that are consistent with those they use with investors on a regular basis.”

The shareholder advisory vote on compensation—i.e. Say on Pay—has led to additional disclosure as companies detail outreach to their investors in order to ensure they understand all elements of the pay program. In the examples cited above, outlier pay packages rightfully raise concerns from investors, but if they are not appropriately explained elsewhere in the proxy, then companies run the risk of undergoing scrutiny that could be clarified. A case in point, JPMorgan Chase included a detailed “roadmap” for its CD&A in the bank’s 2016 proxy to help those viewing the document find information more easily. 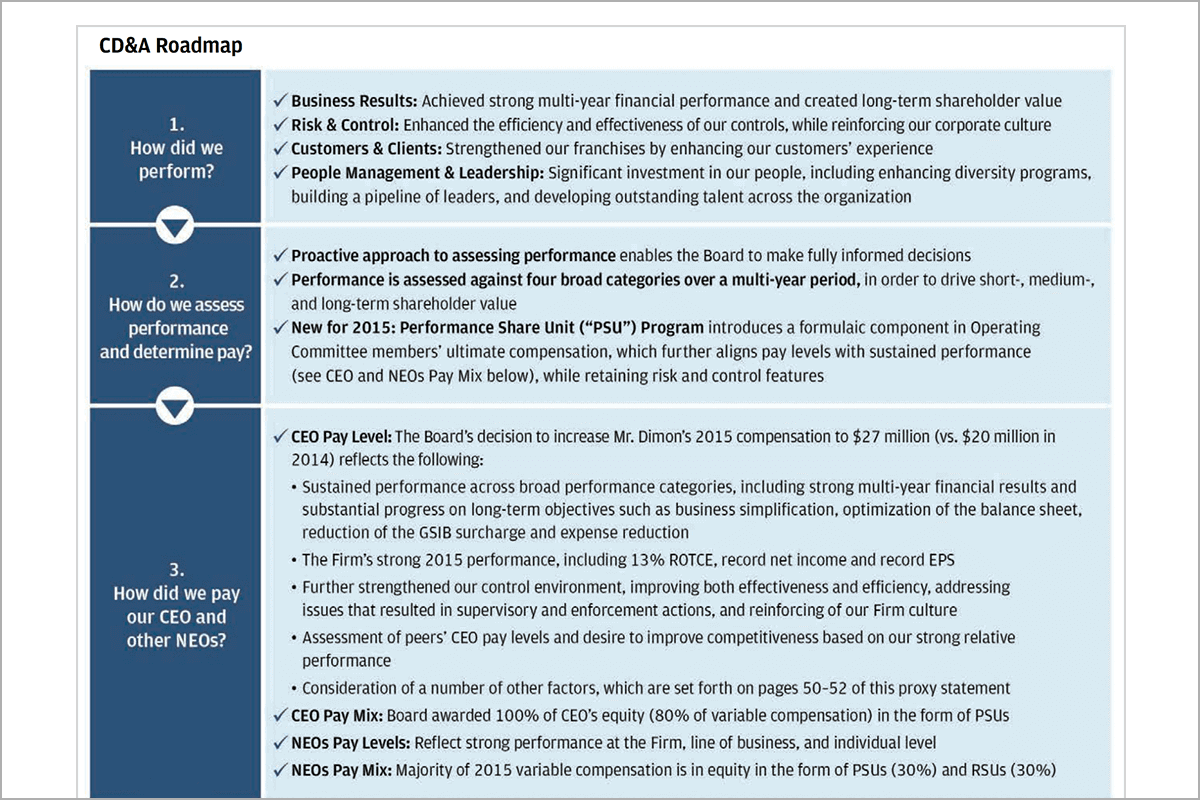 “With executive compensation being an admittedly complex, technical and often multi-layered topic, many investors request a clear answer to the big picture question of ‘How does pay support strategy?’,” said Ron Schneider, Director of Governance Solutions for Donnelley Financial Solutions, who also contributed commentary to the Equilar report. “This is the type of contextual information that may add some length but also adds significantly to clarity and understanding, which should ideally translate into support for a company’s practices.”

For more information on the Equilar report, request a download here.