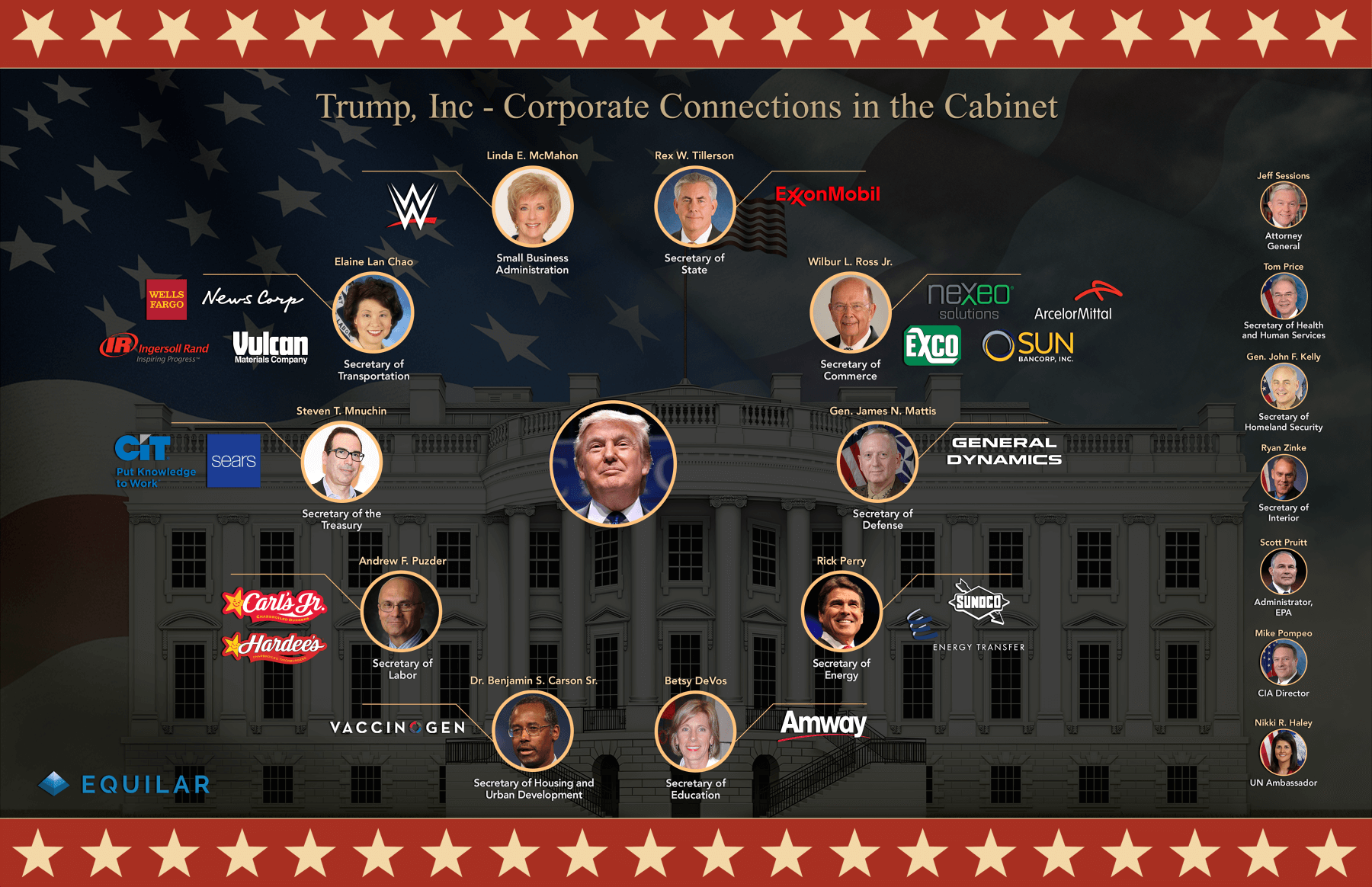 The data in the graphic is powered by Equilar BoardEdge, which includes information on 150,000 directors and executives from public companies. The database includes more than a dozen categories about each board member’s background and leadership experience. The platform’s defining feature is a networking tool that clearly displays how board members are connected to each other, as well as the Equilar Diversity Network.

Donald J. Trump ran his presidential campaign based on his background as a savvy businessman, rather than his experience in politics. In light of the ongoing nominations for President-Elect Trump’s cabinet positions, Equilar, a board and executive data provider, leveraged its BoardEdge database to compile all available public information on the corporate board connections for these nominees – the study was recently covered on CNBC. The graphic displays the potential interconnectedness of the public and private sector in the Trump administration.

As of December 16, 2016, 17 nominees for the 22 cabinet positions Equilar is tracking have been made official. Of those, six separate candidates served on public company boards of directors at the time they were nominated, representing a total of 14 public companies.

Including the 14 public boards to which these individuals are tied—or were at the time of their nomination—11 total candidates for Trump’s cabinet have been closely affiliated with the highest levels of Corporate America, representing a total of 36 public corporations at one point in their career, as well as two large private organizations.

The infographic above, “Trump, Inc.: Corporate Connections in the Cabinet,” is a map of connections based on the visualization in the Equilar BoardEdge database that similarly shows corporate connections for directors at all U.S. public companies. This graphic provides a visual display of Trump’s proposed administration and the companies these nominees have most recently served.