CEO Turnover and Board Changes at S&P 500 Companies 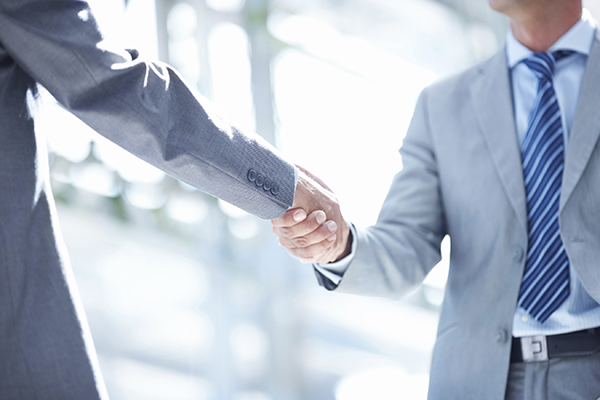 CEO Turnover and Board Changes at S&P 500 Companies

Within the span of a few days, high-profile CEOs at Wells Fargo, Caterpillar and Visa all announced they would be stepping down from their posts. Each did so for different reasons, whether it was a high-profile scandal, poor performance over an extended period or a surprising announcement that caught observers off-guard.

Over the past five years, the number of S&P 500 chief executives who have either resigned or retired has increased incrementally, according to an Equilar study. As of this writing, 59 CEOs have either resigned, retired or been terminated with effective end dates in 2016, more than all of 2015. 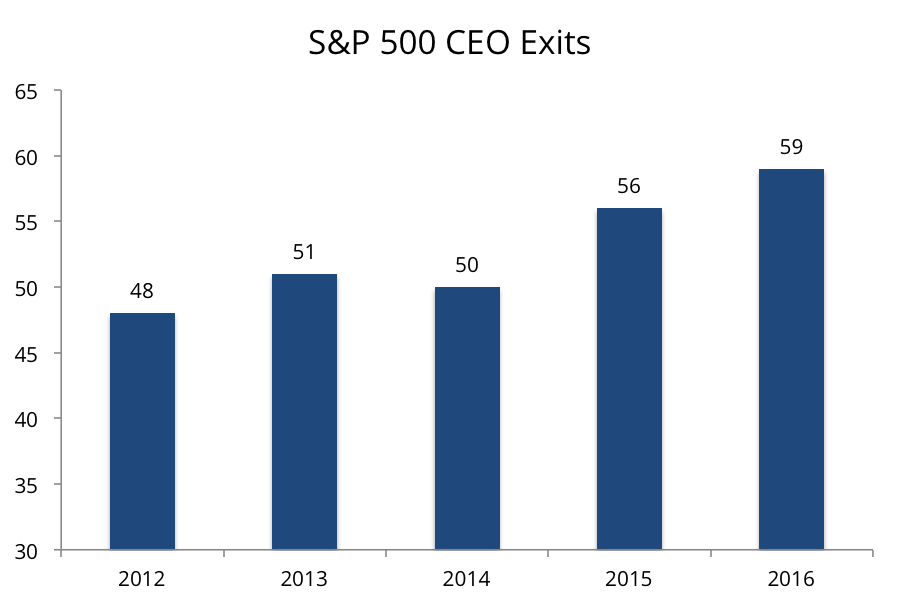 There are some caveats to how these individual circumstances are reported, and public filings are not always clear on the causes leading up to these circumstances. As an example, Stumpf at Wells Fargo “retired,” though it certainly was not a typical scenario. Furthermore, many of these transitions occur when an executive leaves as a result of a merger or a spin-off, and whether they choose to “retire” or “resign” may effectively occur in similar situations despite being classified differently in a filing.

As a result, while the number of “retirements” has generally increased over the past five years, this could simply reflect demographics of S&P 500 executives. Instead of seeking another opportunity in a new environment, these individuals may be choosing to take their retirement benefits, which in some cases can be quite handsome. Meanwhile, other than an outlier year in 2014, resignations have stayed relatively steady. The fact remains that more CEOs at the highest-profile companies have stepped down from their posts in recent years, regardless of the reason. 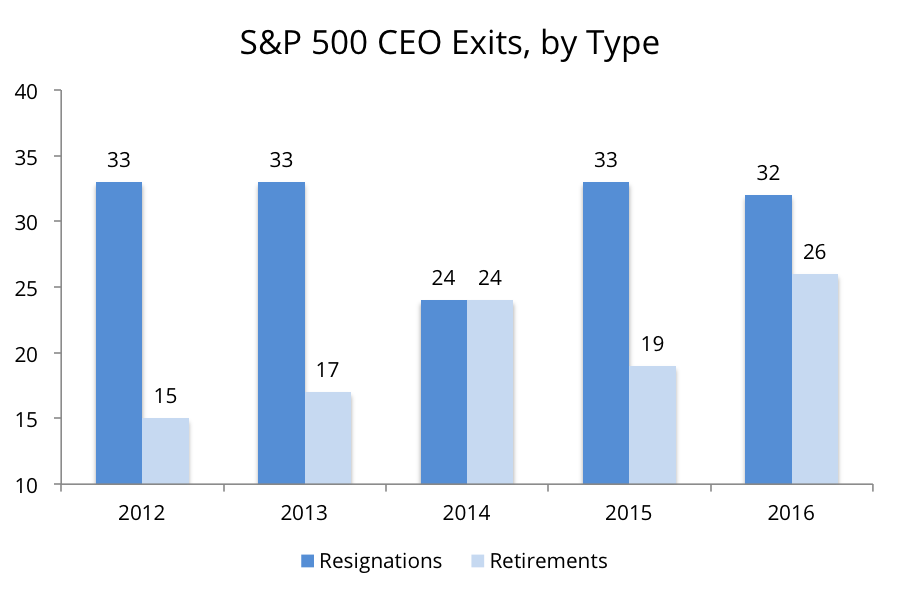 CEO Succession and Board Composition Changes

Coinciding with these transitions has been a shift in general governance practices. When CEOs do step away, the organization is left to decide how to carry on. In the cases of both Wells Fargo and Caterpillar, the board has decided to forego the combined CEO-Chairman of the Board position and introduce an independent chairman role to support the incoming CEO. 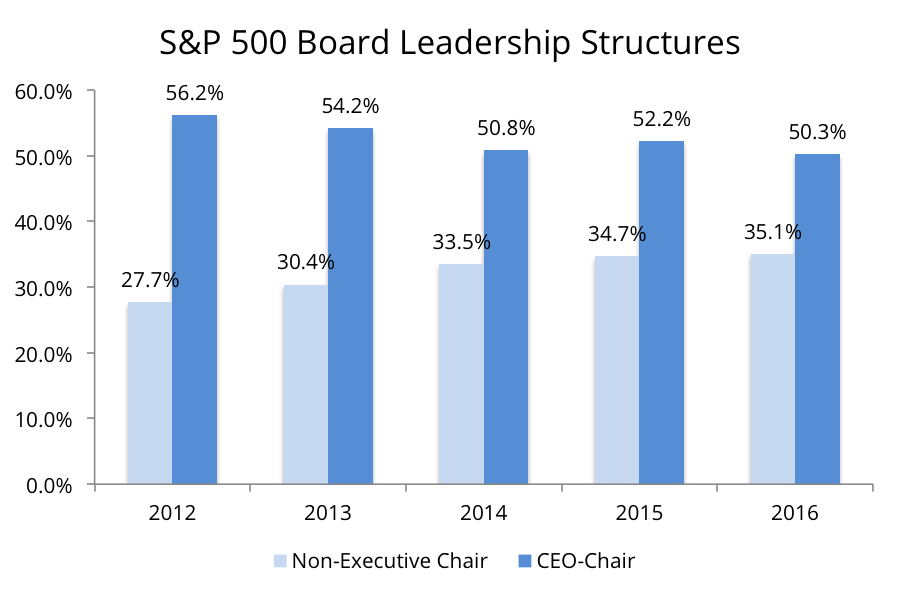 Turnover is natural, even at the top position, but these recent changes have brought to light changes in corporate governance practices and the fact that succession planning for executives is of paramount importance for boards.