Less than 1% of Fortune 1000 Boards Have Reached Gender Parity 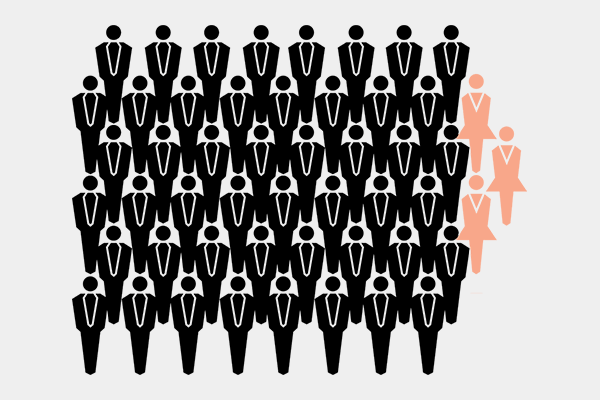 More women are joining Fortune 1000 boards, but very few companies have an equal number of male and female directors, according to new data from Equilar updating a 2015 study. From 2014 to 2015, there was a half percentage point gain in overall prevalence of female directors among Fortune 1000 companies, increasing from 17.5% to 18.0%. Of the 1,047 new directors added in the past year, 252—or 24%—were female.

Within the Fortune 1000, 125 companies had boards comprising more than 30% women last year— a benchmark that many organizations and advocates pinpoint as a level showing meaningful progress. Meanwhile, about one-quarter for those companies, 33, had more than 40% women on their boards.

Six companies in the Fortune 1000 have reached full parity, with their boards comprising at least 50% females, an increase from just five in 2014. While the gain shows progress, still less than 1% of the largest and most successful companies have gender representation at least equivalent to the overall workforce. Women make up 46.8% of the workforce in the U.S., according to the U.S. Department of Labor Statistics.

The Myth of “Lack of Qualified Candidates”

As diversity in the boardroom continues to gain more attention, the pressure for boards to consider refreshment is mounting. There are a variety of reasons shareholders, proxy voting firms and other stakeholders are becoming more attuned to changes to the boardroom—members reaching retirement age, directors reaching the limit of board service, new challenges requiring new skillsets and proof of better performance.

Studies have found that male directors are complacent about adding gender diversity because they believe that there are not enough qualified female candidates, including a WomanCorporateDirectors survey in which more than 30% of 4,000 directors said that boards are male-dominated because of a lack of females who can fill director roles. When isolated to male directors over 65, that figure jumped above 40%.

Data shows that the perception of a lack of qualified candidates is unfounded. Among female executives serving at public companies, four in five have yet to serve on a board of directors, according to a recent study using data from the Equilar BoardEdge platform—a database of more than 140,000 executives and directors.

“If companies expand their criteria, they’ll find thousands of board-ready professionals who can bring diverse perspectives to the boardroom,” said Linda Chen, executive vice president at Equilar. “In today’s changing corporate environment, boards require a range of skills from technology and risk management to marketing and policy—not just CEO or CFO level—and there are executives from all backgrounds with the experience to serve.”