Board diversity continues to be at the forefront of corporate governance discussions. In today’s political and social climate, conversations about equality and representation are more important than ever. In 2018, the state of California passed Women on Boards (SB 826), requiring publicly traded companies with principal executive offices in California to meet specific criteria regarding the number of women on their boards. Shortly after, AB 979 was passed requiring the same companies to meet similar requirements regarding directors from underrepresented communities.

Following the implementation of the California legislature, Nasdaq proposed changes to its listing requirements surrounding board diversity. Under the new rules, companies listed on the exchange will need to have either one director who's female and one director from an underrepresented community or disclose an explanation for why they cannot meet that criteria.

“Nasdaq’s new board diversity requirements will help move the needle around greater representation in the boardroom, but corporations and their executive decision-makers must not solely rely on Nasdaq’s criteria simply to meet the status quo,” said Michael C. Hyter, President and CEO at The Executive Leadership Council. “They must go beyond those expectations too in order to guarantee more sustainable and scalable boardroom diversity.”

However, recently on April 1, 2022, a Los Angeles superior court overturned AB 979. The judge justified this action by highlighting that AB 979 was not identifying specific areas where discrimination was occurring. According to the judge, the bill needed to expand on its criteria, perhaps by highlighting areas of discrimination by either geographic region or within specific industries—not a general statement regarding corporate boards within the entire state of California.

Although representation is not growing exponentially across either index, it is encouraging to see even small increases of ethnically diverse directors across various companies and industries. The increases, though slow, are seen across most underrepresented groups. By the end of Q4 2021, Black/African American (6.2%) Russell 3000 board members were the most prevalent among all ethnicities, followed by Asian/Pacific Islander (5%) and Hispanic/Latino (2.7%). Black/African American directors also saw the largest increase in representation since the start of 2021, from 5.6% in Q1 2021 to 6.2% by the end of the year.

Despite the slight increase of board members from underrepresented communities, advocates for diversity argue that the glacial pace of growth remains a challenge. "We commend progress that has been made, but a commitment to diversity is incomplete without Latinos, who are two in ten Americans and control over $1.85 trillion of the U.S. purchasing power,” said Esther Aguilera, President and CEO of Latino Corporate Directors Association. “Supply is not an issue. There's ample Latino board talent with extensive business experience from all industries."

Over the last two years, several social justice movements, such as Black Lives Matter, have gained tremendous momentum. The attention to the Black community has grown as a result, including within America’s boardrooms. “The Executive Leadership Council remains cautiously optimistic about the progress in Black board representation,” said Hyter. “There has been a steady incline in Black board representation — especially among Black men board directors. However, Black board directors continue to have a higher “recycle rate” than white males. Boards tend to go to the same small pool of current board members to fill new seats rather than identifying new candidates for seats, a practice which underscores that the pool of Black board prospects is not as broad as the available number of Black executives with the skills, experience, and desire to serve. There remains a stubborn misperception that the availability of qualified Black board candidates is limited, and that it takes a lot of effort to identify qualified Black board candidates. Both of these points are false and continue to hinder and slow progress.”

Anna Mok, President at Ascend Leadership, believes that Asian Americans are often passed over during corporate leadership selection processes. "Despite the strong movement towards a more diverse and inclusive environment for minority corporate board directors, the increase in Asian/Pacific Islander directors has been dwindling,” said Mok. “Our initial study of Fortune 1000 board directors' composition in 2020 revealed that only 4.4% of the directors were Asians and that over 70% of the companies do not have the benefit of an Asian perspective in the boardroom. Equilar's latest report continues the confirmation that Asians are still often overlooked for their leadership potential despite being 12% of the American professional workforce. Ascend Leadership launched our board diversity efforts in June of 2021, called 10X25, to address the lack of representation of Asians and minorities on Fortune 1000 company boards, as well as large private company boards and startup boards. Our mission is to have at least 10% of Fortune 1000 board directors be Asian by 2025 by creating a community and network of Asian directors and executives, developing a strong pool of qualified candidates, and mentoring and elevating the next generation of Asian business leaders."

“To drive greater representation on boards, companies can start by assessing the talent they have within, identifying Black executives and people of color in the market who are making contributions, and nurturing relationships in advance of their board openings,” said Hyter. “Developing and nurturing relationships with a broader, diverse pool of prospective board directors is advisable before a specific need arises. Instead of scrambling to fill a slot when a board seat is vacated, there should be a pool or pipeline of candidates that have been identified. In this day and age, there is no excuse for that pipeline to not include ethnically diverse candidates.”

Nevertheless, it’s apparent that certain industries and companies are making greater strides than others in the push for diverse representation on boards. Real estate, utilities and technology companies have seen substantial progress in the representation of diverse directors on their boards, while other sectors still have a long way to go. Additionally, the Equilar analysis shows larger companies are leading the way towards more diverse boards and increased representation of underrepresented communities. With the growing prevalence of social and political issues in today’s corporate world, diversity is sure to remain an important discussion topic in the governance landscape for years to come. 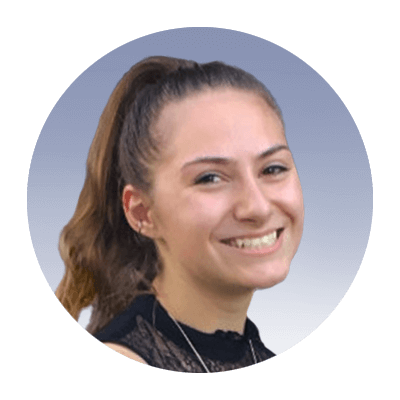