Pay Versus Performance: Are You Prepared? 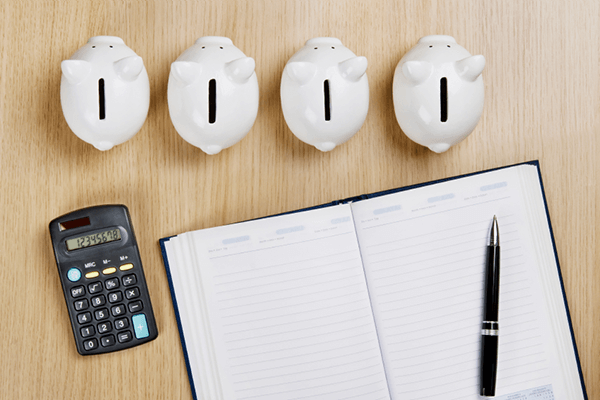 As the calendar barrels into 2016 and proxy season is in our immediate sights, anticipation gathers for how companies will address proposals put forth by the SEC in this year’s filings.

In particular, the SEC’s proposed Pay Versus Performance rule has garnered attention for the ways it will affect how companies communicate executive pay to their shareholders. Proposed in April 2015, the rule would not only require companies to disclose executive pay and performance information for themselves, but also would mandate that they compare that information to a peer group in a table and display the information visually.

The SEC guideline is a lagging indicator of shareholder interest in this matter. Alignment of executive pay and company performance is being driven by demand from shareholders for more transparency, and as a result, companies have their sights affixed on the SEC’s decision and how it may influence the ability to receive a high passing rate for Say-on-Pay.

Companies are well prepared for the idea of a pay for performance rule at a broad level. According to a recent Equilar report, Compensation & Governance Outlook 2016, the percentage of S&P 500 companies that specifically mention “pay for performance” in their proxy statements reached 83% last year, up from 74% in 2011, the year Say-on-Pay went into effect.

However, just 17% of the S&P 100 actually included pay-for-performance graphs in their 2015 proxy statement, according to a separate Equilar study. While that figure has risen from just 4% in 2011, it shows that very few companies have yet complied with the visual representation element of the proposed rule. 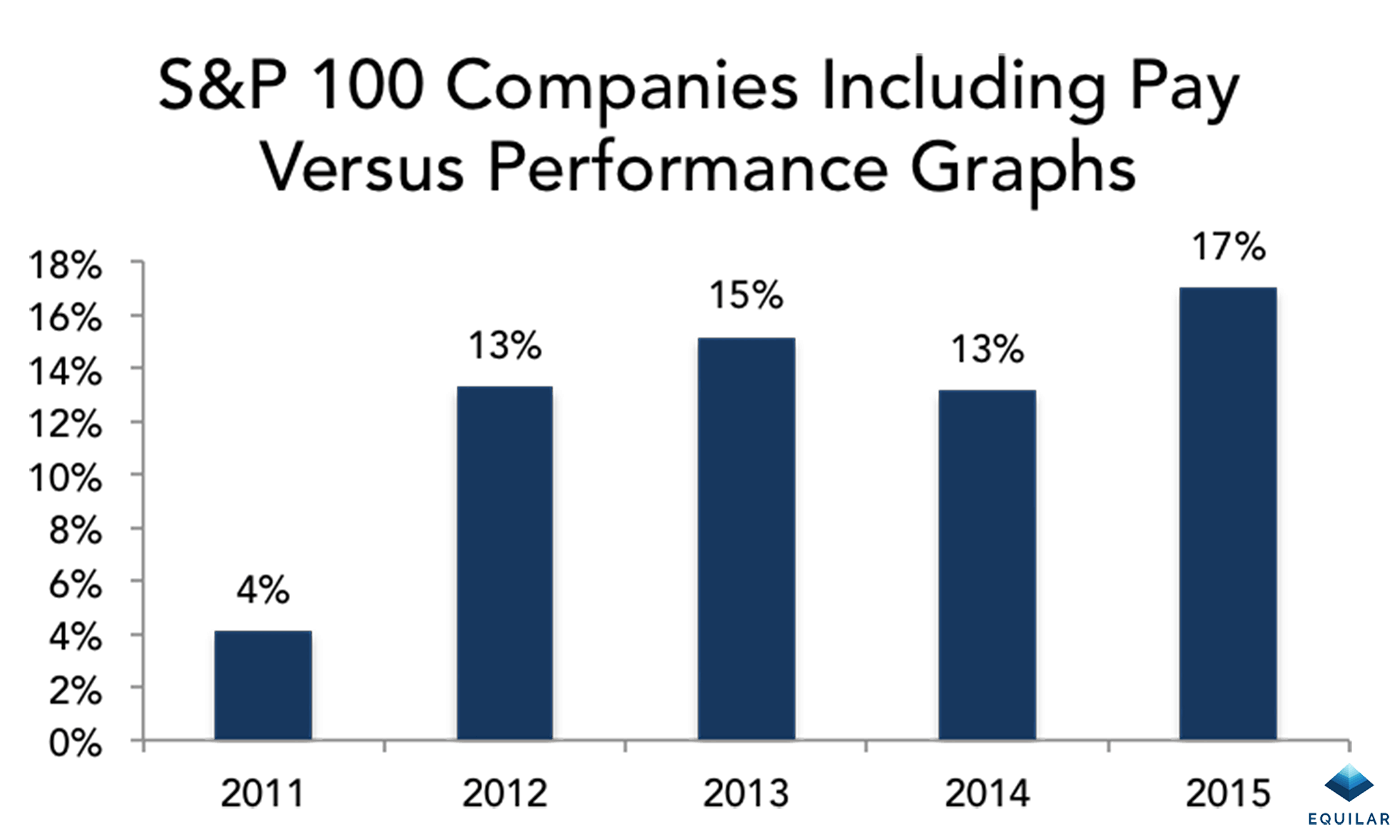 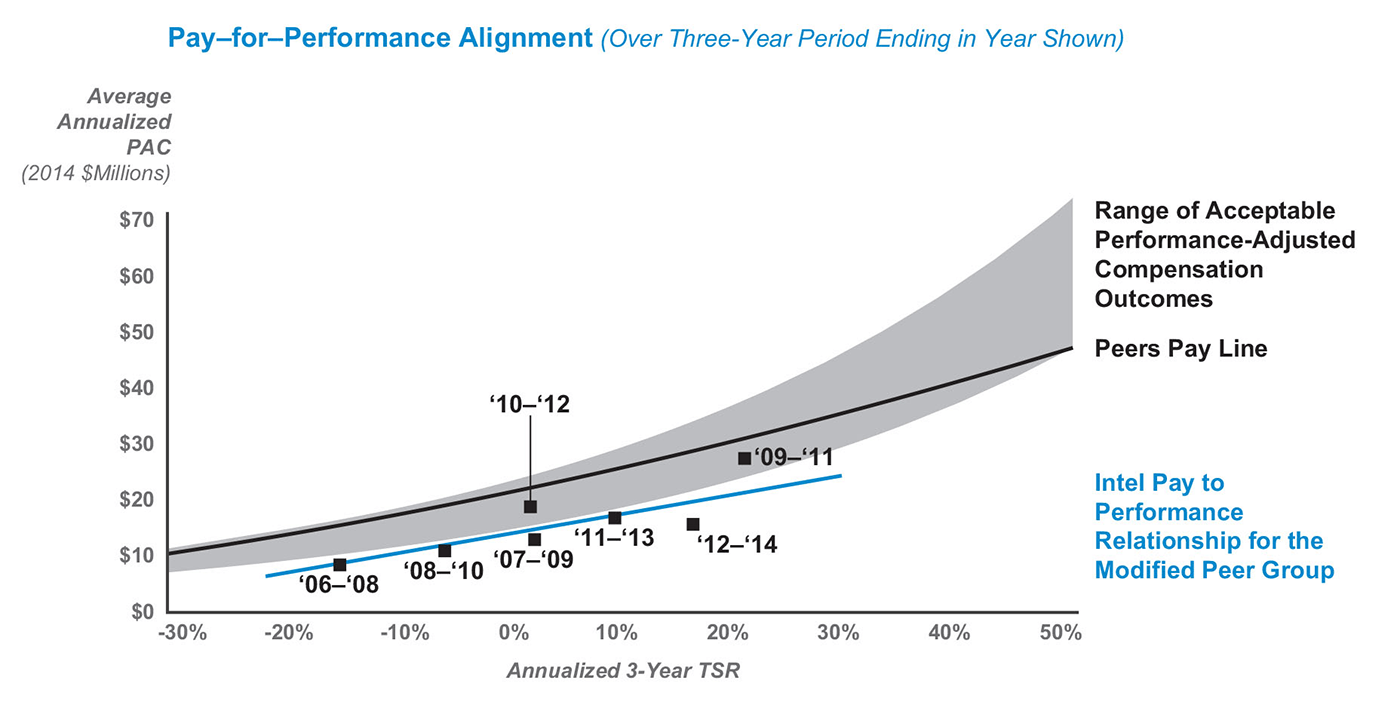 Broken into pieces, the “pay” part of the proposed disclosure would comprise what was actually paid to a company’s principal executive officer and average compensation actually paid to other named executive officers. The SEC defines actual pay—also known as realized pay—as total compensation for the covered fiscal year as provided in the summary compensation table (SCT) with several modifications, which compensation consulting firm Pay Governance detailed in a recent article on the subject. Among other elements, actual pay would exclude certain long-term compensation, such as equity and incentive awards that have not yet vested. Only 13.7% of companies in the S&P 500 mentioned ”realized pay” in their proxy statements in 2015—though that does mark an increase from just 1.7% in 2011, according to Equilar data.

As the measure of performance, the rule would require companies to report total shareholder return (TSR) and the TSR of companies in a peer group for the last five fiscal years—excluding smaller reporting companies, which would be required to provide disclosure for the last three fiscal years. In their 2015 proxy statements, 56.4% of S&P 500 companies made reference to absolute TSR, relative TSR or both.

If companies begin to move away from using TSR as an incentive measurement to define executive equity awards, the SEC’s rule as proposed may not align directly with company strategy to determine pay and performance or accurately depict what the rule means to show.

Coming Soon: SEC Pay Calculation
In our next Insight release, we will be introducing a seventh realizable pay calculation to our P4P Profile page. To learn more click here.

The Shareholder Engagement portal within Equilar Insight provides a suite of resources for companies to benchmark pay for performance and prepare for what’s to come, inclusive of the following tools:


Request a demo of Equilar Insight