CEO Pay Trends Around the Globe 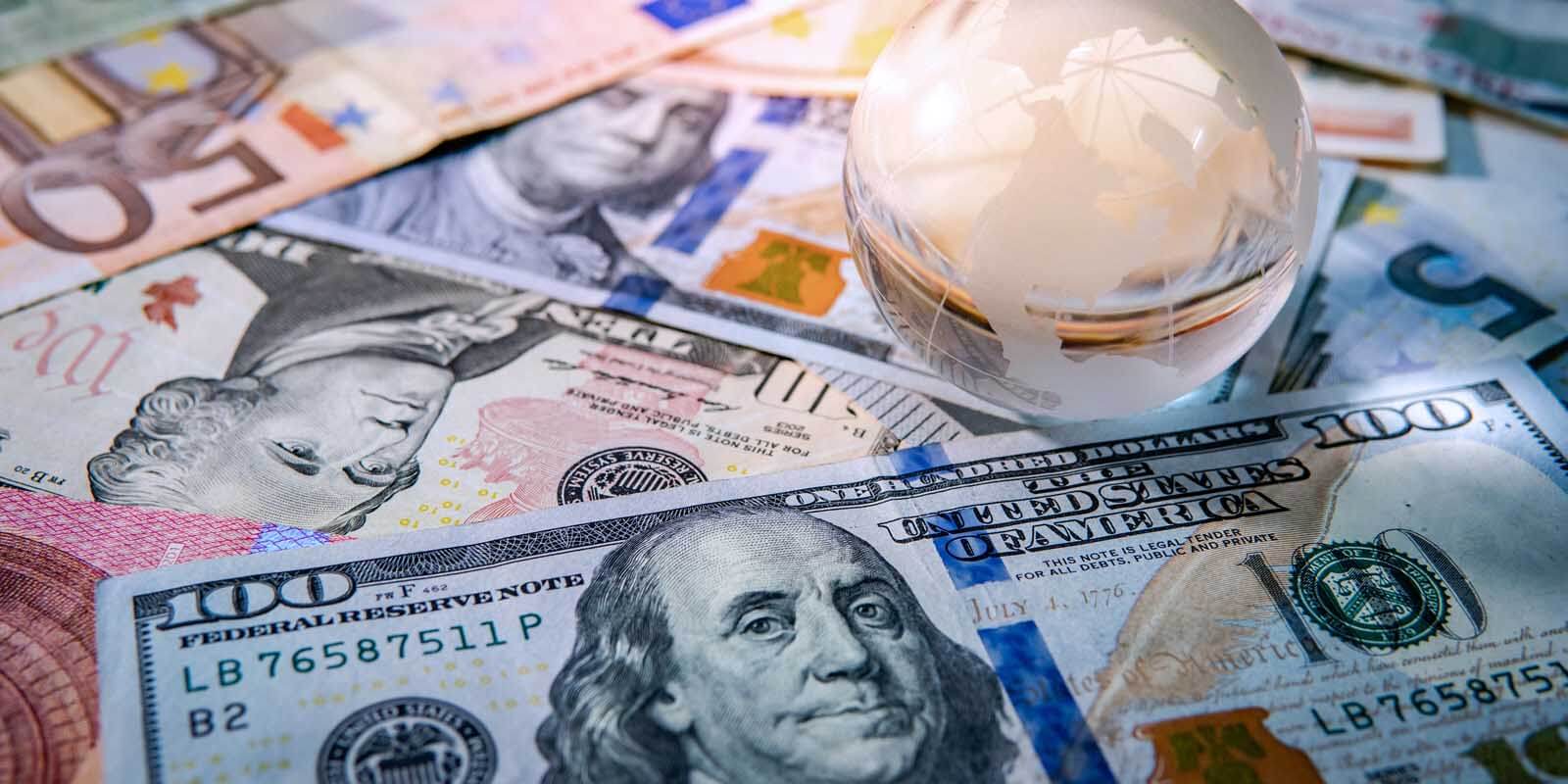 This past May, Equilar and The New York Times released the 12th annual 200 Highest-Paid CEOs study. The study not only included 2017 total CEO compensation but also the change in pay from the previous year and an interactive table, allowing users to explore the list and sort by the pay ratio disclosed in each of the companies’ 2018 proxies. While these regulations pertain solely to the United States, they do not govern foreign companies. As a result, a new study from Equilar analyzed how the compensation of CEOs of medium-sized companies in Europe and Canada compares to those in the U.S. 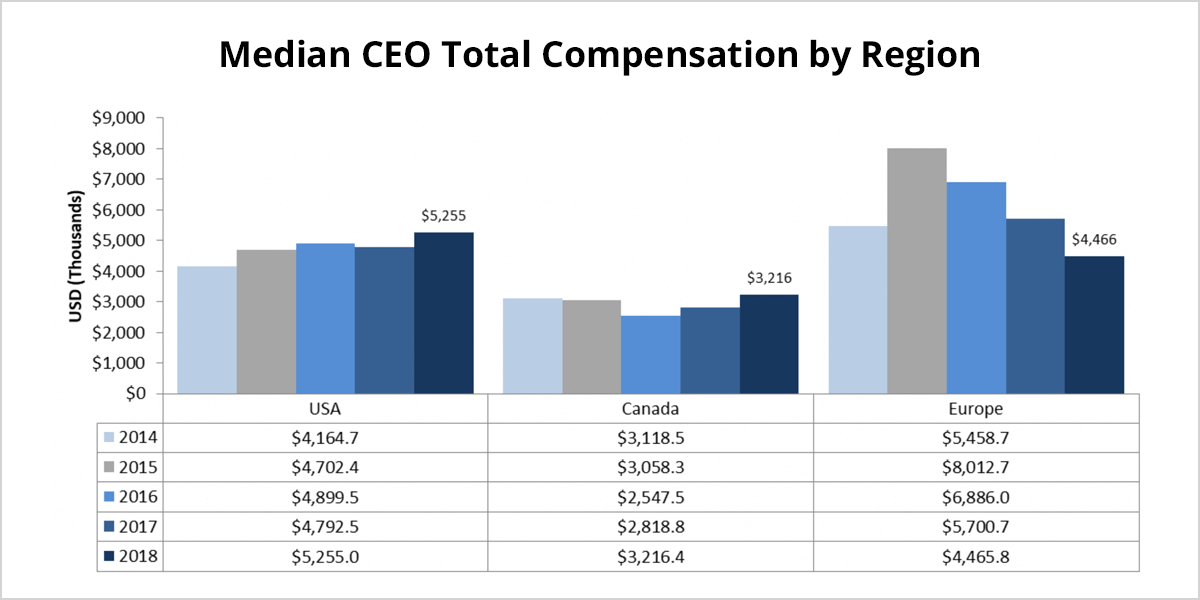 An analysis of Equilar’s extensive CEO compensation data from mid-sized companies—defined as companies with revenues between $1-5 billion—over the past five years (2018 defined as filing dates of from July 1, 2017 to June 30, 2018) revealed that the median total compensation of U.S. CEOs has generally increased from year-to-year, with the exception of 2017, which experienced a 2% decline in median pay. The study includes 853 U.S. companies, 98 Canadian companies and 54 European companies of similar size. In 2018, the median compensation of CEOs in U.S. mid-sized companies was approximately $5.3 million, while that of Canada and Europe were $3.2 million and $4.5 million, respectively. Likely due to variation in the global corporate governance landscape, European CEO pay trends were more volatile across the years involved in the study, and experienced a net decrease of 22% in median pay from 2014 to 2018 from $5.5 million in 2014 to $4.5 million in 2018. 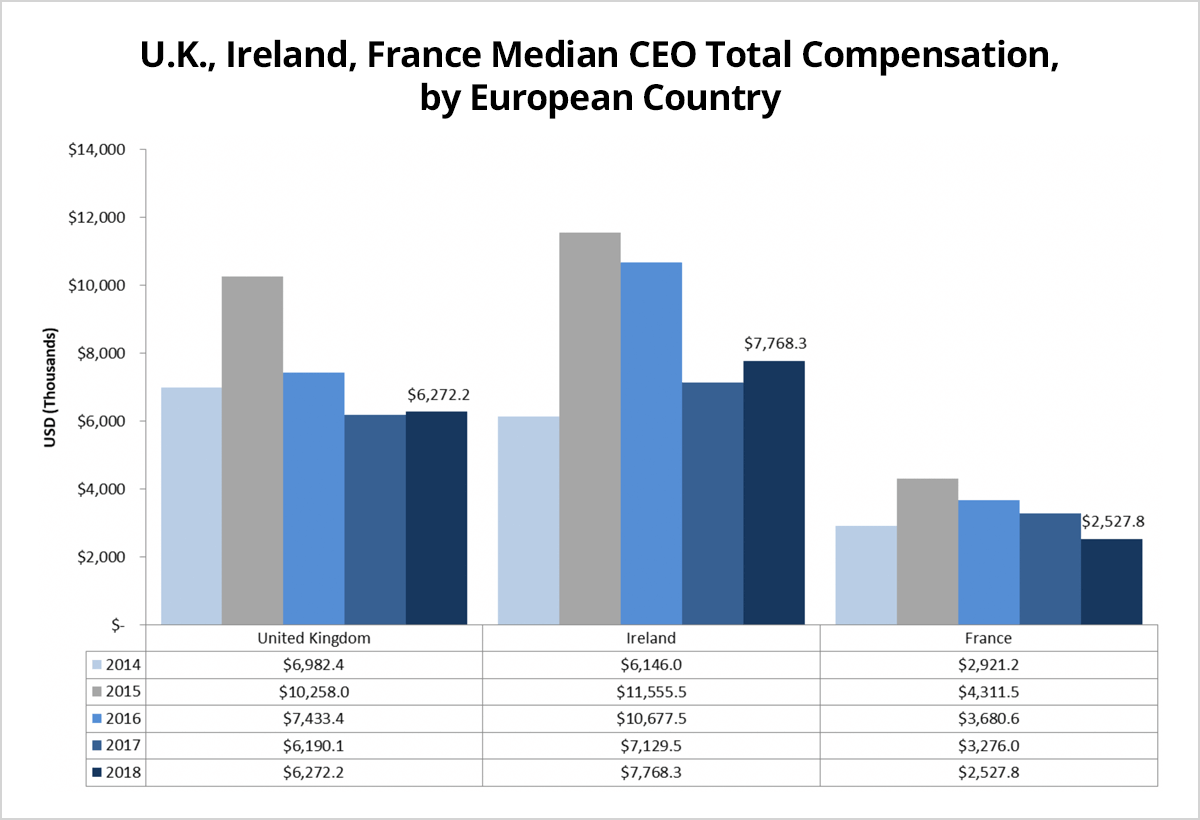 Examining European data at the country level, the highest median CEO compensation for Europeans in 2018 was found at companies based in the Netherlands at $8.8 million, followed closely by Ireland at $7.8 million and the U.K. at $6.3 million. Canadian compensation levels were more stagnant, staying at around $3 million across the years studied. 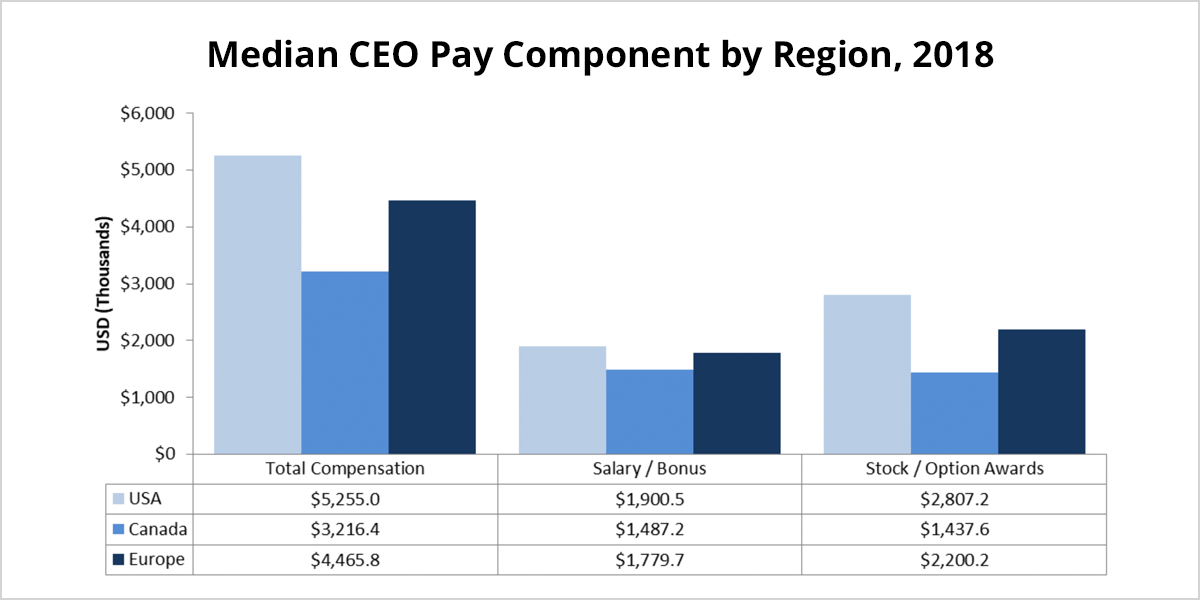 The overall trend for mid-sized U.S. companies over the past five years shows a gradual increase in median total compensation, while trends in Canadian companies remained fairly constant and Europe was more volatile. The median equity component value of a CEO’s compensation in U.S. mid-sized companies was nearly $3 million, suggesting that CEO pay packages heavily favor equity-based compensation for U.S. executives. CEOs from Canada and the European region saw median values of both cash and equity components less than their counterparts in the United States. Despite the rules and regulations differing across borders, it appears CEO compensation trends are consistent regardless of country. Only time will tell if those similarities will continue, or if their paths will separate. 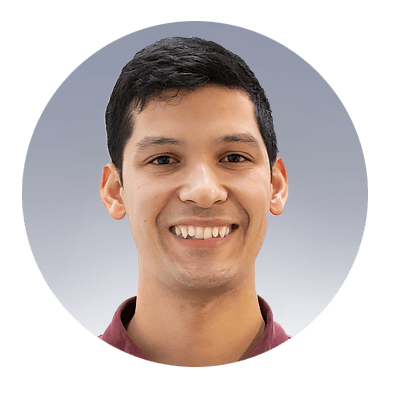