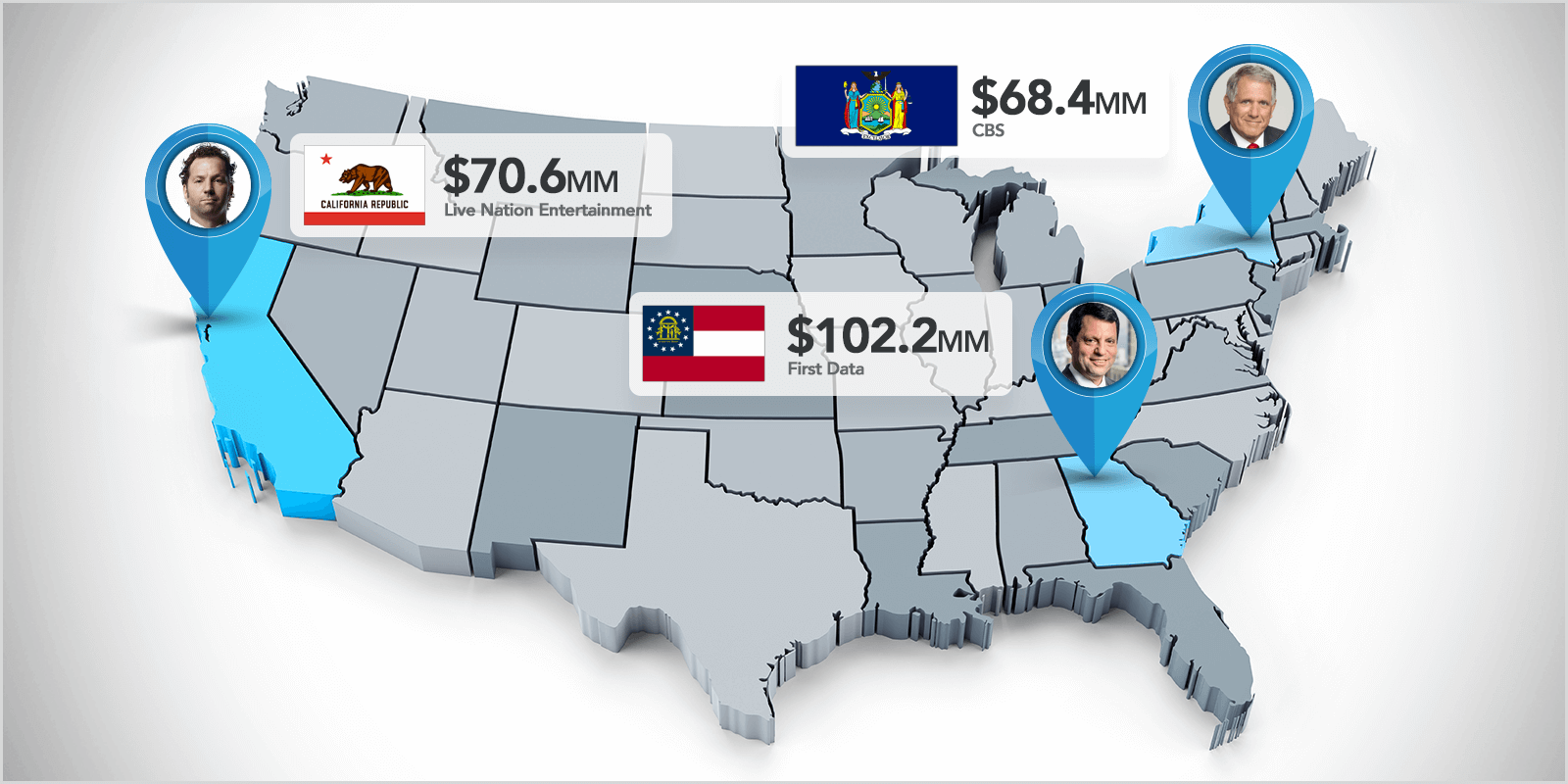 The compensation of chief executive officers has been under the spotlight, particularly with the initial release of the CEO-to-median-worker pay ratio disclosure requirement. As a result, CEO compensation has been dissected further than ever before. However, shareholders may feel somewhat disconnected to this information due to the large, national scale. A closer-to-home, more intricate analysis of chief executive compensation can be viewed by breaking it down by the highest-paid CEO by state. A recent study Equilar conducted with the Associated Press did just that, and analyzed the total compensation of the highest-paid CEO at public companies in 46 of the 50 states. Chief executives had to have been with a company for at least two years and the Company had to have filed a proxy between January 1, 2018 and April 30, 2018 to be included in the study.

Georgia was home of the highest-paid CEO—Frank J. Bisignano, who was awarded a total compensation of $102,210,396 in 2017. Bisignano was awarded over $30 million more than Michael Rapino of Live Nation Entertainment, which is based in California, the second highest state in the study. Though compensation has many factors that play a part in determination, the sheer size of the surrounding area of the company seems to have an effect on CEO pay. For example, six of the top ten states with the highest-paid CEOs were also in the top ten in terms of population. Nevada was the lone state to be featured with a top-paid CEO and have a population in the back half of the states.

With respect to sector break down, CEO pay by state varies significantly. The services sector led the way in both total companies—which was 12—and the highest median total compensation for a CEO in the study at just over $27.6 million. Technology had the second highest median CEO compensation with $23.6 million and the highest median state population at almost seven million. Interestingly, every sector was represented by at least three companies except for the financial sector, which did not have a single company lead any state. 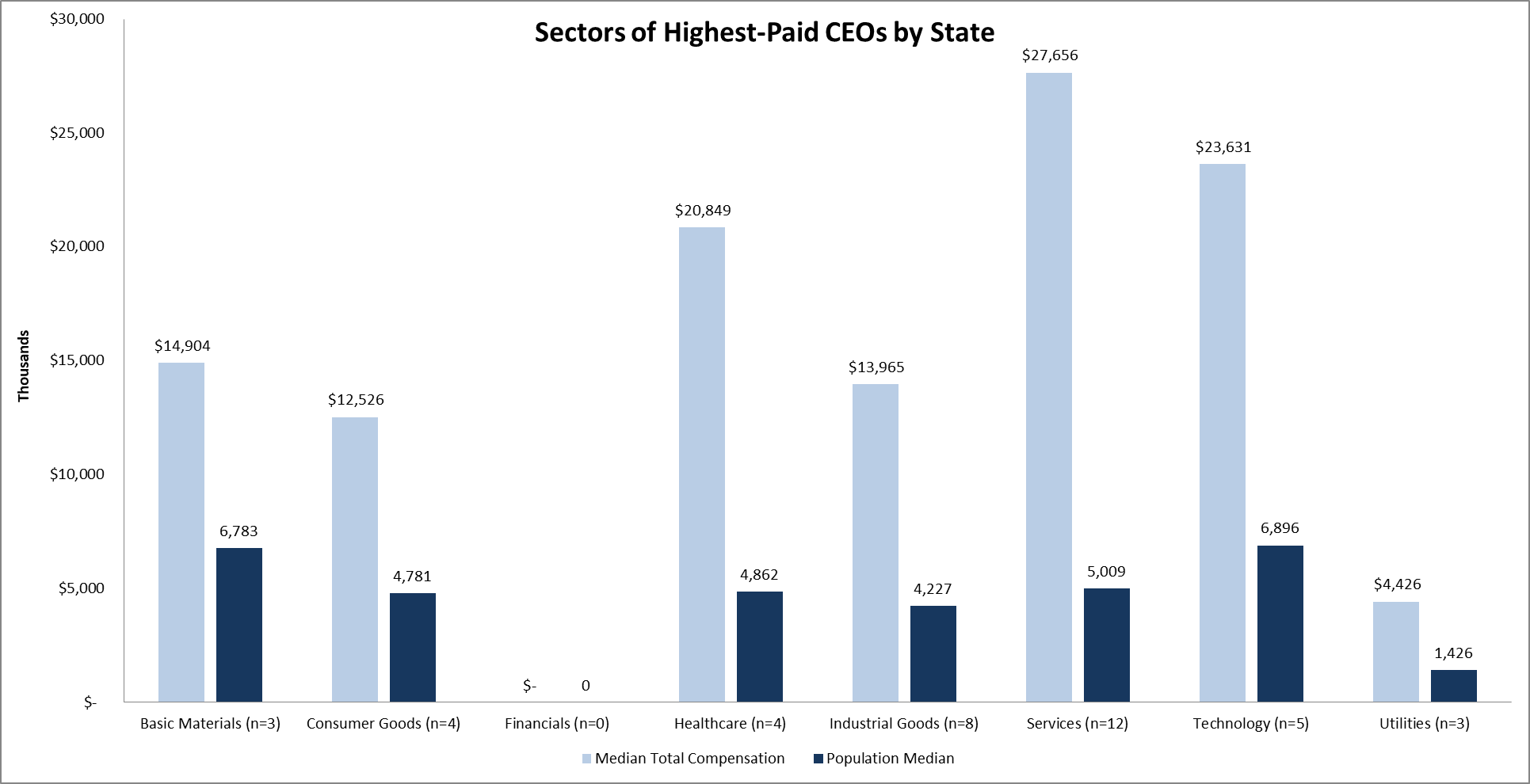