Age and Tenure: Large-Cap vs. Small-Cap Board Comparisons 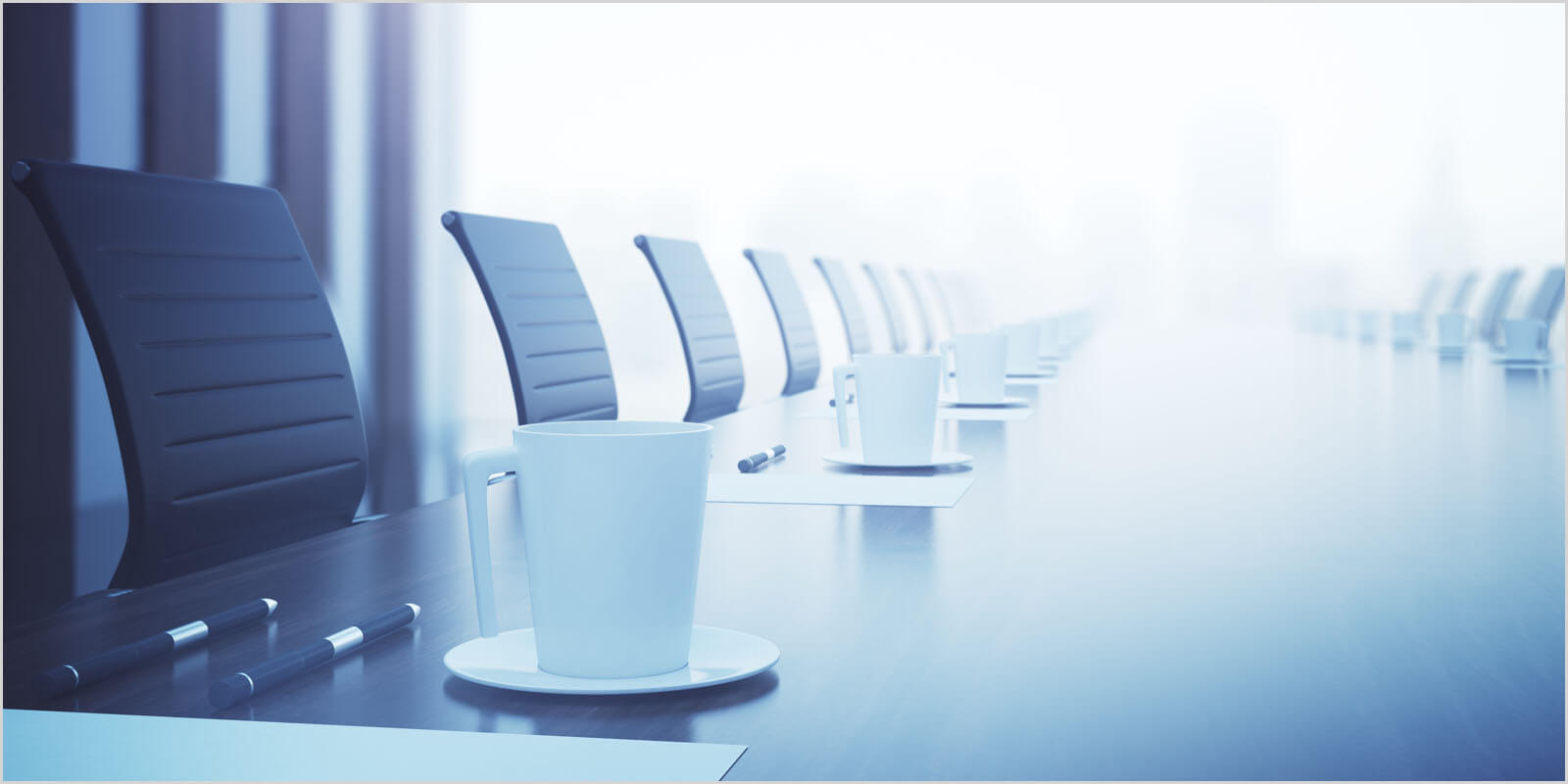 As annual meeting season heats up to full steam, this blog analyzed board disclosures from the previous five fiscal years in order to set a benchmark for new data that will emerge as a result of incoming proxy filings and annual shareholder meetings. Later this summer, Equilar will release its annual Board Composition and Recruiting Trends report that will provide a comprehensive view on these boardroom issues.

Boards are facing scrutiny from shareholders and proxy advisory firms regarding board composition more so now than in years past. The response, in part, has led to better attendance and an increase in disclosure of policies such as mandatory retirement ages and term limits. In addition, when companies disclose directors who fail to attend at least 75% of meetings, there is more accountability for directors.

According to the Equilar Director Pay Trends 2016 report, the prevalence of companies that grant meeting fees has decreased as companies favor annual retainers over pay for attendance, with the expectation that board members will attend most, if not all, meetings. While a majority of directors attended at least 75% of their boards’ meetings, 3.4% of large-cap companies* disclosed that at least one director attended less than 75% of meetings and 5.6% of small-cap companies** had at least one director with poor attendance in 2016.

As board governance policies continue to evolve, structural changes in boards show that they are becoming younger and less tenured on average. 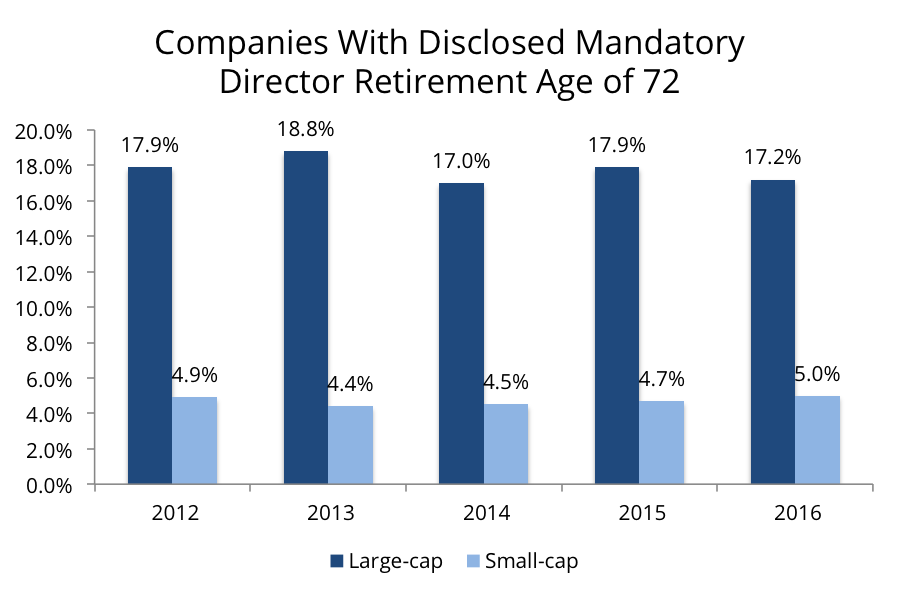 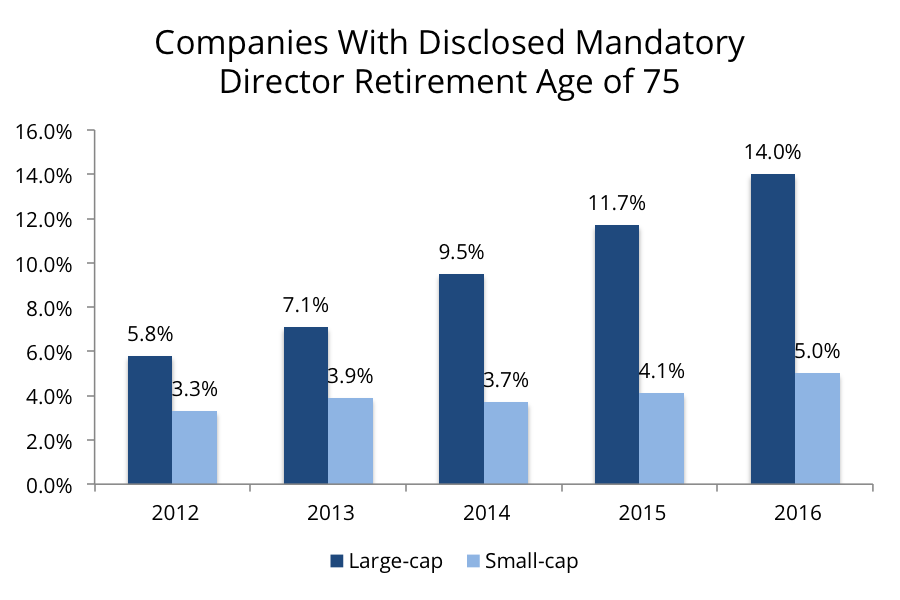 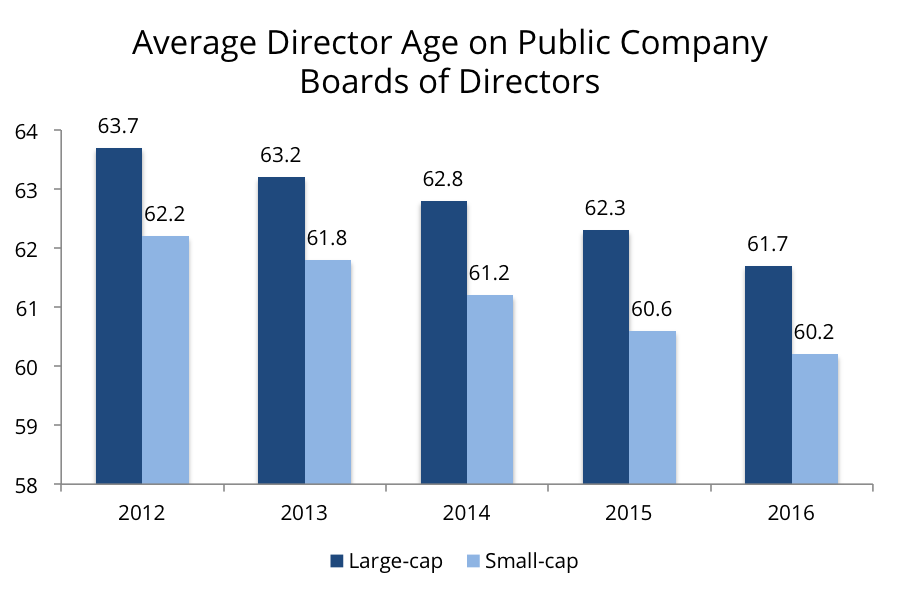 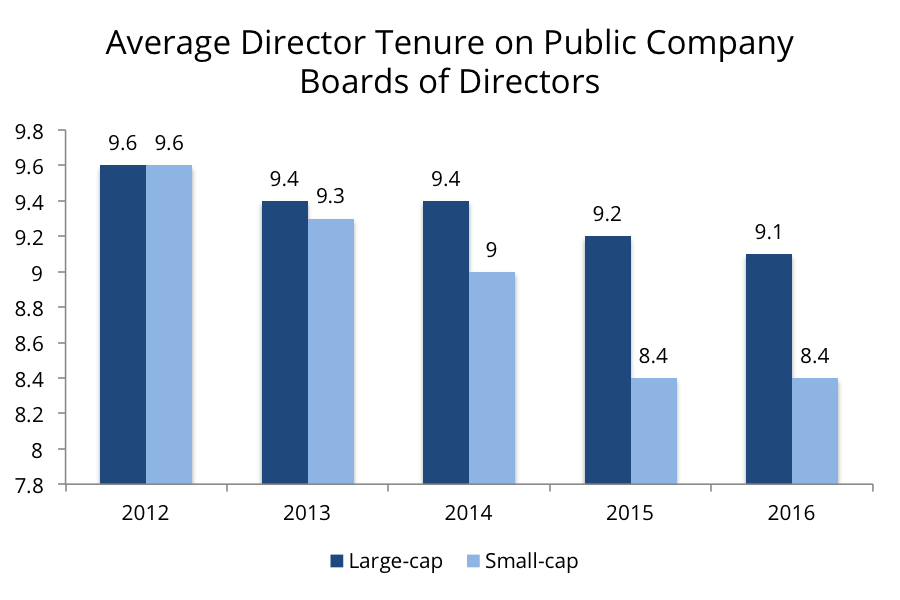 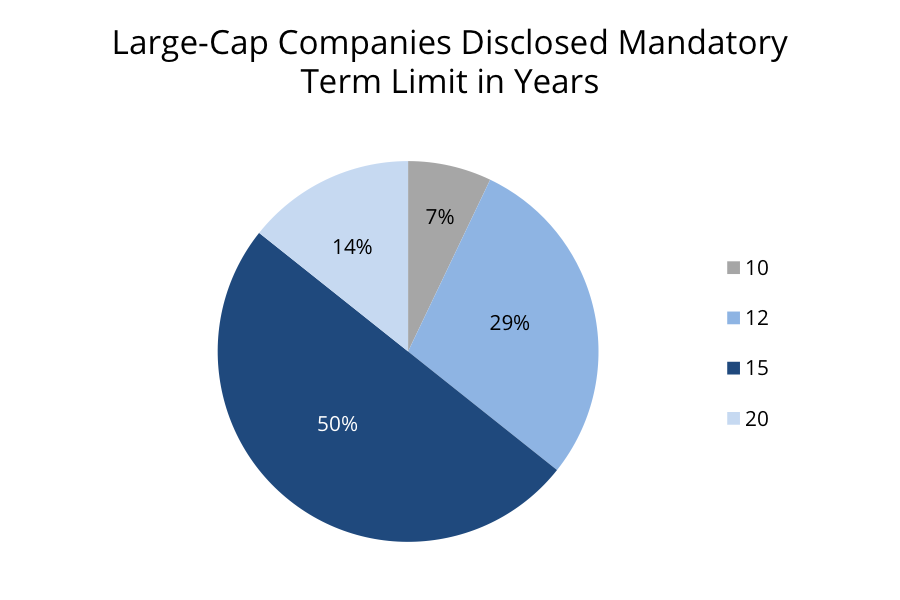 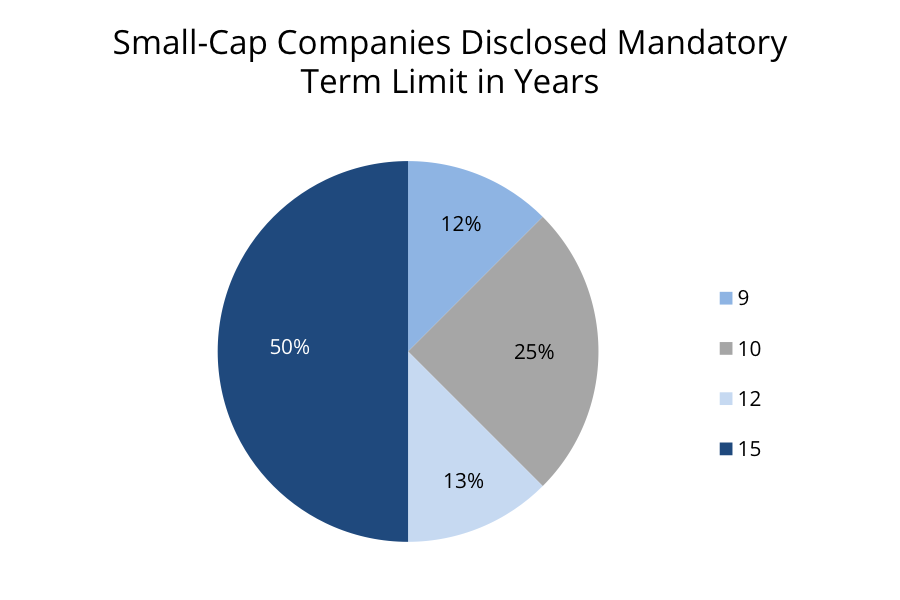 *”Large-cap companies” are defined as the companies listed on Wikipedia as being part of the S&P 500 index. See here for more details.

**”Small-cap companies” are defined as the bottom two-thirds of the Russell 3000 index, as measured by revenue.