Which S&P 500 Execs Received the Largest Aircraft and Auto Perks? 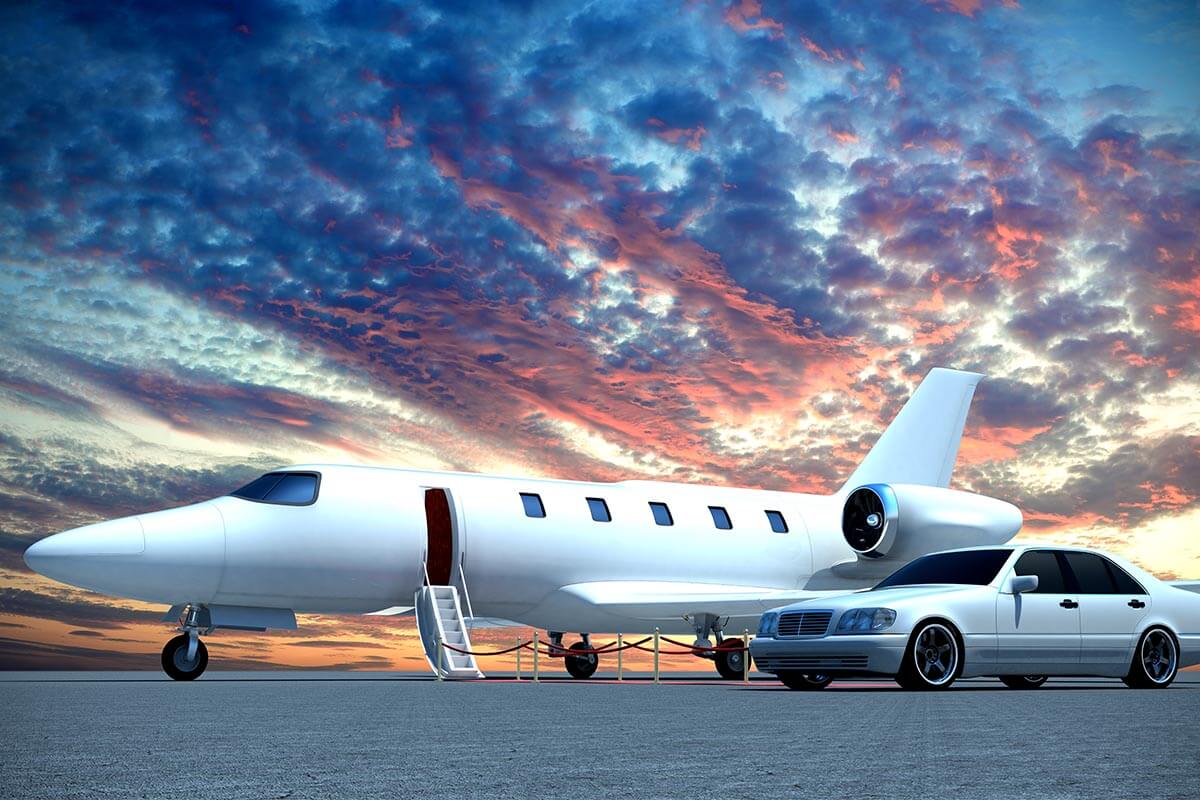 According to a new Equilar report, Executive Benefits and Perquisites, the percentage of S&P 500 executives flying a corporate jet for personal use is going down. In fiscal year 2015—the most recent year for which there is complete data—about 18.5% of S&P 500 executives reported in proxy statements received “other compensation” related to personal use of corporate aircraft.

Overall, however, that represents a decline from 2013, when almost 20% of S&P 500 executives received this benefit.

While the median value of aircraft perks was $53,967 for the hundreds of S&P 500 executives who flew on corporate jets in 2015, the most frequent flyers racked up hundreds of thousands in expenses paid by their companies. Among the leaders were Barry Diller, Chairman of Expedia, whose aircraft perks totaled $873,368. John Tyson, Mark Zuckerberg, Robert Sands of Constellation Brands and Robert Coury, Executive Chairman at Mylan, rounded out the five largest aircraft benefits. 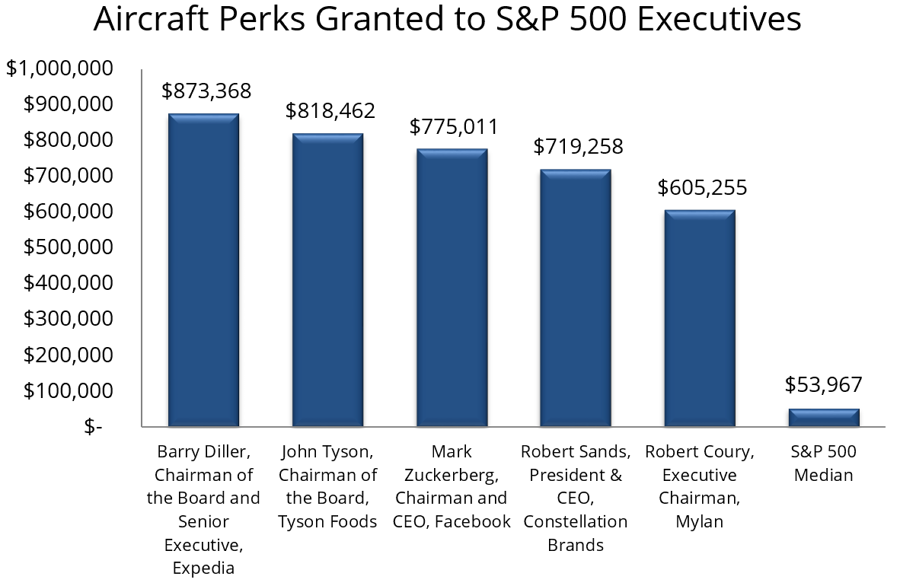 Most companies report that air travel is paramount to the efficiency and security of their executives. For example, Facebook’s proxy statement explains in depth the reasoning behind Mark Zuckerberg’s security and air travel expenses:

The percentage of executives receiving automotive perks has also decreased over the past few years, but the median values actually went up in 2015. Auto perks, as defined in the Equilar report, may include expenses paid for automobile, driver (even a driver provided for security purposes), mileage reimbursements, maintenance, car lease, parking or ground transportation.

Among the five executives with the largest auto perks, four came from just two companies—both Vornado Realty Trust and Leucadia National Corp. offered more than $400,000 in automotive benefits to two of their top five executive officers. 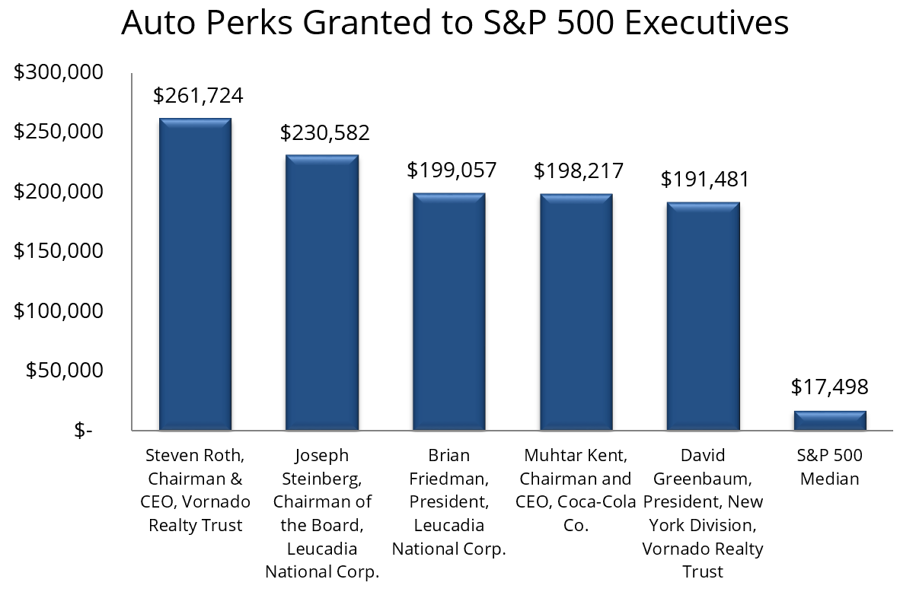