How Much Is Say on Pay Changing Executive Pay Practices? 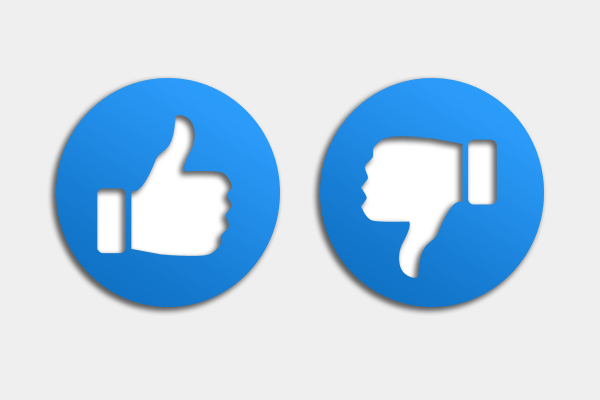 Say on Pay is frequently considered a catalyst for better pay practices at public companies, but in the past five years, shareholders have overwhelmingly passed the measure at companies, and CEO pay has continued to rise.

Since the SEC regulated the mandatory—though non-binding—shareholder vote on executive compensation in 2011, the level of approval ratings from investors has continued to increase each year. For example, 77.4% of S&P 500 companies received more than 90% approval on their Say on Pay votes in 2015, up from 64.6% in 2011. That shows a notable gain in shareholder approval, but in that time frame, CEO pay at S&P 500 companies also increased significantly—from $8.6 million in fiscal year 2010 (to which the 2011 vote would apply) to $10.3 million in 2014. 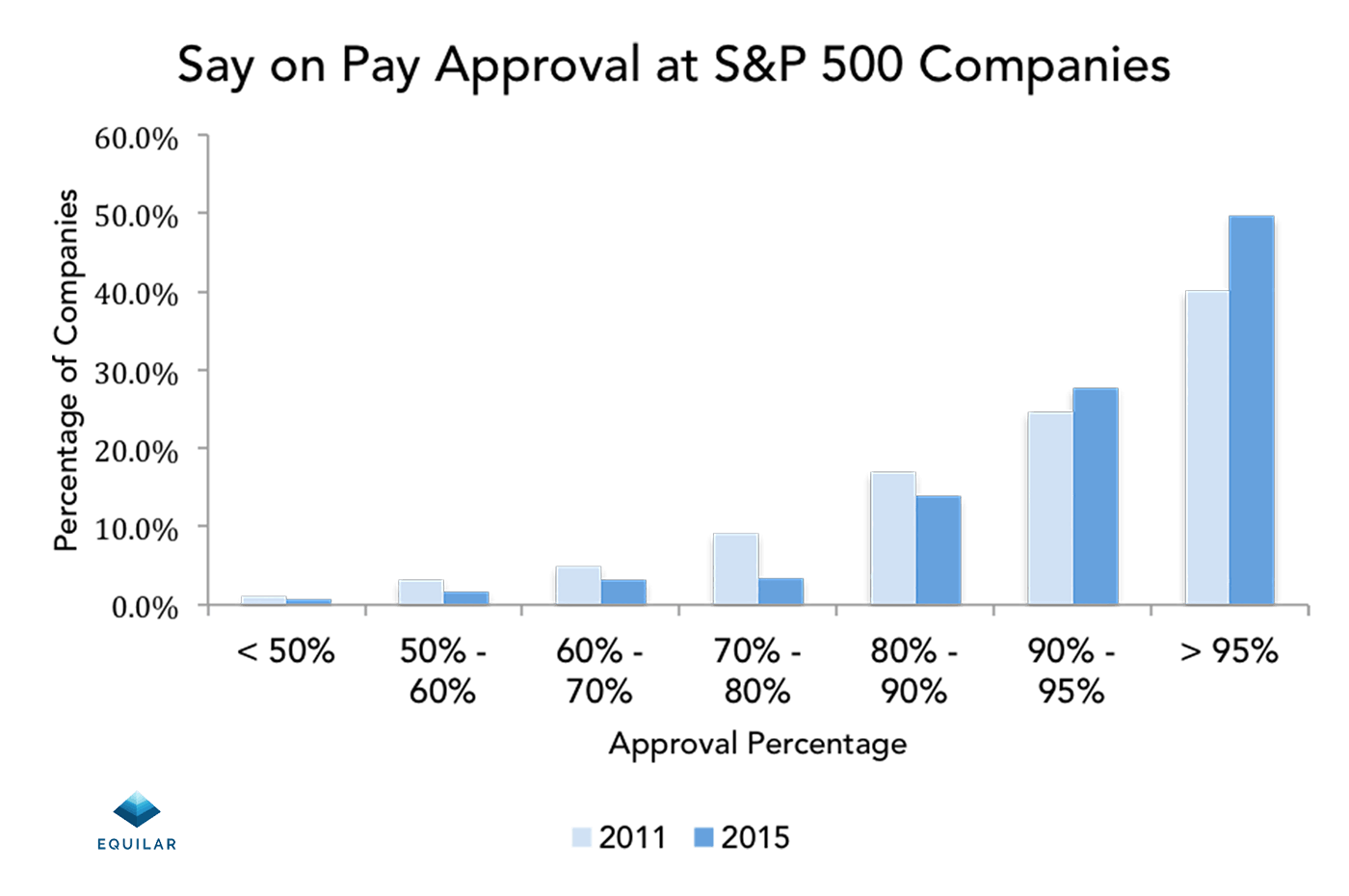 For all the concern and scrutiny around various elements of CEO pay, there seems to be few repercussions even when companies do receive a negative vote. As an example, of the 43 companies in the S&P 500 that received a vote of less than 70% between 2011 and 2015, nearly one-third (14 total) received less than 70% approval more than once, and often not in consecutive years. This indicates that even after a rebound, oftentimes these companies received low approval again.

So far in 2016, just 2% of public companies have failed Say on Pay, compared to 75% who had received more than 90% approval, according to the latest data in Equilar’s Say on Pay Tracker. A recent report from Semler Brossy showed that five companies in the Russell 3000 had failed so far this year, and that the current failure rate remains in line with previous years.

That all could change as shareholder meetings heat up in the next few weeks. A high-profile example of what we could expect occurred in mid-April when BP ran afoul of its shareholders, and it will remain to be seen what shareholders say about oil and energy companies in the Equilar 100 who saw significant losses in 2015, but increased CEO pay.

The Consequences (or Lack Thereof) of Failing Say on Pay

Conventional wisdom suggests that significant changes to pay practices follow a failed Say on Pay vote, and certainly at an individual company level they have in some cases. Chipotle was a high profile example of shareholder engagement after perceived poor compensation structures following its 2014 failure, and again in 2016 the company responded to a crisis and stock price collapse by amending its executive pay to be more aggressively focused on shareholder return.

But in many cases, the evidence appears to be contrary. Oracle is possibly the most well known example, having failed Say on Pay four years in a row yet continuing to place its executives at the highest end of the pay grade—together, the company’s co-CEOs earned a combined $106 million in 2015.

A recent Wall Street Journal article profiled a number of companies have repeatedly failed their Say on Pay votes, which according to the article, effectively put executives and board members in the “penalty box.” However, an Equilar analysis provided to the Journal for background on that story uncovered that only one member of those board members—Michael Klein at Tutor Perini—left the board in the year following an “oppose” or “withhold” recommendation from ISS, the influential proxy advisory firm.

A related Equilar study of the 60 companies in the Russell 3000 that failed Say on Pay in 2015 found that members of compensation committees at failing companies receive significantly lower director approval ratings than their counterparts. Median support for comp committee chairs was lowest at 84.8%, with committee members slightly above that group at 86.5%. The other board members had a median passing rate of 96.4%. While that represents a significant difference, it also remains a strong majority. 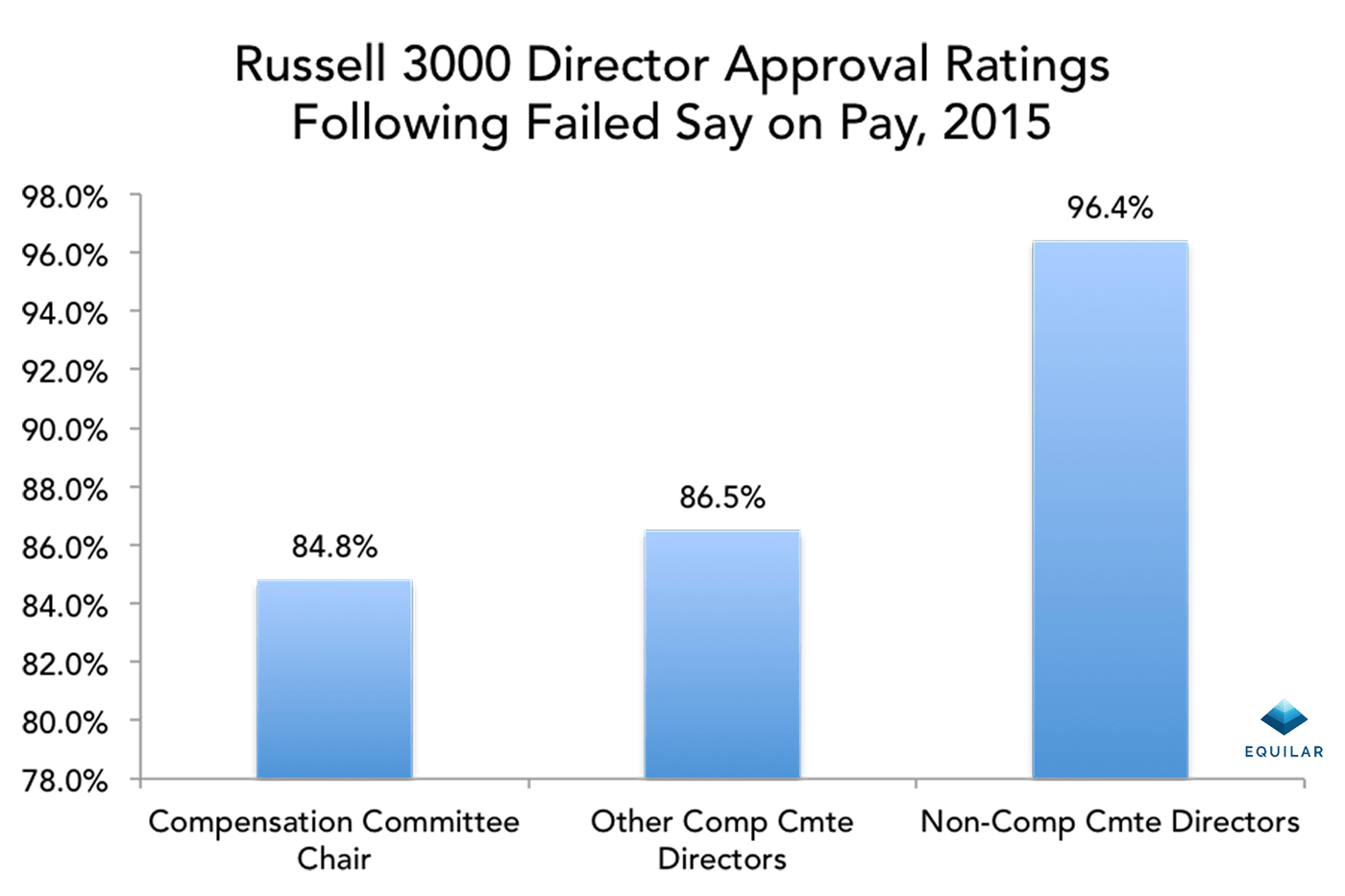 Evidence has repeatedly shown that shareholder engagement has increased and improved as a direct result of this mandatory vote on executive compensation. Amped up engagement has definitely meant better investor relations, and clearly has led to better Say on Pay voting outcomes. While we have seen changes to pay practices and executive compensation structures over time as a result of shareholder engagement—chiefly a larger connection between pay to company performance—those shifts often have a connection to performance defined as shareholder return, in many cases exclusively. However, pay amounts have not necessarily been affected materially, nor have there been distinct consequences to failing when companies actually run into shareholder dissent, possibly to the chagrin of the regulators and other interested parties that hoped to see executive pay curbed by the rule.

With SEC regulations like CEO pay ratio and pay for performance expected to feature heavily in future proxy seasons, the question remains whether perceptibly negative outcomes will move the needle in terms of shareholder approval on Say on Pay. So far, history says no.