REDWOOD CITY, CA (July 30, 2020) — Equilar, the leading provider of executive data solutions, today announced phase two of the Equilar Diversity Network (EDN) initiative. Over the past four years, Equilar and its EDN partners have grown the network to include over 20 organizations focused on driving diverse representation in corporate boardrooms. Combined, EDN hosts a robust pool of highly-qualified, diverse executives and board members with more than 500,000 member profiles available to Equilar clients.

The first phase of the EDN launch included driving increased reporting and visibility around gender representation in boardrooms of companies in the Russell 3000 index. Women now hold nearly 25% of board seats, up from 15% in 2016 when Equilar began quarterly reporting. Reaching gender parity is now attainable within the new decade as opposed to decades away.

Preparation is now underway for Equilar and its EDN partners to begin the next phase of the collective mission. Current minority representation data on public boards has seen sluggish progress with 7.5% African-American, 2.0% LatinX, and 1.0% Asian/Pacific Islander representation in the top 500 public companies by revenue. Starting on July 30, 2020, Equilar will launch a strategic data campaign to collect ethnicity data for executives and board members at all public companies. The goal is to build the largest database of ethnically diverse executive and board candidates to make it even easier for companies to connect with top minority candidates.

“The largest institutional investors and pension funds, employees and clients are calling for more diversity on corporate boards. Yet, minority representation continues to lag,” said David Chun, Founder and CEO of Equilar. “As we did in 2016, we are leaning into our strength as a leading data provider and the collective network of our partners. Together, we are inviting our clients and partners to participate in this campaign in an effort to increase representation of minority communities by connecting diverse talent to board opportunities. ”

“Many boards are committed to increasing diversity, but the level of data disclosed is insufficient to make meaningful progress,” said Janet Wong, lead executive advisor at Ascend Pinnacle, an initiative to increase the number of Pan-Asian corporate directors on public and large private company boards. “With Equilar, we are making attempts to remove that barrier. The end goal is to provide a single platform for boards to identify and evaluate top candidates with a variety of demographic and experiential backgrounds.”

“The Equilar Diversity Network supports our mission to increase LatinX representation in the boardroom. We are eager to partner on this data-driven approach to drive actionable goals and outcomes. The consortium we have formed is committed to driving meaningful change. The time is now, and it is even more crucial for boards to act. We are encouraging our members to participate and self-identify in this data campaign to ensure we have clear data, an action plan, and more opportunities for minority board candidates,” said Esther Aguilera, President and CEO at Latino Corporate Directors Association.

“Sigma Pi Phi is proud to join the Equilar Diversity Network in driving this critical initiative forward. This joint effort, the first of its kind, is truly groundbreaking not only for African Americans, but all underrepresented groups. Minority representation in the executive and board ranks has been dismal for too long. This is an opportunity to create change with a solid pipeline of diverse talent and connecting that talent to opportunities,” said Tracy Porter who heads the national initiative to increase African-American diversity on company boards for Sigma Pi Phi, the first Black fraternity founded in the U.S. in 1904, also known as the Boule.

In preparation for the launch of the campaign, a number of new partner organizations, both private and public, have joined the initiative. Equilar is proud to receive support from the private equity arena, and is pleased to welcome TPG, an existing partner of Equilar’s and member of the Equilar Diversity Network, to the campaign. TPG has been focused on board diversity for several years, and in 2017, launched a targeted initiative dedicated to placing diverse directors on every company board that lacked diverse representation. Today, TPG companies have added over 80 women to their boards, with plans to further increase focus on racial and ethnic diversity, and the LGBTQ+ community.

“We firmly believe that diversity of background, thought and experience at the board level leads to more strategic decision making and stronger business outcomes,” said Ben Holzemer, Global Head of Human Capital at TPG. “We have a great opportunity as investors to influence diversity across industries, and over the past few years have been actively engaged with our partners, portfolio, and internal database of more than 1,200 diverse candidates to drive real change at the board level. We are proud to join forces with the Equilar Diversity Network and look forward to working together to bring this important effort to scale.”

Visit the Equilar website and EDN partner page to learn more about the upcoming data campaign.

Equilar is the leading provider of executive and board data solutions. Companies of all sizes rely on Equilar for their most important business decisions, including 70% of the Fortune 500 and institutional investors representing over $20 trillion in assets. Equilar offers data-driven solutions for business development, recruiting, executive compensation and shareholder engagement that bring together business leaders to drive exceptional results. Founded in 2000, Equilar is cited regularly by Associated Press, Bloomberg, CNBC, The New York Times, The Wall Street Journal and other leading media outlets. Learn more at www.equilar.com. 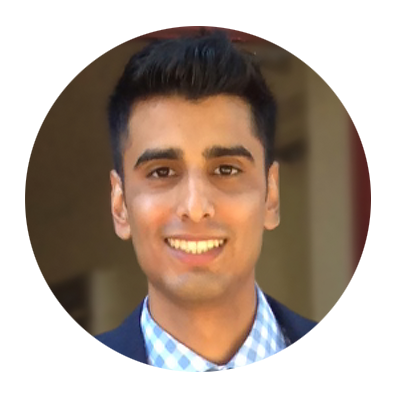