Companies Just Say No to “Pay for Pulse” 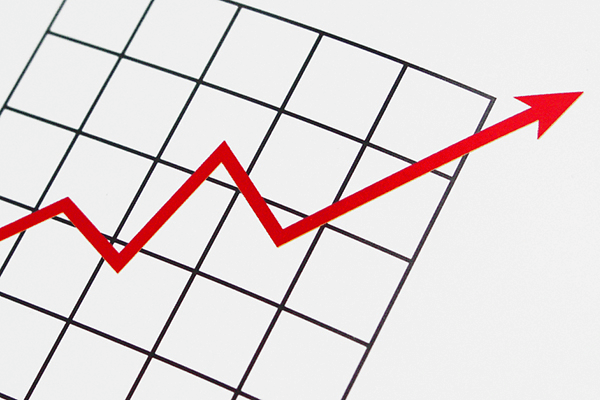 In the wake of Dodd-Frank, Say on Pay, and calls from proxy advisors and shareholders for stronger links between pay and performance, public companies have taken a closer look at the design of long-term incentive plans (LTIP). For example, in a recent study of named executive officers in the Equilar 100, Equilar found at least 70% of the executive pay mix was “at risk” under LTIPs over the last three years, and at a broader level, companies are using more performance-based equity grants in long-term incentive plans. According to Equilar’s 2015 Equity Trends Report, nearly 70% of S&P 1500 companies used performance awards in 2014, up from about 50% in 2010.

A closer look at LTIPs revealed that performance awards (in the form of units, stock, and options) comprised almost 80% of individual incentive plans. Equity awards that vest over time—or time-based awards—made up the remainder, and often receive criticism being referred to as “pay for pulse." Indeed, the appearance of options in executive pay packages has declined in recent years, included in just 60.7% of S&P 1500 incentive plans, down from 75.2% in 2010. 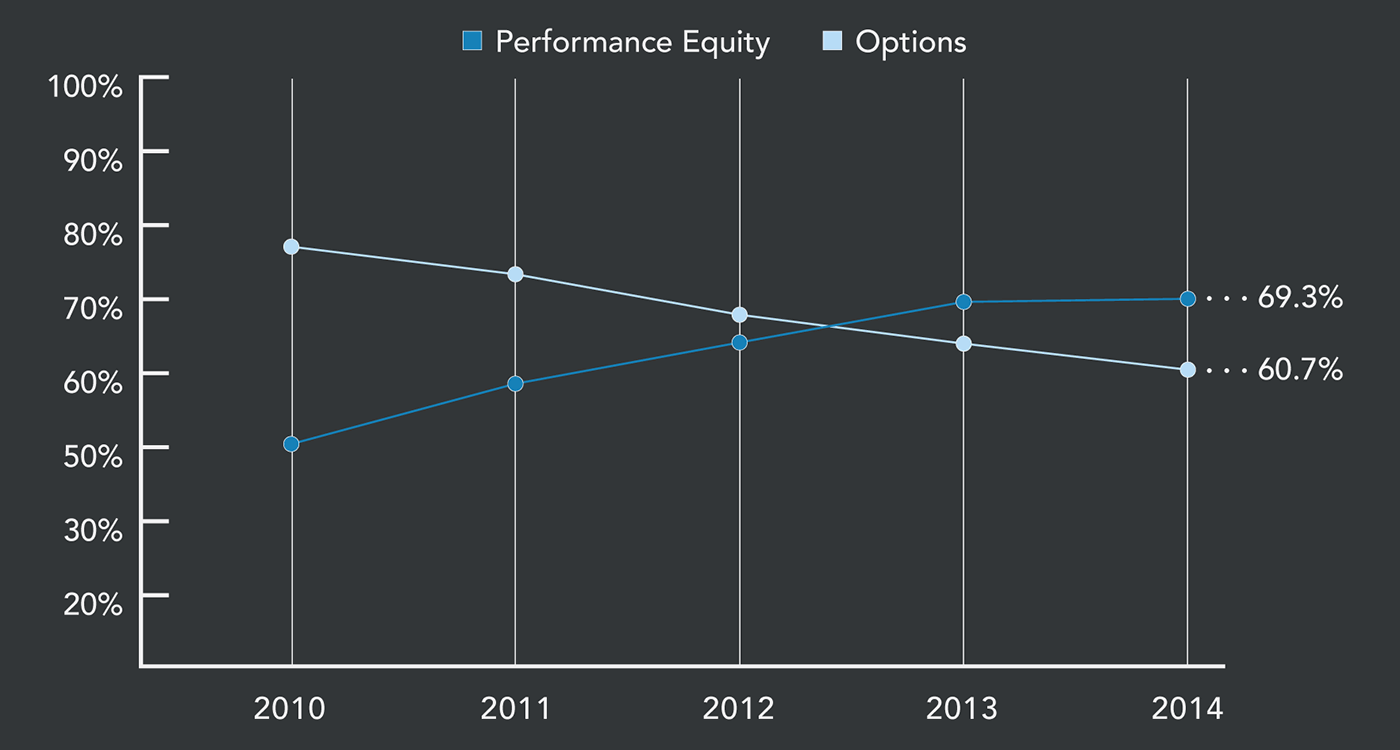 Equilar’s Research Services team recently conducted an analysis on companies in the Fortune 500 that eschew time-based awards and grant 100% of their LTIPs in the form of performance awards. Slightly more than 10% of the Fortune 500—or 51 companies—used performance equity exclusively. The list varied by industry, but notably included multiple energy, retail and media companies. Typically, companies will have a 50/50 or 60/40 split between performance-based and time-based awards. Such is the case at Johnson & Johnson (filed 3/11/15), highlighted below, whose vehicle mix includes 50% performance units, 20% restricted stock, and 30% options.

Clearly, design strategies to implement effective long-term pay plans for executives vary, but the goal of every LTIP is to drive high company performance and promote executive retention. Because all plans share the objective of providing line-of-sight into how performance affects pay, the movement toward more performance-based awards is a clear indication that compensation committees and plan designers are dedicated to creating long-term shareholder value.

For more details on incentive plans and to purchase the underlying data used in this post, or to learn more about custom research available through Equilar’s Research Services, please contact the Equilar research team at researchservices@equilar.com.