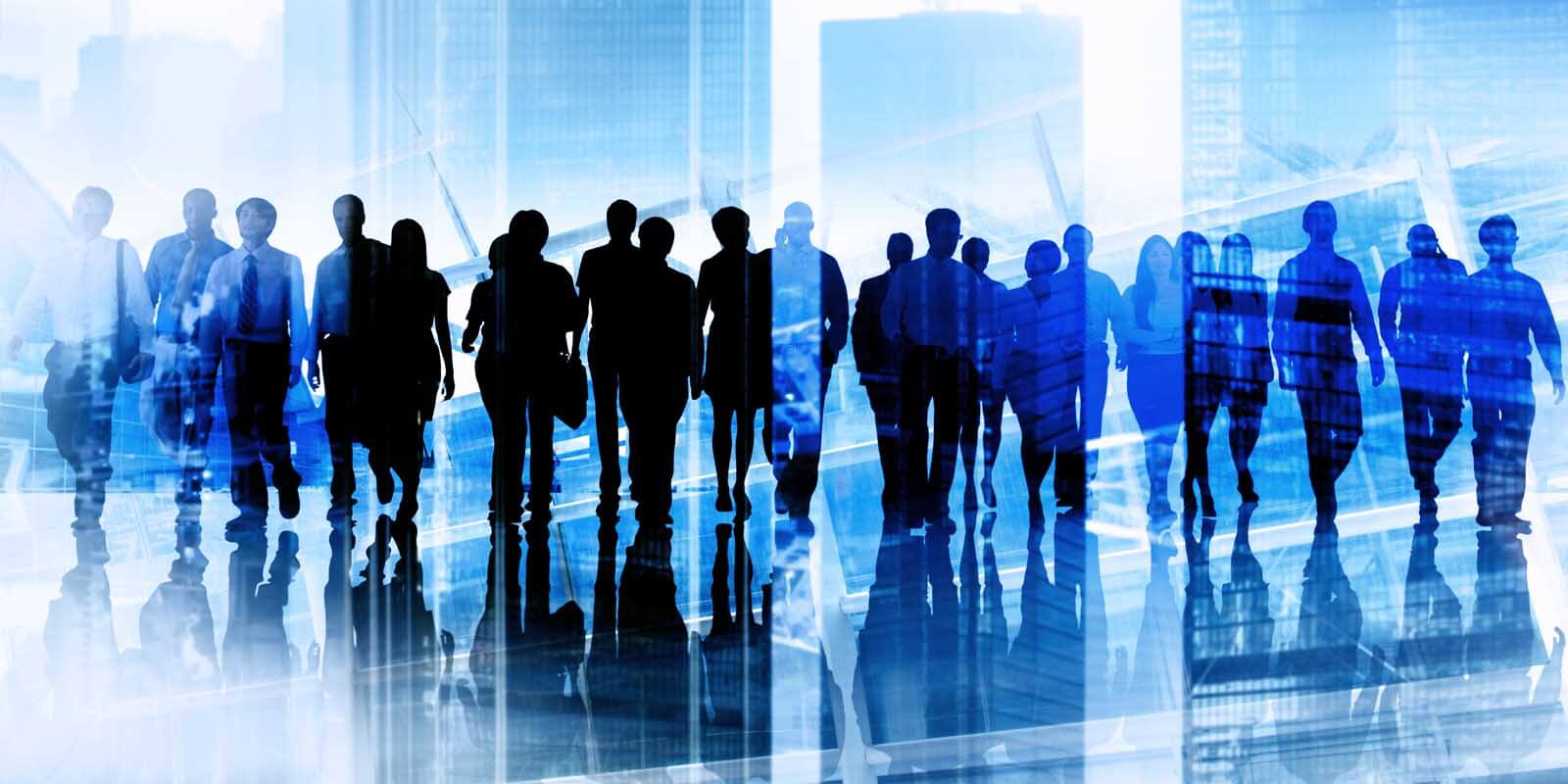 In 2016, the services and technology sectors outperformed the S&P 500 in terms of adding gender diversity to boards of directors, with 31.2% and 29.2% of new directors being women, respectively. For the technology sector specifically, this trend follows years of lagging behind on female representation in the boardroom. By 2015, most industries surpassed the 20% mark with the exception of basic materials, industrial goods and technology. As seen in the numbers for 2016, the latter two industries were near the top of the list in adding new female directors.

Interestingly, the consumer goods industry, which up until 2015 had the highest percentage of female directors, had the smallest percentage of women taking open board positions last year (20.9%). According to the recent Equilar report, Board Composition & Recruiting Trends, which featured commentary from Semler Brossy Consulting Group, the services industry has since surpassed the consumer goods industry, slightly, with 22.6% of board seats occupied by women in 2016, due to the higher percent of women taking open board seats in the past 12 months.

Despite the progress in the technology industry, it still remains the third-lowest in terms of women representation on boards (21%). Clearly efforts are being made to close the gap from 14.4% in 2012. Similarly, the industrial goods industry is ranked third in terms of adding new female directors, with women representing one-quarter of new board members added in the last year. The sector has seen an increase in female representation from 14.1% in 2012 to 19.6% in 2016. Overall, it appears that sectors needing to make the greatest strides to catch up are making efforts to add more diversity in the boardroom (at least as far as is indicated by gender representation data). 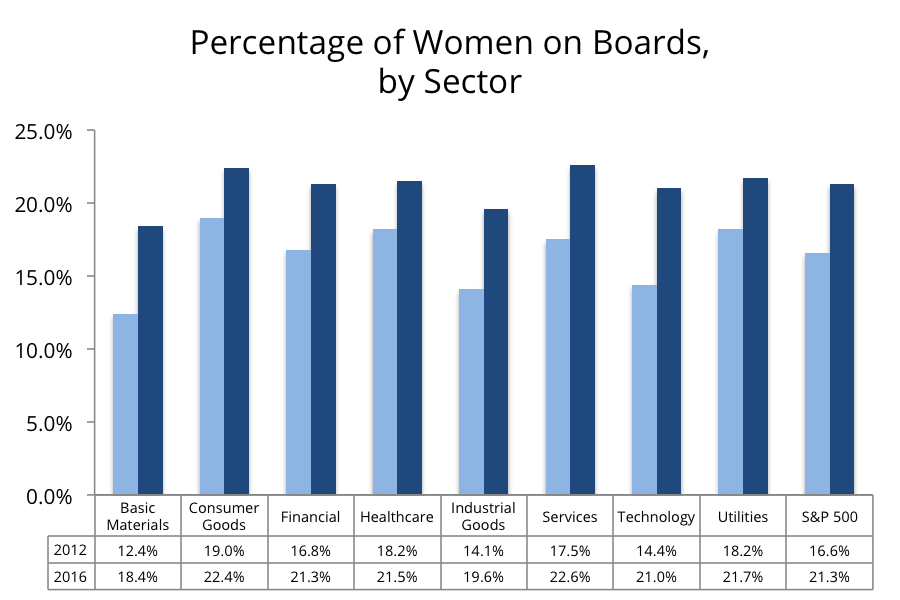 Last year was considered a “breakout” year for diversity initiatives by many accounts, but when you look at the data, there’s still much more room to grow. According to the latest Equilar projections, it will take nearly 40 years to reach gender parity, as an example. And minority representation is trailing even farther behind.